Review: Lil Baby Validates His Buzz With Debut "Harder Than Ever" 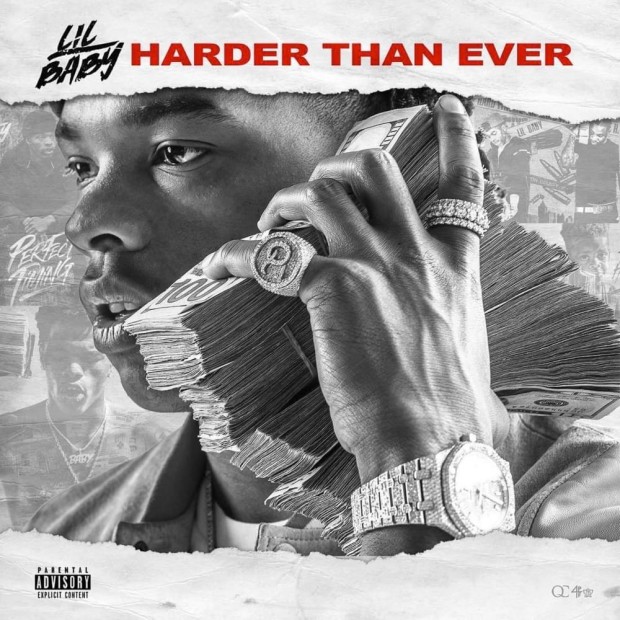 If Lil Baby’s ascent to the forefront of Atlanta’s rap scene seemed sudden, that’s because it was: At the top of 2017, the newcomer allegedly had never even touched a microphone with the hopes of recording. He’s more than made up for lost time in the past 13 months, flooding the streets with four well-received mixtapes which preceded his official debut album, Harder Than Ever.

With co-signs and high-profile features galore — none more notable than the coveted Drake stimulus on “Yes Indeed” — the 23-year-old upstart proves why he attracted the attention of his local power house, Quality Control.

While Harder Than Ever doesn’t offer groundbreaking ethos or insight to the mind of an Atlanta youth, its effortlessness marks its true appeal. Throughout the album, subtle melodies in his delivery elevate his blistering flow to another level (see the standout diatribe “Life Goes On”). Lil Uzi Vert and Gunna contribute impressive verses as well, floating over the beat as Baby proudly boasts his lifestyle. Gunna comes through again on “Southside,” riding the same winning formula as the rest of their long list of collaborations, dating back to “Up” on Lil Baby’s first mixtape Perfect Timing.

On the beatmaking end of things, Turbo’s production races to the finish line, mellow and restrained yet packed with energy due to the hi-hats and effects that keep the background engaging. On “Exotic,” a more menacing beat courtesy of Tay Keith houses one of Lil Baby’s best quotable from the album: “They say it’s cheaper to keep her / fuck it, I’m rich so I left her.”

Given that 2018 is still his rookie year, it’s clear that Lil Baby’s punchlines leave something to be desired. Rather than boasting clever wordplay or metaphors, his vocals act as an additional instrument, layering rhythms and melodies to boost the production. The aforementioned “Yes Indeed” is an exception; the Atlanta rapper goes toe-to-toe with Drake with eccentric comparisons between his car and a Pikachu, before punctuating his verse with the absurdly straightforward, and perhaps the most double-take inducing bar of the year: “wah-wah-wah / bitch I’m Lil Baby.”

Harder Than Ever’s star power compensates for Mr. Dominque Jones’ still budding lyrical abilities. Whether its Offset hijacking the scene with dominating ab-libs on “Transporter;” or dominating Young Thug injecting life into the dreary 808’s on “Right Now;” or the aforementioned Drake-featured subtle banger, “Yes Indeed,” Harder Than Ever slides seamlessly into the current rap landscape without overstaying its welcome.

When you factor in his demonstrated ferocious work ethic, existing output and upside potential, expect Lil Baby’s name to ring out in the conversation for a while