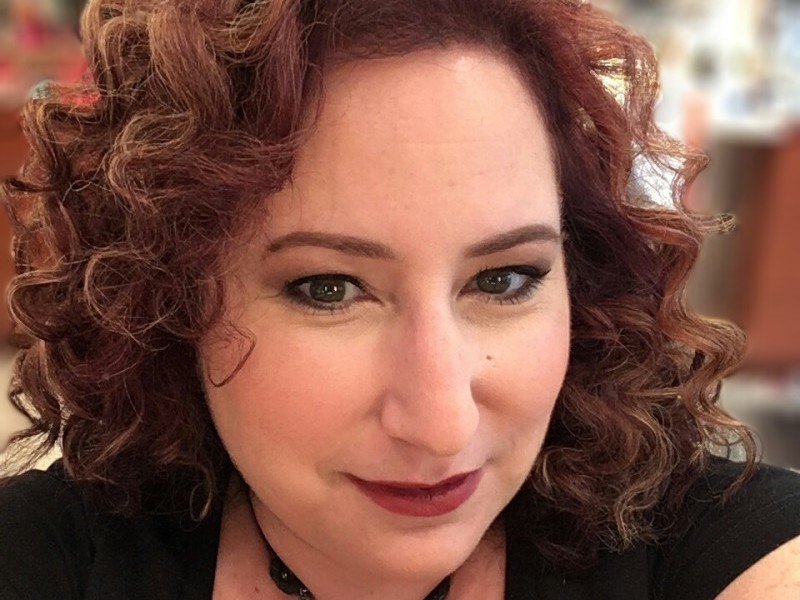 Since the early days, sampling has been a critical part of making great Hip Hop music. When done well, sampling can breathe new life into decades-old hits or transform forgotten tracks into something contemporary and fresh. But behind these catchy beats, there’s potential for heated negotiations, lawsuits, and complicated contracts.

That’s where Deborah Mannis-Gardner steps in.

As president of DMG Clearances, she secures clearance deals for songs. Over the last 25 years, she’s helped clear songs for some of Hip Hop’s most legendary acts, building up an expansive CV that spans from The Notorious B.I.G to Kendrick Lamar.

Fresh off a Grammy win for her work music supervising on HBO’s The Defiant Ones, she spoke with HipHopDX about her involvement with Cash Money, the art of sampling, and what aspiring artists should look out for when making their own beats.

HipHopDX: How did you get involved with doing music clearances?

Deborah Mannis-Gardner: I have been doing music clearances since 1990. My specialty and my love is actually sample clearances for rap and Hip Hop. I was told that it’s a phase, that this music [Hip Hop] won’t be around and sampling is stealing. [But] I believed in it. I believed that sampling is an artform like a collage. If you don’t consider a collage to be a piece of art even that it’s in a museum than I can understand you not understanding sampling. If you’re a cook and making a gumbo, that’s made by all these different things that you think don’t mix together but when you do it tastes great, that’s what sampling is. And I love it! So, when we first started doing it — and there were only a few of us — we were told that “this is theft, this is wrong, you can’t do it.” We proved everyone wrong. It’s 2018 and it’s still going strong and it’s still very relevant.

HipHopDX: You have been an adamant defender of artists’ creativity. You have previously argued that many artists are being unfairly targeted by lawsuits and that instances like the “Blurred Lines” lawsuit with Robin Thicke and Pharrell will have a detrimental effect on artists’ creativity. Can you elaborate on that?

Deborah Mannis-Gardner: Personally, when I am at home or in my car, I am listening to rock music. When one artist sounded similar to another, we use the word “influenced.” But in this genre of music — Hip Hop, rap, and R&B — they don’t use that term. They use the term “theft.” And I have always felt that way. I would hear a contemporary artist and I would hear a bass line, I would say “wow that sounds like Violent Femmes” and people would say, “No, they were just influenced by them!” But we would never say Chris Brown or Pharrell was “influenced” by someone else, people just say “they stole, they sampled, they interpolated.” So, I do feel pretty strongly about that. There are more suits coming up that we read about — the Ed Sheeran situation, the Taylor Swift situation — where it’s more of the white pop contemporary. But when you get these claim letters coming in, it’s mostly against the Hip Hop and rap community. We do everything we can to prevent that. A lot of my clients go to Dr. Ferrara, this amazing musicologist out of NYU if they are concerned that an accusation would arrive and they have him listen to it.

Deborah Mannis-Gardner: I think they are susceptible because the basis of Hip Hop came from sampling and not clearing to have the copyright. It started that way with Kurtis Blow and the Sugarhill Gang in the late 1970s. They [critics of Hip Hop] just think its a continuation of that. So, I think that this genre of music came out with a tarnished outlook of ‘“it’s based on theft, they can’t play instruments” which infuriates me. But as for the lawsuits and claims that have come in, I think my clients are just more careful. We have discussions where we analyze and evaluate [the music]. We [DMG] don’t limit ourselves to large artists, we take on all artists and all producers to educate. That’s why I am also involved with Tracklib, a company that’s automating sample clearances and making it easier and more accessible and [making it cost] less money. With Tracklib, we are trying to get catalogs that people like to sample but they won’t have to pay an arm and a leg.

HipHopDX: What has been the most challenging song you have had to clear for Hip Hop?

Deborah Mannis-Gardner: I clear around 100-150 samples a month. So, it’s really hard to say. I always like a challenge. I think the hardest samples to clear is when it’s dialogue from movies.

HipHopDX: Do you have any advice for up-and-coming Hip Hop artists and producers in regards to sampling?

Deborah Mannis-Gardner: If you use someone else’s material, clear it. Even if you are going to just put it on SoundCloud or YouTube because it’s going to get pulled down. If you are doing it to promote yourself and you get picked up and signed then you won’t be able to clear your new stuff, until you clean up your old stuff. There’s no excuse. Tracklib will help up-and-coming Hip Hop artists clear their samples and keep it economical.

HipHopDX: As you said, sampling is its own artform. Which Hip Hop artists have done the most interesting work with samples?

Deborah Mannis-Gardner: I did Kendrick Lamar’s To Pimp A Butterfly and he had four to six producers on each song with multiple samples. Every aspect of that album gave me goosebumps. I work with a lot of different artists and producers and I love all of their different techniques. [Also] what Drake does with 40. You know everyone just looks at Drake as this pop artist but I look at this production side that he has with his team of producers and they have these really exciting snippets of samples. I just did an album with Logic and that was exciting and fun with the stuff that him and his producers used. I did Marshall’s [Eminem] last album and he had the standard Rick Rubin stuff, who is still a genius. I also did JAY-Z’s 4:44 album with No I.D. and that was neat what he was doing. All that music — each album, each artist, each portion of a sample — is completely different. Two different artists can use the same sample, but completely differently. And that’s what’s cool, or at least I think so.

HipHopDX: I recently watched Before Anythang: The Cash Money Story, when did you first get involved with Cash Money?

Deborah Mannis-Gardner: I have been working with them since their heyday with Lil Wayne. It’s been a long time.

HipHopDX: Why do you think Cash Money has been so successful?

Deborah Mannis-Gardner: They have had a good team of people working with them. To be successful, it’s a team effort. Baby and Slim have always been actively involved with Drake, Nicki, and Lil Wayne. I think Universal saw that and that’s why they helped finance it.

For more information on DMG and all its products and services, visit their official website.