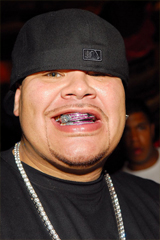 Get Your Mind Right: Obesity In Hip Hop

Here’s something to think about: One in every three American adults aged 20-74 is overweight. That’s 58 million people.

“Overweight” and “Obesity” are terms that are used a lot. To be overweight is to have an excess amount of body weight that includes muscle, bone, fat, and water. “Obesity” specifically refers to the excess accumulation of body fat. One can be overweight without being obese: a body builder who has a lot of muscle, for example. However, for practical purposes, most people who are overweight are also obese. Doctors and scientists generally agree that men with more than 25 percent body fat and women with more than 30 percent body fat are obese. The big deal is that obesity leads to high blood pressure, gallbladder disease, certain types of diabetes, heart disease, and in extreme instances, death.

The Bad Rap on Obesity

Perhaps the most recognizable obese hip hop artist was Christopher Lee Rios, better known as Big Pun. Big Pun’s career was cut short on Februrary 7, 2000 by a fatal heart attack due directly to his acute obesity. In the last years of his life Pun fluctuated between 450 and 700 pounds.

R.I.P. Big Pun, far be it from me to criticize a man for his health problems. But Pun’s life does highlight an important (yet often overlooked) issue for society in general and the hip hop community in particular. I’ll get to that it in a second, but first a little quiz.

How many hip hop artists can you name who have names and/or alias associated with their size?

There’s Big Pun & Fat Joe of course, and several other obvious picks such as the umm, huge 80’s group the Fat Boys. But that is just the beginning: what about Fatman Scoop, Fat Pat and the unbelievable long list of rappers with “big” in their moniker. Off the top of my head there’s Big Mike, Big Daddy Kane, Big Gipp, the Big Tymers, Big Boi, Big Shug and of course, the Notorious B.I.G. himself. Not to mention cats like Large Professor, and Heavy D. Plus, included in this category are all those with some version of Lil’ (you-fill-in-the-blank) in their name.

It is clear then, that physical size plays a pretty umm, substantial role in the carving out the rap landscape of the last 2 decades. And here is where the critical issue lies. Hip hop culture continually gets a pass when it comes to this obviously important health issue. In fact, one could even make the argument that hip hop actually endorses obesity.

A Lot to Swallow


Consider this: What kids from the suburbs call “cool”, kids from the hood (at least from my day) call “phat”. Hell, Russell & Kimora Lee have millions of us walking around in Phat Farm and Baby Phat clothing. And if you want to get real deep, let’s talk about why (since the early 90s) oversized clothing has dominated hip hop fashion, prompting contemporary rappers like Kanye West and Andre 3000 to put the whole trend on blast:

Your white tee, well to me looks like a night gown/make your momma proud, take that thang two sizes down…

Fortunately more people are beginning to see obesity for what it is. The reality, especially for black America, is that obesity is killing us. Many experts now admit that Americans are facing a health crisis when it comes to weight. Behind smoking, obesity ranks #2 on the list preventable health-related deaths.

I cringe when I see characters like Mo’Nique celebrate obesity with movies like 2006’s Phat Girlz & assinine shows like Mo’Nique’s Fat Chance. It’s irresponsible, it’s disgusting, and it needs to stop.

Pop culture icons like the Olsen twins and Lindsay Lohan are easy ammunition for critics who target the entertainment industry’s role in creating nightmarish body image standards. Perhaps rightly so. But to criticize white women (who make up the overwhelming majority of eating disorder cases in this country) for their maladaptive body image while celebrating other groups’ struggles with obesity is pure hypocrisy.

I’m not condemning or hating-on fat people. And yes, I recognize that people come in all shapes and sizes, and that everyone is beautiful. This is why the “obese” vs. “overweight” distinction is so important. But it’s time hip hop stopped embracing such a potentially harmful and psychologically dangerous mentality.

Get Your Mind Right: Obesity is not a good look.