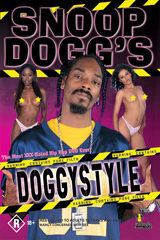 Quick question: what do Snoop Dogg, Lil Jon, 50 Cent, and OutKast have in common?

That’s right, each of the prominent rappers listed above have a vested interest in the pornography industry. Lil Jon has the Lil Jon and the East Side Boyz American Sex Series. 50 has an interactive sex DVD, titled Groupie Luv, featuring G-Unit that allows the viewer to select partners, sexual positions, camera angles and even the dispositions of the women. In 2004 Playboy TV introduced a new hip-hop-themed series called Buckwild. The show features mainstream stars like OutKast, Snoop Dogg, Nelly and Busta Rhymes hanging out with a bunch of young women called the Buckwild Girls.

• 12% of all websites are pornographic

• 35% of all internet downloads are pornographic in nature

• “Sex” is the most searched word on the internet

That was 30 years ago. More recent data, however, tells the same tale. For example, a 1999 Journal of Psychology and Human Sexuality study examined the effects of internet pornography on male college students’ attitudes towards women. The study found no effects whatsoever on men’s general attitudes towards women, their self-reported likelihood of sexually harassing a woman, or rape myth acceptance.

So then, where’s the debate?

Outside of the hip hop community, social commentators, talk show personalities and politicians have all gone on the record denouncing the hyper-sexual content of the average rap video. Misogyny this, sexism that… blah blah blah. So much has been made of the recent proliferation of women seeking stardom as video models that household names like Vida Guerra, Esther Baxter, & Melyssa Ford immediately come to mind, but these are only the tip of the iceberg. Critics are quick to speak out against the “exploitation” of these women; but rarely do you hear any substance to their gripes.

Turns out that there is: a little phenomenon known as stimulus desensitization. Basically, psychologists think that when visual material is used as a source of arousal, repeated exposure to it inevitably results in lower levels of sensitivity. This desensitizing process is used routinely in psychiatric sessions to help cure phobias and anxiety disorders. The bottom line is that once desensitization takes place, more extreme levels of the material are tolerated.

You can say that again. One need only look at the evolution of cheerleading in the U.S. to see that Americans today tolerate a lot more than they did in the 1920s. Or better yet, take a look at some music videos from the 90s. There’s more skin on 106 & Park then there was in Tupac’s classic ode to sexual promiscuity “I Get Around”.

There’s a similar psychological principle called disinhibition. Disinhibition occurs whenever something causes a person to be more likely to do something that they usually would not. If you’ve ever “loosened up” at a party after a few drinks, you know that alcohol is (among other things) a powerful disinhibitor. Experts believe that disinhibition is also a factor when if comes to viewing pornographic images. If the viewer originally felt inhibited by social constraints about certain acts – like, say, fellatio – then repeated exposure to the material in which these acts are successfully depicted serves to reduce inhibitions. The acts become increasingly less troubling and more acceptable to the viewer.

One study of more than 100 pornographic sites found that pornographic materials on the Internet depict women as sexual objects and as willing, submissive, and subjugated to the needs of the male dominator. Clearly then, becoming desensitized to such negativity is not a good thing.

Meanwhile skirts will continue to get shorter, magazine racks will get racier, and hip hop will get naughtier as we continue our descent into the moral toilet bowl we call American culture.

Get Your Mind Right.