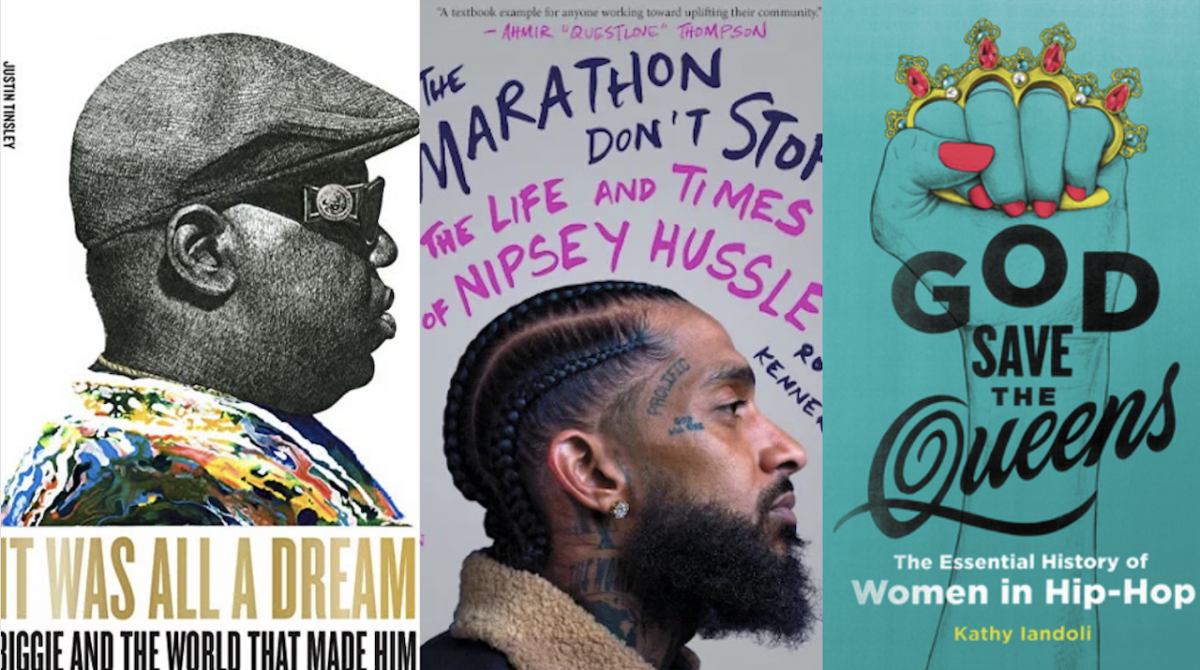 7 Essential Hip-Hop Books For Back To School

It’s Back To School time but at HipHopDX we’re always learning.

As the summer season breathes its last gasp, autumn patiently awaits its turn. Green leaves give way to yellow, orange and auburn as the daylight hours begin to fleck away second by second. Yellow school buses and overly air conditioned classrooms stand at the ready as silent sentinels on guard for the throngs of young and intrepid minds that are about to fill their space.

Indeed, a great number of those minds were shaped by Hip Hop culture in its contemporary form. Hip Hop is no less relevant to the modern student than other forms of music were to their elder countryman in times that are all but completely forgotten today.

In the spirit of shared knowledge steeped in culture, HipHopDX offers a list of books by some of our favorite Hip Hop scribes that we feel nurture the ongoing curiosity and an insatiable lust for learning of the children and grandchildren raised on Hip Hop culture.

The Marathon Don’t Stop: The Life and Times of Nipsey Hussle

Written by former Vibe magazine founding editor Rob Kenner, The Marathon Don’t Stop: The Life and Times of Nipsey Hussle takes readers on a 10-year journey within the life of Nipsey Hussle, the late artist, activist and mogul who wanted to change the hood, as well as the world’s view of it, for the better.

It is also the first deep biographical dive into the life of the slain Los Angeles rapper, born Ermias Joseph Asghedom. The book explores the lyrics, business acumen and the inspirational hold that he has on his own generation, as well as those who will certainly follow in his footsteps.

His death on March 31, 2019, in the very neighborhood that he sought to inspire and uplift, sent shockwaves throughout the culture. In his book, Kenner explores the relationship he had with the rapper, as well as Nipsey’s personal inspirations that acted as catalysts for his resolve to be a force both artistically, socially and in the business world.

It Was All a Dream: Biggie and the World That Made Him

A quick search engine query will find that there are no fewer than a half dozen biographies written about the life, lyrics and legacy of the man born as Christopher Wallace, whom the world would come to know as Notorious B.I.G.

Biggie has been dead for 25 years and creatives who dabble in all sorts of mediums have tried to interpret his early street life, the deeper meaning behind his lyrics, and his very existence, but nothing beats a well-written book when it comes to imparting greater details and nuance to the legitimately curious reader.

This is the lofty mission of It Was All a Dream: Biggie and the World that Made Him, written by Justin Tinsley. Originally published to coincide with what would have been Big’s 50th birthday, It Was All a Dream attempts to not only help individuals remember the details of his life, but of his legacy as well. Based on extensive interviews with those who knew and loved Biggie, including neighbors, friends, DJs, party promoters, and journalists, this is not to be missed.

God Save the Queens: The Essential History of Women in Hip Hop

The lack of recognition for women in Hip Hop music has been a major knock against the industry for at least 40 years.

From lower production budgets, to lackluster marketing rollouts, to unbridled misogyny and chauvinism, the historic placement of women onto rap’s back-burner is egregious at best.

However, with God Save the Queens: The Essential History of Women in Hip Hop, author and former HipHopDX scribe Kathy Iandoli seeks to shine light on the women rappers in a greater historical context at a time when many would-be heirs to the throne built by Queen Latifah, Roxanne Shante, Salt-N-Pepa, Missy Elliot, are enjoying unprecedented success.

While Megan Thee Stallion, Nicki Minaj and Cardi B continue to dominate the airwaves, it could be easily misconstrued that their version of Hip Hop is monolithic.

God Save the Queens explores issues of gender, money, body imagery, objectification, sexuality, and many other obstacles that female rappers must overcome just to get their foot in the door.

Born in Detroit, Michigan on February 7, 1974, J. Dilla would become synonymous with the grandest ideas of musicianship, creativity and influence in Hip Hop music. Indeed, while other producer contemporaries may have sold more records and had more hits, Dilla’s beats were so understated yet soulful, effortlessly encompassing all of the aforementioned attributes of craftsmanship so sorely lacking among many.

In Dilla Time, author Dan Charnas gives readers an overdue review of the life of a Detroit prodigy who came into the greater Hip Hop consciousness with Slum Village and Soulquarians.

From growing up in an extraordinary household as the child of an opera singer mother and jazz bassist father, to his untimely demise at age 32, Dilla Time paints an intimate picture of an artist whose influence and creativity continues to artistically resonate, both with his contemporaries and musical  offspring.

Promise That You Will Sing About Me: The Power and Poetry Of Kendrick Lamar

The creativity and career of Kendrick Lamar provides valuable fodder for any writer worth his/her salt to endlessly write about its merits.

However, the fact that there aren’t scores and scores of Kendrick Lamar autobiographies in print could be interpreted as a testament of two things; how many people are confident enough to write a Hip Hop book about one of the biggest rap renegades of the past 25 years and, secondly, that some are perhaps averse to the idea due to Compton’s most recent favorite son not yet having a full enough career to garner such an undertaking because, perhaps, he’s not violent and he’s still among the living.

Indeed, perhaps it is because of these attributes, and scores more, that some fans and cultural critics believe that Kendrick is already in the upper pantheon in the halls of the greatest rappers to ever live.

Enter Promise That You Will Sing About Me: The Power & Poetry Of Kendrick Lamar by Miles Marshall Lewis. The author provides insightful commentary from the likes of Ta-Nehisi Coates and combines it with lyrical analysis and graphic designs to give a glimpse into the makings of one of the most enigmatic musicians of our time.

The Motherlode by Clover Hope gives long overdue homage and respect to the 100 women who helped mold and shape contemporary Hip Hop culture into its present form.  From Lizzo and Cardi B to Lauryn Hill and Missy Elliott and all the greats that manifested after MC Sha-Rock all the way up to Meg Thee Stallion, Clover breaks down aspects of female emceeing from a multitude of levels.

The characters, caricatures and regal rhymers that bring that divine feminine energy to the listening public are broken down and analyzed as she tries to discern why she feels many female rappers are locked in a limbo that finds their careers often occupying a space between respected rhyme sayers and objectified eye candy.

The Motherlode seeks to highlight the musical breakthroughs, careers and illustrate how their legacies help make Hip Hop culture what it is today.

With a musical knowledge base that spans 40 years and crosses the entire width and depth of American music in all of its forms, author Danyel Smith immediately introduces the reader to a narrative perspective that is lovingly Black and proudly female.

Danyel Smith has been instrumental in helping craft Hip Hop and urban journalism almost from the very beginning of her career as a writer and editor for Vibe and Billboard magazine. Smith also continues to wax nostalgic on the immeasurable impact of Black women in music and popular culture as the host of the Black Girl Songbook podcast.

The Rose That Grew From Concrete

Tupac Shakur is one of the most quoted lyricists of all time. His cadence often straddled the artistic line between Hip Hop rhyme flow and the stanzas of poetry produced by the most prolific writers of the Harlem Renaissance. We can see his artistry begin to come to life in Tupac’s poetry collection The Rose That Grew From Concrete written by Tupac Shakur between 1989 and 1990.

These deeply personal, revealing and vulnerable thoughts of a young Pac are often lost in the adulation of the Tupac Shakur that popularized Thug Life, who rebelled against the establishment, and who was on the verge of Hollywood superstardom before his untimely death.

This Tupac is vulnerable, introspective and innocent in his ability to find beauty, wisdom and strength in the hood. With a preface by mother Afeni Shakur and foreword by Nikki Giovanni, The Rose That Grew From Concrete provides a perspective into the thought processes of Tupac Shakur better than many of his most popular albums ever did. 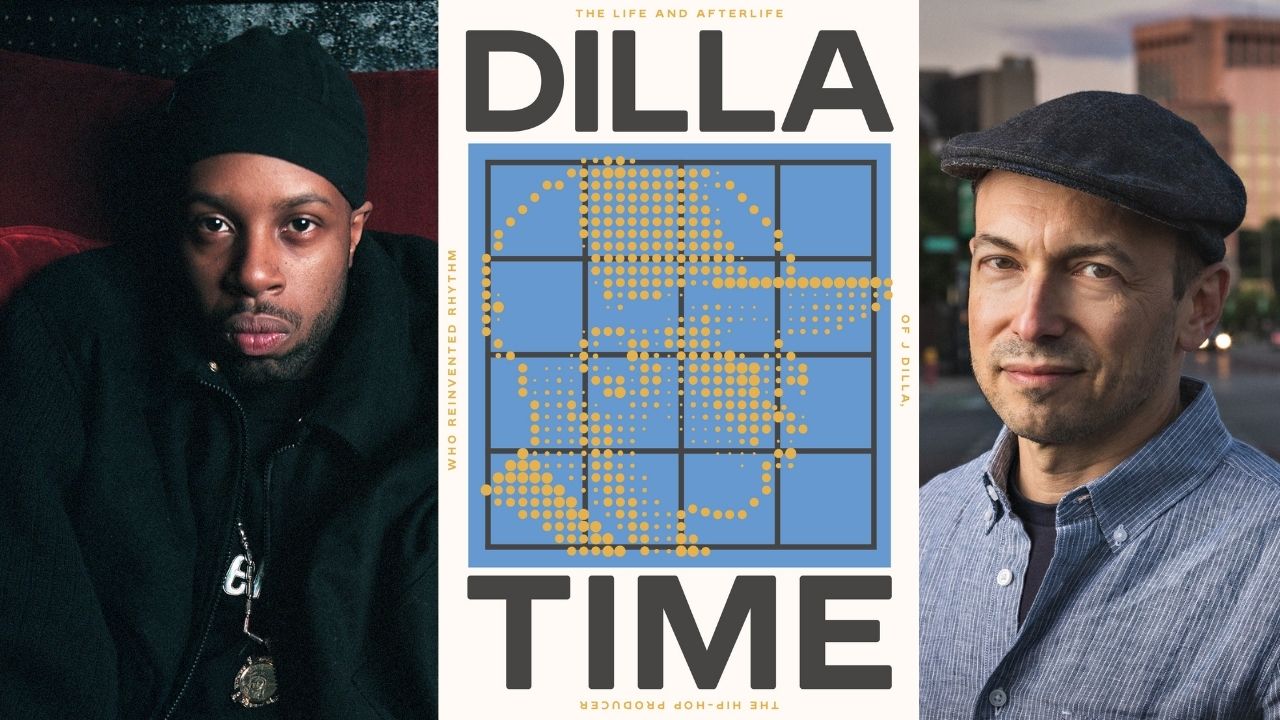 Instead We Became Evil: A True Story Of Survival & Perseverance by Sleiman and Dart Adams

The Community: A Memoir  by N. Jamilya Chisolm

The Movement Made Us: A Father, a Son, and the Legacy of a Freedom Ride by David Dennis, Jr.