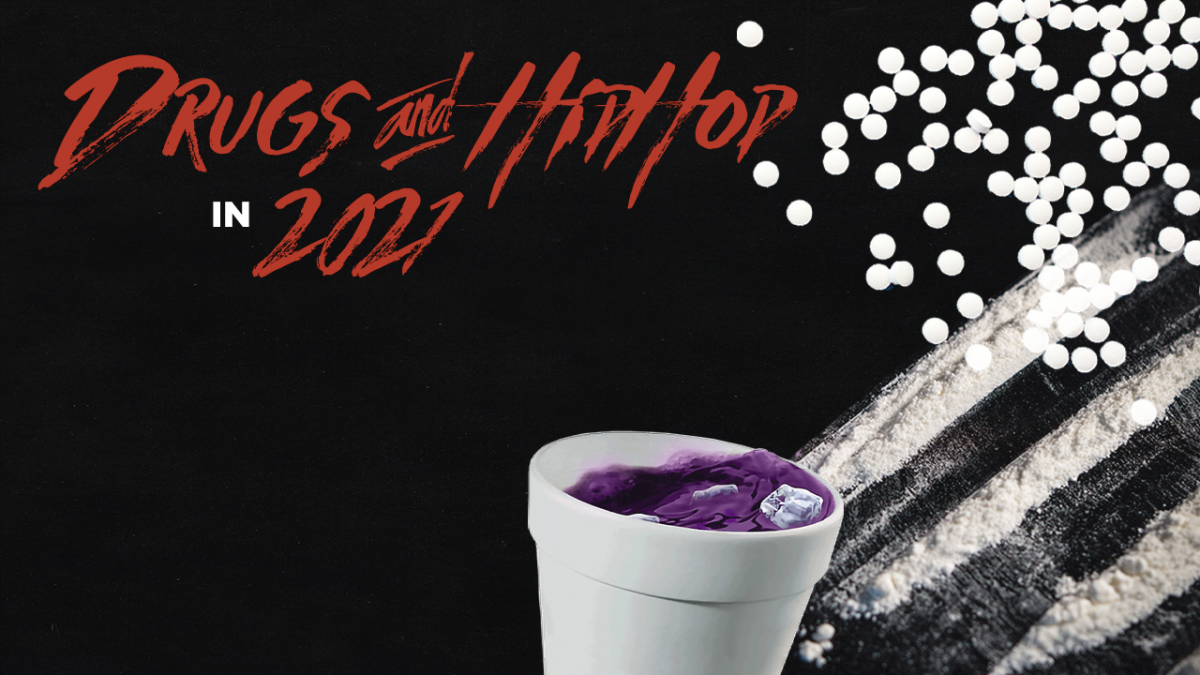 The U.S. Drug Epidemic Is An Ongoing Crisis & Hip Hop Is One Of Its Many Victims

Hip Hop/R&B music’s raging popularity has been soaring high as of late, contributing to 225.24 million sales scans in 2020 — a commanding lead amongst all genres. The effort was spearheaded by the likes of Lil Baby, Lil Uzi Vert, Roddy Ricch, Juice WRLD, Pop Smoke and Eminem and much of the content echoes that of immediate society.

And naturally, much of the content includes drug culture. Much like the battle against COVID-19, the drug and opioid epidemic has created its own host of challenges that influence the music, trends and peripheral creation of the art. According to the Centers for Disease Control and Prevention (CDC), drug overdose deaths increased by nearly five percent from 2018 to 2019 and have even quadrupled since 1999.

To make matters even more dire, the ongoing COVID-19 pandemic has been solely blamed for making the nation’s drug epidemic “worse,” so reports the American Medical Association. To close out 2021, President Joe Biden launched dual executive orders to combat what they call a “billion-dollar business” responsible for the deaths of 100,000 Americans in just the span of a year. Yet, this country has seen “war on drugs” initiatives crash and burn in the past — a point JAY-Z so confidently pointed out in 2016.

Hip Hop’s influence is indeed definitive, hardened and tangible. But even its artists, fans and utmost steadfast participants aren’t immune to the pitfalls induced by culture in the United States. A rapper merely echoes his environment, surroundings, influences and experiences. And over time, drugs have become more fashionable.

Grandmaster Flash & The Furious Five’s 1982 legendary single “The Message” famously spoke down on abusing crack cocaine, not a good look in the streets. However, neither the fentanyl-created deaths of music demigod Prince or overnight American idol Lil Peep quelled the drug’s popularity. Drug Enforcement Administration chief Anne Milgram, head of the Drug Enforcement Administration (DEA) went on record to state there’s enough fentanyl floating on the streets to give each American a “lethal dose.”

Whether you’re a user or an avoidant, the commonality of the drug affects us all.

The grim reality truly hit home in 2018 as J. Cole was being celebrated for his Album Of The Year-winning K.O.D., a project ripe with anti-inebriation anthems, and Mac Miller was being mourned following his accidental drug overdose death that September.

In spite of the never-ending generational divide amongst Hip Hop fans, the common enemy of addiction continues to cut through the lives and careers of rap legends young and old.

HBO Max recently highlighted said enemy’s impartial brutality through their dual documentaries Juice WRLD: Into the Abyss and DMX: Don’t Try to Understand. Hailing from two completely different generations of Hip Hop culture, walks of life and eras, both rap martyrs used their transfixed addictions to create iconic art at the expense of their own lives.

While it’s a misguided notion to squarely place blame on rappers, or the even broader stroke of “Hip Hop” for brandishing drug culture, a positive reflection in the public eye shouldn’t go unnoticed.

Following the 2019 death of Juice WRLD, his equally charged counterpart Trippie Redd vowed to whittle his vices down to marijuana; a promise he’s at least upheld in the public eye.

Other rap stars such as Eminem and Bad Meets Evil co-star Royce Da 5’9, Future, NLE Choppa, Chicago rapper 600Breezy and even an incarcerated Pooh Shiesty have all celebrated sobriety milestones in recent years.

But even more recently important toward the music culture was Moneybagg Yo’s recent admission to go lean-free through his stage persona and in real life. The Memphis rapper’s 2021 album A Gangsta’s Pain ranked amongst the Top 20 best-selling albums of the year, thanks in part to the platinum-selling single “Wockesha.”

A direct ode to the sweetened cough syrup (a point only heightened by Lil Wayne’s inclusion), the song was a big part of Moneybagg Yo’s crossover success, but he’s doing a 180 in favor of his well-being.

“I use to think being sober would fuck wit my creative process, I see dats just a mind thing cuz I been more active skin glowing and I been dropping nun but pressure,” he wrote on social media in January as he denounced his biggest rap hit.

I use to think being sober would fuck wit my creative process, I see dats just a mind thing cuz I been more active skin glowing and I been dropping nun but pressure ? #NomoWockesha ?

One artist won’t change the epidemic’s course just like censoring EST Gee’s mentioning of “fentanyl” on his song “Sky Dweller” won’t prevent the crisis from continuing.

With the truth out about the fatal consequences of the string of illicit and synthetic drugs, it should prove interesting to see how the music — Hip Hop music to be exact — echoes the message going forward.