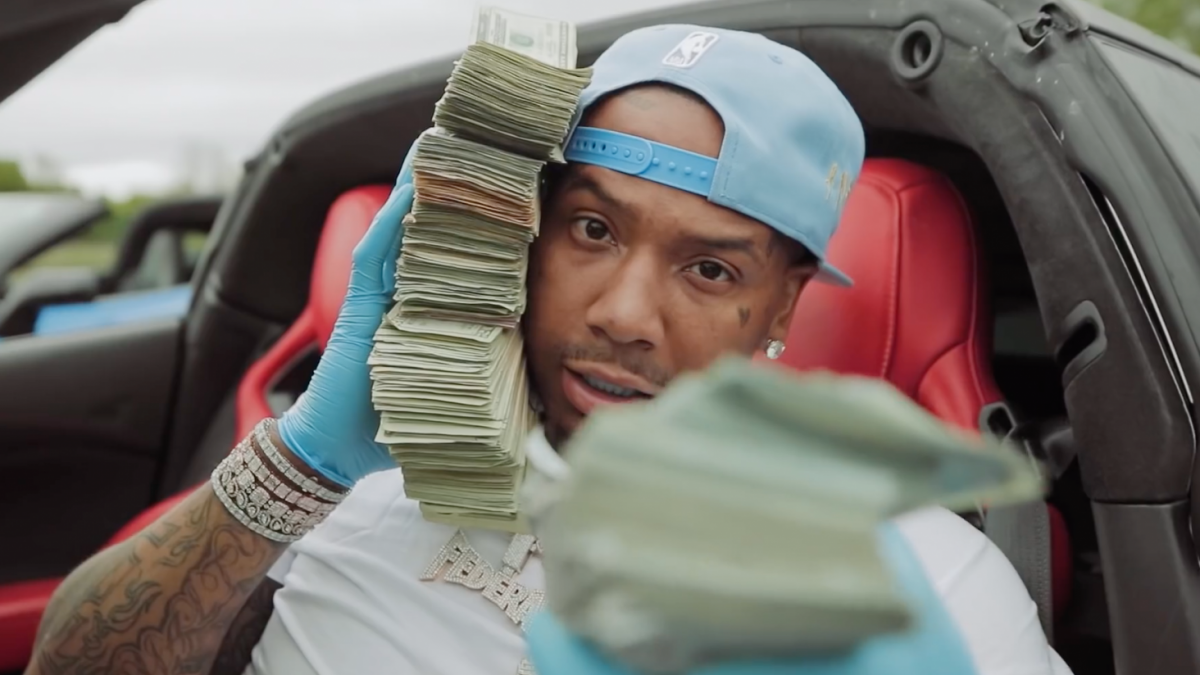 Moneybagg Yo Reflects On Making His 1st Million: 'Now I Own 5 Pieces Of Land'

Moneybagg Yo has come a long way since being a local rapper in Memphis, Tennessee trying to get his music in the right hands. 2021 has been a productive year for Moneybagg and he’s taking time out his busy schedule to reminisce on those early days.

On Saturday (December 11), Moneybagg took to his Instagram with a post of him sitting with his first $1 million dollars back in the day. According to Moneybagg Yo, his hustle is so elite that it allowed him to own over five pieces of land.

“Today 5years Ago Is Wen I Touched My First Million,” Moneybagg Yo wrote in the caption of his post. “No yapp I Came From Nothing So Wen I Got It I blew It A couple Times Before I Start Thinking Like I Need Assets I Got Kids I Gotta Leave Dem Wit Sum Now I Own 5 Pieces Of Land , 9 cars wit pink slips , a cannabis brand and a label wit 4 artist s/o God @yogotti @macbo50 @nless_head Love Y’all 5L.”

Moneybagg has been enjoying the fruits of his labor to the fullest extent. In one video shared on social media, Moneybagg took fans into his home and showed off an elevator that takes him to different floors. In another clip, Moneybagg is performing in front of a massive audience at a recent show, a contrast from his earlier concerts.

Earlier this month, the Collective Music Group rapper celebrated another milestone when he earned new hardware from the Recording Industry Association of America.

According to the RIAA’s official website, Moneybagg grabbed three new platinum plaques for “U Played” featuring Lil Baby, “Wockesha” and A Gangsta’s Pain while receiving gold certifications for “Go!” featuring Big30, “Shottas (LaLa),” “Protect Da Brand” and “Hard For The Next.”

Moneybagg Yo Flips A DMX Classic For His 'Scorpio' Visual

Moneybagg Yo is having a renaissance run — but was it enough to take Best Rapper of The Year? Experience the 2021 HipHopDX Awards here to find out.