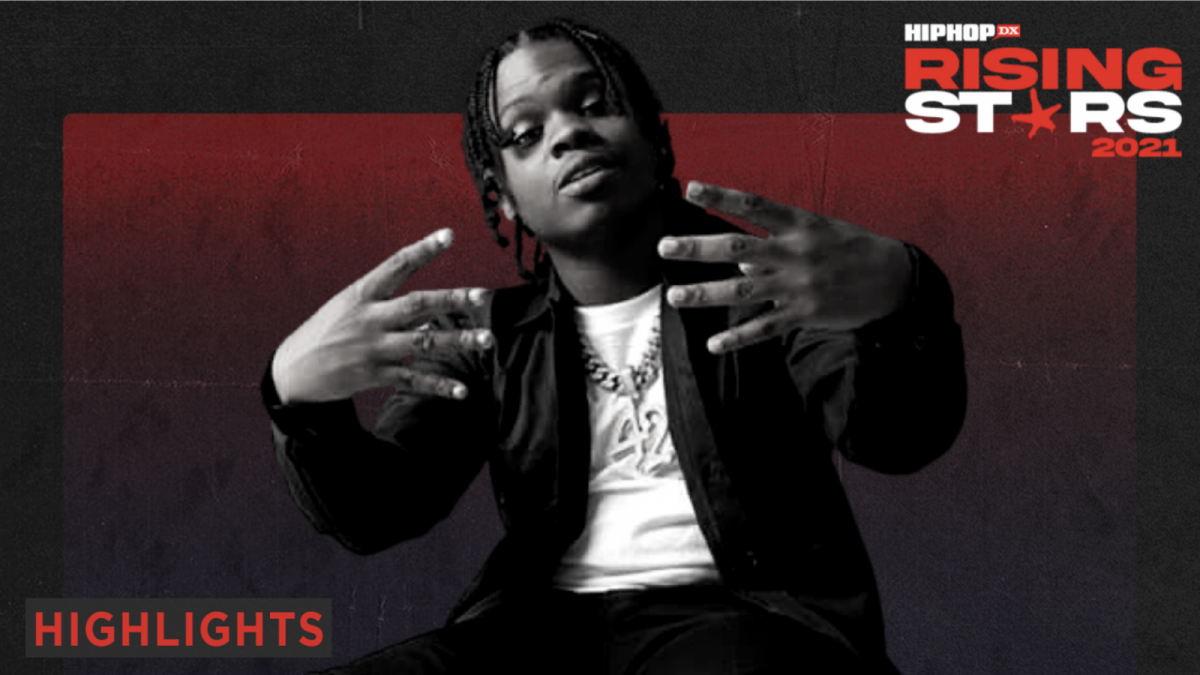 The 2021 HipHopDX Rising Stars had an interesting week as some of the stars had a few setbacks, some tapped into crate challenges on social media, and one of the Rising Stars announced their first headlined tour.

Early on, DX announced that Rising Stars Sheff G, Sleepy Hallow, 42 Dugg, Yung Bleu and Morray would be performing at Hot 97‘s annual Summer Jam show in New Jersey on the Festival Stage, however this week due to inclement weather, their sets were canceled.

Summer Jam usually has a New-York-based line-up, so of course it was unfortunate for New York natives like Sleepy Hallow and Sheff G to once again, not be able to perform live for a core of their fans. Although 2021 HipHopDX Rising Star 42 Dugg did perform on both Moneyybagg Yo and Meek Mill’s sets, DX really wanted to see all of the Rising Stars do their thing.

However, fans will soon have another chance to see 42 Dugg perform live in a city near them.

On Thursday (August 26) 42 Dugg took to his Instagram to announce his first-ever 17-city headlining Young N Turnt tour, in promotion of his latest music.

The upcoming tour follows a great mid-year for 42, so far. To date, 42 has performed at Rolling Loud Miami, he’s been apart of two platinum records, “We Paid” in 2021 and “Grace” in 2020. Also, 42 featured on Tyler The Creator’s “Lemonhead” from his latest album Call Me If You Get Lost. It’s time for a tour.

42 Dugg got one of his first chances at touring when Moneyybagg Yo dropped his third album Time Served. The 23-city tour had the support of not only 42 Dugg, but rising artists Fredo Bang and Black Zacc. 42 is no stranger to the tour life and is ready to secure his very own big bag with his own tour.

Fans can probably expect to hear tracks from his latest project Free Dem Boyz like “Maybach” and “4 Da Gang,” as well as some of his older singles and features like “We Paid” and “Grace.”

Tickets are on sale for the Young N Turnt tour at www.YoungNTurntTour.com.

Take a look at the tour dates below and see if 42 Dugg will be coming g to a city near you.

2021 HipHopDX Rising Star DDG spent part of his week joining in on the latest viral challenge.

Social media has hosted a plethora of challenges ranging from ice buckets, to noodles, and now crates. Over the weekend a popular challenge has been making its way across the country where participants challenge themselves to cross over crates in stair-form, without falling down.

As many have failed the challenge by falling before they even reach the other side, there are a few people who have made it to the other side without falling, and DDG is now one of them.

DDG posted a video of him crossing over the crates, taking his sweet time, which ultimately got him across without his back touching the ground.

“Thotiana” rapper Blueface followed up by joining in on the fun as well.

Its truly a hilarious sight to see. Watch above.

Looks like Yung Bleu had a great kick off to his tour. (Watch here)

DDG is 1 of 10 up-and-coming rappers named to HipHopDX’s 2021 Rising Stars! For more info on DDG and the rest of the talented Hip Hop bunch, read about them here.