Nearly a full month has gone by since the HipHopDX Rising Stars 2021 was announced and the word “active” only scratches the surface for the entire roster.

The year has started off relatively slow in terms of big-name releases, which gives the Rising Stars plenty of opportunities to continue their path of fully realizing their greatness and shaping their legacy.

Yung Bleu’s Success Is Banking, Not The Other Way Around

While Drake has been known to eclipse many younger artists he’s given an early boost, Yung Bleu is allowing the momentum from his “You’re Mines Still” collaboration to be his launching pad.

As of press time, the Alabama-bred rap star has gone fully blonde as the melodramatic love anthem sits at No. 24 on the Billboard Hot 100 chart. Following his sensationalized meeting with Tory Lanez — which was centered around a remix of the aforementioned song to boost its awareness — he’s been on absolute tier.

On Friday (February 26), he linked with Coi Leray for the soothing “Thieves In Atlanta” duet and the video is fast-tracking to a million views. The mounting success has led Bleu to bless his “mentor” Boosie Badazz with $100,000 cash money as well as purchasing an estate that puts the governor’s mansion to shame, leading him to proclaim “I got more money in my account than I got followers that’s on my kids.” (He has 1.1 million on Instagram by the way.)

Toosii Is On A Ridiculous Feature Spree

According to Toosii himself, he’s recently had a studio built that has him creating “the best sounding” music of his early but sizzling career. Surrounded by new equipment and energy, he’s been putting everything to the test with a slew of new appearances with fellow artists.

Whether it’s using that sapiosexual spirit with Kova on “Say Ah,” laying the love language on even thicker opposite YWN Bortlen on “Lovey Dovey” or pouring out some liquor with St. Louis rapper NUSKI2SQUAD on “Gone Too Soon,” Toosii has been in his artistic bag.   On “WYTD,” alongside Grand Hustle 1st Lady Tokyo Jetz, Toosii proves why he’s both a lethal Hip Hop and R&B threat by masterfully spitting and singing about his favorite subject: the pearl tongue.

If this current feature spree is the South Coast Music Group star’s means of sharpening his skills, then his upcoming debut album is likely to cut deep on all emotions.


DDG Is Balling On & Off The Court

Darryl Dwayne Granberry Jr. just may have the most insane Rising Star fan base. This very shallow test study was conducted during his recent Rolling Loud performance which was highlighted by comment blackouts of his initials during his set and savagely, Rubi Rose’s as well.   While the verdict remains to be seen if he does have a legion of DDG lemmings or an active family member hanging out in Calabasas, there’s no debate the Epic Records signee is maximizing a rapper’s options during the COVID-19 pandemic.

Powered by REVOLT TV, DDG is one of the rap star faces of The Crew League, a basketball league composed of Hip Hop teams. For Episode 3, he and his squad faced off against The Kid “King Of Spotify” Laroi for a closely contested matchup (spoiler alert: they lost. Blew a lead and errrthang).

On the music front, the recently gold record-minted artist set off his OG Parker-helmed album with his “Money Long” single. The blistering bassline packs on the Detroit-slide aura on heavy and that’s probably because it features DDG’s fellow Rising Star and Michigan native 42 Dugg.   “Judge say I can’t drive again, fuck I got these whips for?/Plug just sent me five, on my son, send me six more,” the “Free Me” rapper defiantly vents on his guest slot. 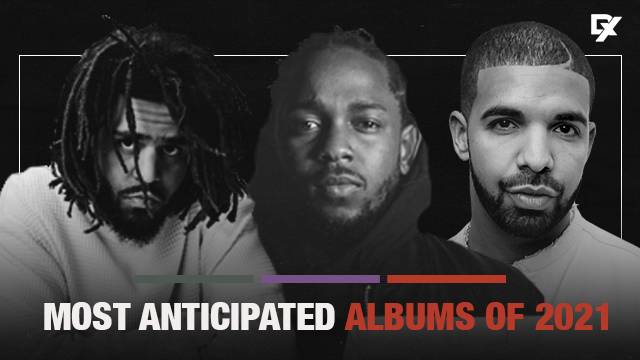