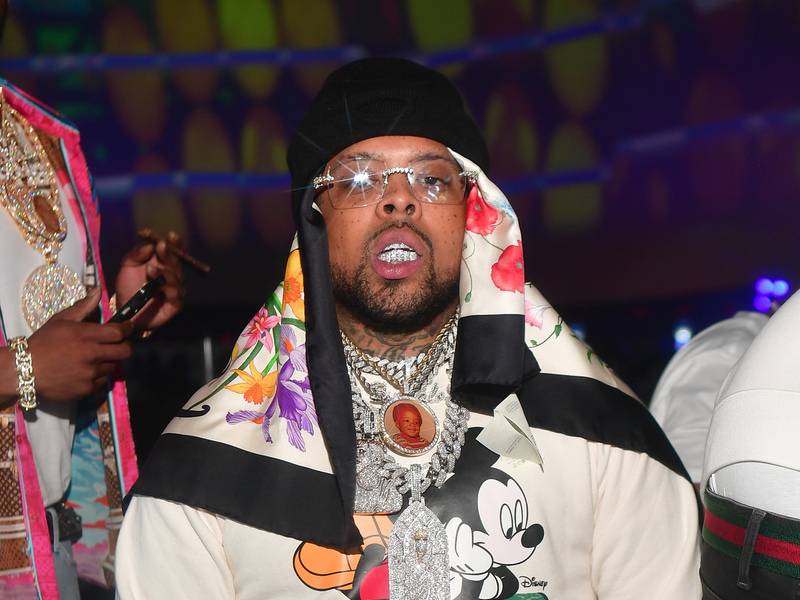 Griselda Fans Need To Calm The Hell Down: Westside Gunn Is Very Smart

The Flygod Westside Gunn took to Twitter on Sunday (May 17) to announce a youthful new addition to the Griselda squad, YN Billy. Though he didn’t name the 19-year-old directly, only adding #BILLY at the end of the Tweet, he shared a portion of his latest video “Bullseye” — along with some glowing praise.

“I got the hardest young bull period,” he wrote. “Resume realer than these fake rappers everybody love we’re gonna have fun. I would never sign somebody from NY who sound like they from ATL when I can sign the hardest bull out of ATL.”

Billy first garnering buzz in 2017, bubbling over when he dropped the video for his single “Bud.” Discovered by producer Digital Nas (Yachty, Sheck Wes, Comethazine and more), he almost landed himself a deal with Yachty and Quality Control before inking with Nas’ III Records imprint (distributed via Warner Records). He has since released two projects, the most recent of which Redville includes his biggest records “O Man” and “Red Rag.”

Westside Gunn is a notorious post deleter on Instagram. Still, he had once shared the Digital Nas-produced “Red Rag” video on his profile, so for anyone paying close attention, this was a chess move he’s been eying for a while.

However — much to his frustration — a sect of his followers had a hard time wrapping their minds around how Billy could fit into the fold. To put it mildly, they were confused.

“That’s the problem,” he wrote in a subsequent Tweet. “All these so-called in the box supporters only think one way and discredit a 19-year-old out of ATL that’s getting out the mud, that came up like me … how else he supposed to sound, like 95 WU?”

The disconnect is real.

This is an impasse that was bound to rear its head at some point. Niche audiences tend to resist change; in the case of Griselda, West and the core foursome have effectively created a commercially viable brand based on positioning themselves as an alternative to the trap wave that’s now pushing excessive numbers in younger circles.

But any true fan who fully understands what makes Griselda so unique should also be able to understand how potentially unsustainable it is at the same time. What they bring to the table isn’t inherently original in that other players were and are bubbling in the pot as well. However, there is something about their formula, unified sound, deep roots, and backstory that make them alluring.

Not unlike 50 Cent, or even Eminem.

The problem becomes that they aren’t necessarily young. While they all have a lot more music in them, there are perhaps ceilings to how far they can take their specific brand of Hip Hop. West isn’t oblivious to this. He’s begun to open up his sound — something evident on his latest LP Pray for Paris. He’s also (for those paying attention) immensely intertwined with the business side of his brand. From wrestling to art, he’s diversifying while the iron is hot.

Which brings us to his new crop of artists; fans initially had some pushback to Armani Caeser when her Griselda signing was announced in March, as she feels like an outlier to the brand. Sonically, YN Billy is almost the opposite of Griselda. But that’s the genius of it.

There’s an adage that you can’t do the same thing forever and expect different results. That West has managed to shift culture the way he has — in such a strategic way — shows the business mind he possesses beneath his scorpion fitted caps. The fact that he can recognize the other waves in the ocean (and pivot his blueprint to allow his brand to capitalize and cultivate those waves) only further adds credibility to the longevity the label is looking to achieve.

“When I was doing HWH1 even my ppl thought I was buggin for wanting to do hard boom-bap when ATL was winning,” West tweeted. “I had to show and prove now look at GRISELDA … y’all talking to somebody that love that pressure and bets on himself.”

West went all-in on a sub-genre that had commercially flatlined during an era when Atlanta had become the epicenter of modern urban music — using Hitler imagery no less. He’s since become the first Hip Hop act from his city to ever sign to the majors. He is currently signed to Shady/Interscope and signed to a management deal with Roc Nation. He also turned a love of wrestling into the partial ownership of HOG Wrestling — and started a brand that designs the merch for the league.

His foresight, artistic vision, and strategic mind have proven to be the special sauce of the whole operation.

He isn’t doing anything that will hurt the brand. Conway, Benny, and Gunn himself have a pipeline of fire, and newer associates like Boldy James fit the jigsaw puzzle seamlessly. YN Billy is just a symbol of the evolution of urban culture; a real influencer recognizes where things are heading, and steers business accordingly.

Evolve or die, as they say.