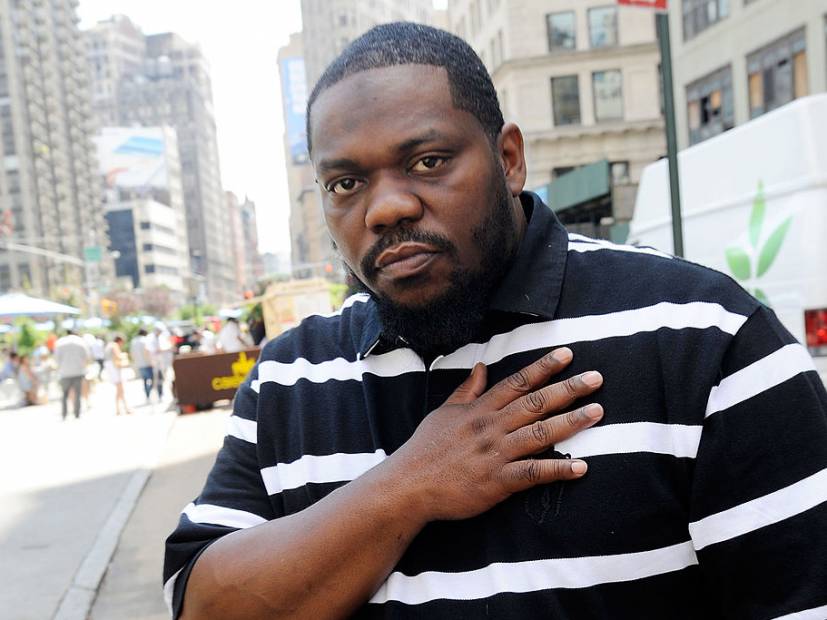 Beanie Sigel Told No Lies On 'The Truth'

One evening, The Roots were anticipating the arrival of Big Pun for a recording session. Black Thought appeared on Pun’s “Super Lyrical” from his Capital Punishment album and Pun was returning the favor by agreeing to appear on The Roots Things Fall Apart project. Unfortunately, Pun would never make it to the session because he was arrested for double parking outside of The Tunnel in New York. Up against an extremely tight deadline, The Roots scrambled to procure a replacement and as fate would have it, they came across a demo from Dwight Grant, known around South Philly as Beanie Mack, that impressed the group.

Amazingly, Thought and Beanie were in a rap group together as kids, making this a full-circle moment for the South Philly MCs. The Roots wanted to include one of Beanie’s verses on the same track that Pun couldn’t jump on. Beanie made the session, dropped a legendary verse on the Scott Storch-produced “Adrenaline”, his first official appearance on record, and the legend of Beanie Sigel was born.

The meteoric rise of Beanie Sigel on the Hip Hop landscape is one that legends are made of. Armed with an “arsenic flow,” Sigel was totally different from anybody on the scene at the time. Descending from a long lineage of Philly wordsmiths, Beanie was billed as one of the next “great ones” because of his dexterous wordplay and signing to JAY-Z’s Roc-A-Fella Records — the hottest rapper-led squad at the time. Sigel had the streets on fire with a plethora show-stealing guest verses on albums, mixtapes, including his classic “1,000 Bars” freestyle that forever immortalized him as a one-of-a-kind talent.

This set the stage for his highly anticipated debut album.

Released on February 29th, Beanie more than lived up to all the hype surrounding him on The Truth by delivering a remarkable album. Spanning 13 tracks (JAY-Z’s “Anything” was a bonus single), without an intro, skits, or an outro, Sigel gets right down to the business of relentlessly attacking each track with an unmatched hunger and the unadulterated grit of someone who is hellbent on seizing the moment.

Unlike other Roc-A-Fella releases, The Truth is a dark cinematic undertaking where Sigel gives a panoramic view of the ebbs and flows of surviving in the hood. Sigel rattles off each verse with an uncompromising conviction, revealing the inner workings of the underworld where drugs, crime, incarceration, and suffering all intersect with vivid clarity.

While Rockwilder, Buckwild, Daven “Prestige” Vanderpool, and other notable beatmakers make significant contributions, The Truth holds the distinction of being the first Roc-A-Fella release to feature the production stylings of future super-producers Kanye West, B!nk, and Just Blaze. B!nk’s sample of B.T. Express’ funk classic “Everything Good to You (Ain’t Always Good for You)” is the perfect sonic backdrop for “Raw and Uncut” with JAY-Z.

Recalling is production work, B!nk remembered, “I already produced “Ride4My” with Beans but that was my first musical introduction to JAY-Z. That was the first beat I made that he jumped on. While that wasn’t the Roc-A-Fella sound at the time, “Raw and UnCut” was the first record of what would eventually become known as the Roc sound.” On their first duet, Beanie more than holds his own with Hov and the track is the first one many collaborations between where their organic chemistry is undeniable.

The Swizz Beatz-esque “Who Want What?” accompanied by Memphis Bleek, as they take on all comers and claim the inheritance as heir apparents to the Roc-A-Fella throne.

Another gem from the LP is the title track. A then relatively unknown Kanye West’s haunting organ and waltz-like drumming was tailor-made for Sigle’s raw lyricism. He spits “Black Friday management, and Roc’s the label/And I still hit you niggas with shots that’s fatal/That bullshit vest can’t save you/I had a doc open you up from chest to navel/See my face on cable, and have flashbacks of that cold-ass table/And them hoes I gave you/I’m that nigga that’ll come and pour salt in your wound/At the hospital, while the cops guarding your room.” The Truth was a foreshadowing of how Kanye, B!nk, and Just Blaze would shape the sonic cohesion of the Roc-A-Fella sound for years to come.

Other standouts include the street bangers “What a Thug About” and “Stop, Chill,” the customary reflective song “Remember Them Days” featuring fellow Philly MC Eve, and the back and forth banter of “Mac & Brad” with Scarface. But what makes Sigel unique was his uncanny ability to describe the street life with deep introspection. “What Your Life Like” is a surrealistic depiction of the harsh realities of prison life where Sigel had a first-hand experience.

Although Sigel would drop a slew of other highly-acclaimed solo albums and as the leader of State Property, The Truth was Sigel’s introduction to the world as the “Broad Street Bully,” an MC with enormous potential, and the newest general in the Roc-A-Fella army. The Truth doesn’t attempt to be a radio-friendly project like many that dominated rap music at the time; it was an album for the streets. It was for hustlers on the corner, inmates in a cell, and for those who try to beat the insurmountable odds of just making it to another day in hoods across America.

With immeasurable authenticity, Sigel spoke his own truth and that is no lie.