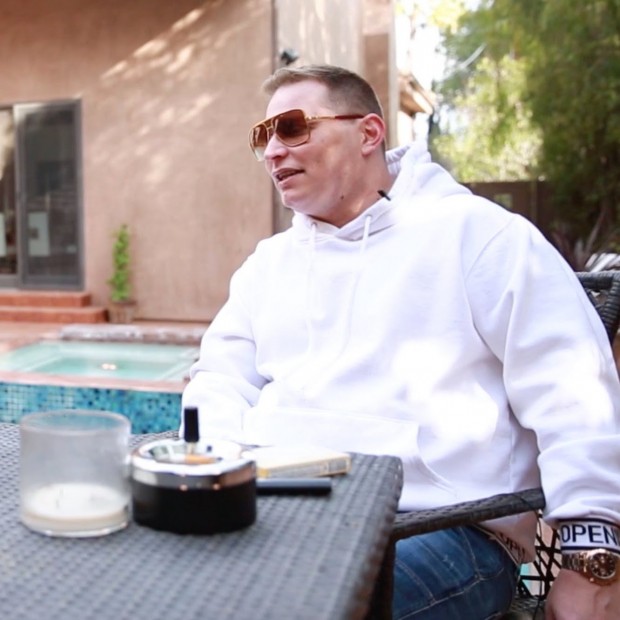 In part two of his interview with HipHopDX’s Live With Steve Lobel, legendary producer Scott Storch opened-up about how his current relationship was the linchpin to his sobriety and musical resurgence. He’s now focused on his family and sound and mentoring rising producers Diego Ave and Pablo Dylan.

“For the first time in my life I’m really making leaps and bounds and it’s no surprise that I have an amazing woman in my life now,” Storch tells Steve Lobel in this HipHopDX exclusive. “She’s taken charge of a lot of stuff in my life that I’ve been too lazy to do or too divaish for. I’m taking my life a lot more seriously. She’s helped me become more family oriented. I’m spending a lot of time with my kids. You feel good about yourself after that and good music gets made.

“The woman combined with for the first time in my life, completely shutting down cocaine out of my life [were essential to my resurgence],” he continues. “There was a moment where I was in really bad shape. Then I’d stop that nonsense and then it was only when I went out to a club. [Cocaine] always makes you sloppy, no matter what. For the first time, she managed to get me to really completely forget about drugs and focus on my music, my family, my weed and just chill. It’s having a great effect on my life.”

In this honest conversation, Storch also provides advice to rising acts. He emphasizes the importance of making sure artists have a favorable publishing deal and know the value of crafting a complete song, not just a series of hot verses. The former Roots Crew member salutes Ludacris, Busta Rhymes and Fat Joe as emcees who mastered the mic but also move crowds. He also reveals that he’s working on a new album that will be a mix of unreleased material and new offerings.

“I’m doing an album right now and it’s going to be some of [the unreleased music] and some of the new stuff,” Storch says. “It’s going to be interesting. I’m not sure [if it’s going to be major or independent]. I’m just creating a body of work right now. Publishing is the money in the industry. Unfortunately, a lot of people are duped out of it early on for a quick buck and they think that they’re going to recoup this publishing deal real fast. They don’t realize it’s a long process. I meet guys that are like, ‘Yo, I gotta do 60 beats to get out of my publishing deal.’ I’ve seen it all. Fortunately, I got a good publishing deal early on. I was lucky.

“The hook is all a song has to offer these days,” he continues. “That rhythm, the melody, the cadence of the track—that’s something that artists a lot of times don’t get, especially rappers. A lot of rappers will have the illest verses in the world and [can’t] make a song out of it. I’ve looked at a lot of rappers throughout the years. The Fat Joes, the Ludacrises, the Busta Rhymes, people that really know how to make a real song and have a pre-chorus in there even though it’s a rap joint.”

When asked by Steve Lobel where he sees rap heading, Storch says he believes the music is “returning to real Hip Hop” with “more instruments than just filtered sounds.” He also reflects on his most memorable studio session.

“The [Chronic 2001] album with Dre and Snoop together [was the most incredible session],” Storch concludes. “It was them getting back involved creatively. The chemistry was amazing in there. I remember we camped out there and I think I may have five or 10 minutes of video footage off the [Chronic 2001] album.”

Watch part 1 of Scott Storch’s interview on Live With Steve Lobel below: