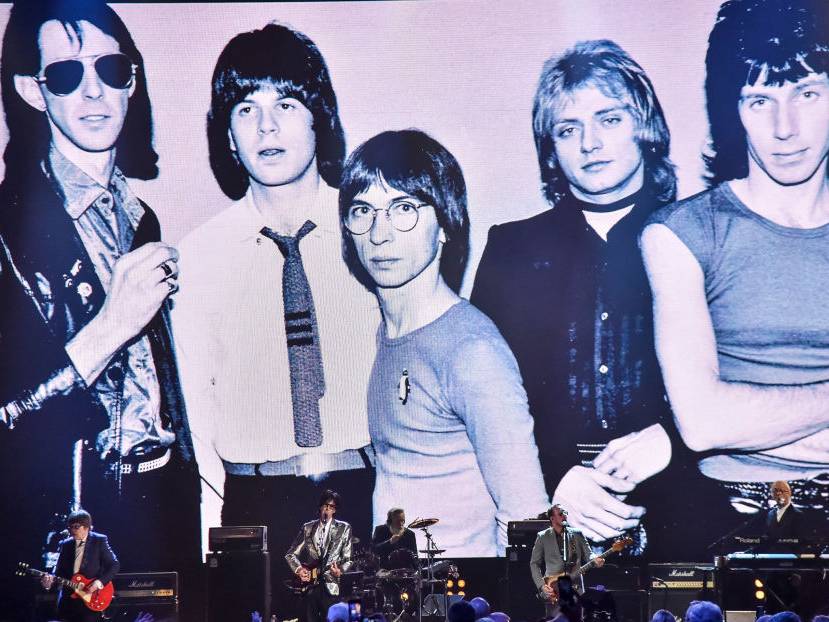 The name “Ric Ocasek” doesn’t normally come to mind when thinking about different rock stars that made a contribution to Hip Hop. But The Cars frontman — who died on September 15th of heart failure — was a man who was remembered, both in his time and after his death, as a visionary artist who knew the past but saw the future. Ocasek, saturnine and melancholy, existed in stark contrast to his pastel hair-metal contemporaries and chose to make weird, off-beat music that seemed to have no rhythm or rhyme.

But more than 30 years after The Cars dropped their eponymous debut album, Ocasek’s influence on Hip Hop has proven pervasive and influential. Let’s take a look at how.

A gorgeous, lilting song about star-crossed lovers, this 1981 song was only a minor hit for the band but got heavy play on college radio stations.

Considered a New Wave classic, this track off the group’s eponymous debut in 1978 features a funky, almost amelodic beat.

Where Else You Heard It: “Stereo” by Yelawolf; “I Need A Eighth” by Mac Dre

One of the best-known songs by The Cars, “Magic” has been licensed for commercials and still gets frequent airplay on classic rock stations across the country.

One of the lesser-known songs by Ric Ocasek and The Cars, “Hello Again” is off the 1984 album of the same name.

Where Else You Heard It: “Arabian Night” by The Parallel Lines; “The Hello Show” by The Bran Flakes; “Fox Intro” by The Kleptones

Considered one of the definitive songs by The Cars (though featuring the late Benjamin Orr, rather than Ric Ocasek, on vocals), “Drive” is also considered one of the greatest songs of all time. It’s pure pop magic that consistently gets played everywhere from high school senior proms to soft-rock radio stations. It was also, sadly, the last song that The Cars released in its original lineup.

Where Else You Heard It: “Drive” by Los Umbrellos; “SeshRadio Vol. 2” by Bones; “Drive You Home” by Young L