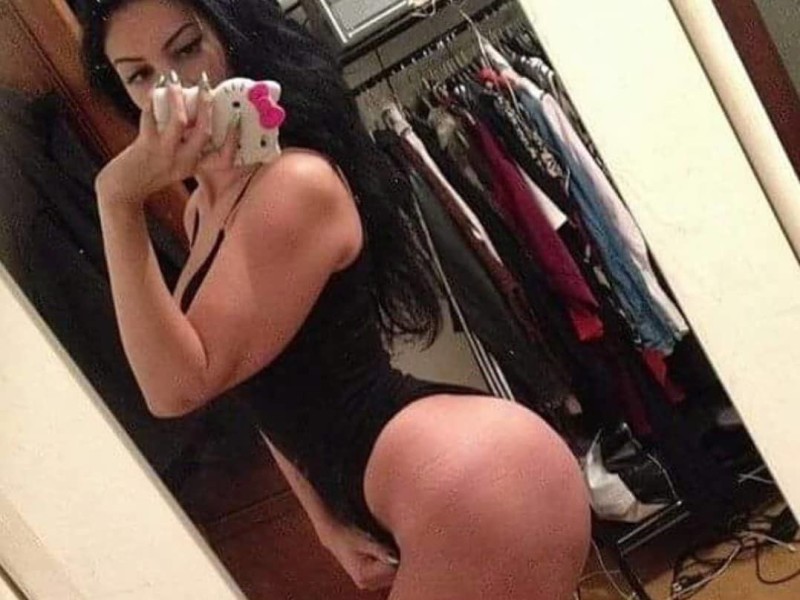 Do you wanna drink something ?

As Pusha referenced on “The Story of Adidon,” Brussaux’s Instagram — which has become private following the song’s release — has apparently been cleaned up of potential salacious and damning photos. But there’s plenty of material of her wearing little to nothing across the web, though none of the pornographic material could be described as hardcore.

Bossip claimed Brussaux gave birth to Drake’s alleged son last October. In addition to pregnancy photos, she has shared one picture of the baby boy on her Instagram account.

Drake was spotted with Brussaux in January 2017, the same month when conception allegedly occurred. A TMZ report claimed he asked her to get an abortion, which she declined to do. Although Drake’s reps previously denied his paternity, they did say “he would do the right thing by the child” if he was the father.

#Drake was spotted out with #SophieBrussaux in Dubai. She's in the red dress walking behind him. He did NOT want these pictures taken. ? ————————————— A few of you have been on this woman's page attacking her and acting like there is no possible way that he could be the father because he is just "Too Good". ————————————— Your leader in delusion, Kev, had these pictures but did not post them on his page. He was busy selling you dreams of #AubRih Dhabi meet ups and RIHunions. He didn't want to let y'all know the truth. This was not a one night stand or a random accuser lying. She's been fucking him from time. The minute he got overseas for his 2nd leg of tour he was out having moonlight dinners with this chick. ————————————— Since we are being objective lets just be objective enough to realize that these are the types of things that happened behind the scenes when he was with #Rihanna. Usually he can make songs to make you believe she just vanished, but this time he might have left his sperm behind. Now where are my Will Smith CDs? Look at the little black baby on her baby shower cake. ?