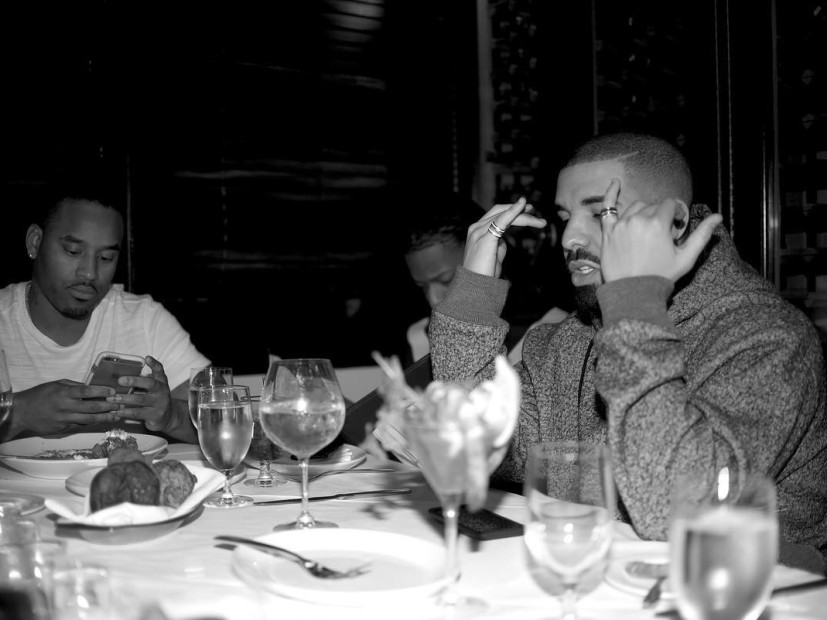 Amsterdam, NL – Drake supposedly linked up with former WorldStarHipHop Honey Rosee Divine at a Japanese restaurant in Amsterdam on Monday (January 23) for an intimate dinner, despite reports of him and Jennifer Lopez being an item.

The 30-year-old OVO boss and the “retired” video vixen appeared to be enjoying each other’s company while amongst friends, as the Daily Mail points out.

At one point, the French model can be seen leaning onto Drizzy as she flirtatiously plays with her hair.

In December, it appeared that Drake and Jennifer confirmed their romance by posting a picture of themselves cuddled up to each on their Instagram accounts. She even stayed behind in Las Vegas to watch the 6 God perform at his New Year’s Eve show.

It’s reported that the couple is currently making music together as well and he also just dropped $100k at Tiffany’s on Jen.

What this appearance with Rosee Divine means for Dra-Lo is unknown at this time, especially with sources revealing that their relationship is faker than a $3 dollar bill – just to get a bill.

“This relationship is fake, it is just a publicity stunt to publicize their record together,” the source told PageSix. “If Jennifer and Drake were really dating, they’d be way more private about it.”

Perhaps Rosee and Drizzy are working on something together, too.