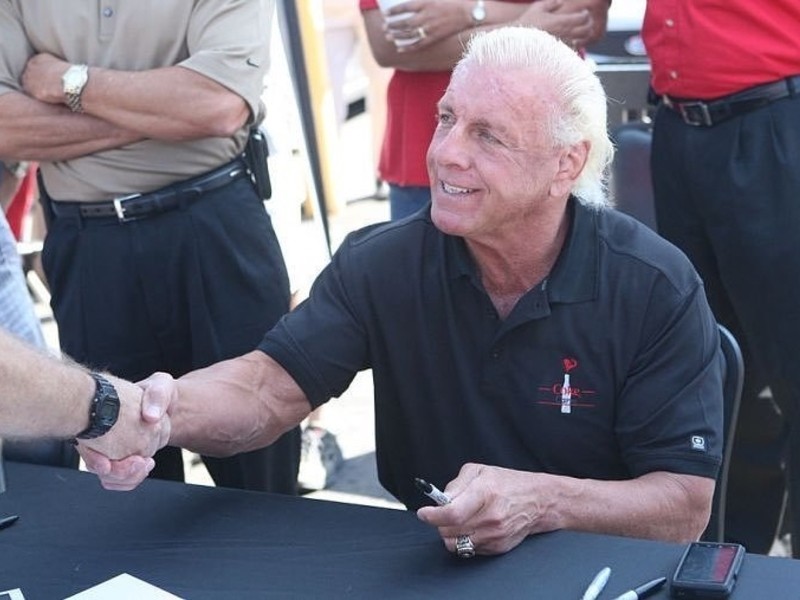 This week’s edition of Instagram Flexin’ includes Rihanna’s birthday and a cameo from Ric Flair.

Ric Flair Gives A Shout Out To XO

XO label co-founder Cash shares a video to Instagram on Thursday (February 22) of legendary wrestler Ric Flair speaking to the camera. In the video, the 16-time world champion gives a shout out to “The Weeknd, Cash and XO” ending the message with his signature “Woo!”

Cardi B Responds To Fan

Rap sensation Cardi B posted a photo stating that she used to strip without makeup. One fan decided to take the opportunity to challenge Cardi’s spending habits, writing, “What have you done to help others and what makes you a selfless person.” Cardi B didn’t take the comment lightly, defending herself, “I pay all my family member bills fuck you mean.”

Rihanna Dedicates Her Birthday To Her Mother

10958 days ago @monica_fenty became a mother for the first time to her only daughter! Today is just as much your birthday as it is mine! I love you mom! Thank you for carrying me, birthing me, raising me, supporting me, teaching me, and loving me unconditionally! The woman I am today is because of everything that you are! I thank God for perfectly hand picking you to be my mother when He sent my spirit to you! You are the greatest! Thank you! #?

The singer just celebrated her 30th birthday on February 20. While the entire internet wished the pop star a happy birthday, Rihanna took to Instagram to honor her mother, Monica, writing a heartfelt message below a childhood photo.

Drop a ?if y’all fuccin wit this. #Gang

While fans await the drop of Rolling Papers 2, Wiz Khalifa dangled some new music on Instagram. The rapper released three mixtapes in 2017 but hasn’t shared a solo album since 2016.  “Drop a ?if y’all fuccin wit this. #GANG.” He wrote, while a track played in the background. Unsurprisingly, the comment section was filled with eye emojis. As of now, his project has no official release date.

Tbt in the studio w @champagnepapi and @thuggerthugger1 working on Drakes album MORE LIFE ??? we actually did another song that hasn't been released! ? THe label just called me ?? what should I do guys????

Drake started 2018 with a splash with the Scary Hours EP, while Young Thug has been recently featured on the wildly successful “Havana” with Camila Cabello. The two rappers have collaborated in the past, most recently on “Ice Melts” from 2017’s More Life. Now, producer and engineer Bricks Da Mane shared a throwback post of the two on Instagram, promising to reveal a snippet from an unreleased More Life track if the post surpasses 2,500 comments. The post is now past 3,000 comments with no follow-up.