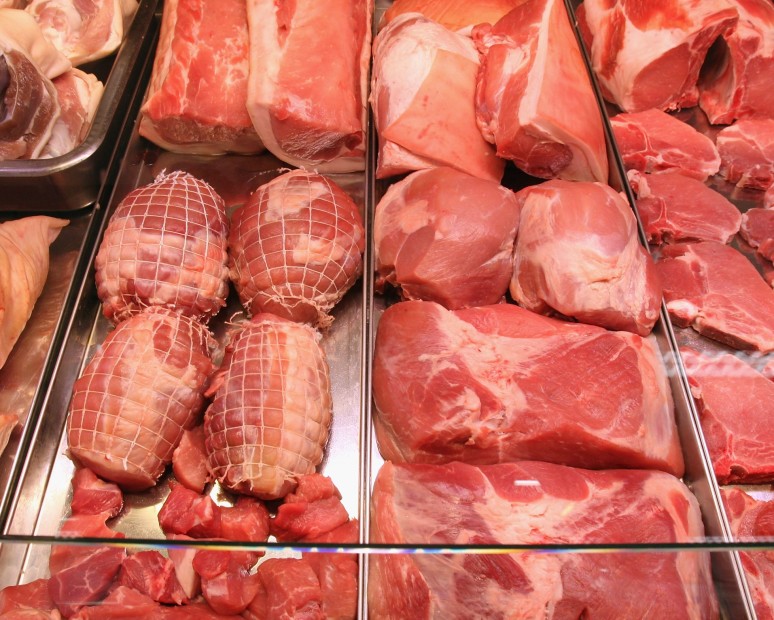 No Love Lost: 8 Rap Beefs That Have 9 Lives

Some bad blood never settles, especially when it comes to Hip Hop.

While squashing beef and moving on is definitely a thing in rap, so is keep the drama going well past its expiration. Just have look for yourself down below.

Ever since Jayceon whooped Lawrence outside a Hollywood mansion in 2012 and Lawrence discovered Instagram, fans have been known to wake up to new drama between these two.

Eventually, 40 sued Game, who was ordered to pay him nearly $200,000 in 2016. A little more than a year later, 40 decided to sue Game again, claiming he created shell companies to hide the money he owes, which he still has not paid. A week later, 40 accused Game and Wack 100 of being pedophiles. Game was accused in October of impregnating a 15-year-old British girl, a claim which he vehemently denied, but 40 didn’t squander the opportunity to slander him with a barrage of ALL-CAPS IG characters.

Needless to say, this dispute is far from over.

When a rapper viciously makes fun of someone’s best friend’s suicide, that pretty much dispels any notion of reconciliation. Joey and Troy began trading barbs in 2015 when the Badmon poked fun at Ave’s poor album sales. Troy fired back by calling Joey “fake independent” and the beef escalated from there. Troy crossed a line on “Badass” when he dissed Capital Steez, who committed suicide in 2012: “Don’t get suicidal like ya friend, here’s a casket/Steez burning in hell, my burner’s in my belt/I’m really killing that shit, you niggas killing yourself/Fucking weirdos, off the roof, ‘Steer clear, yo!’/This niggas tryin’ to fly – he think he’s a superhero/Splat man, fuck you and that man…”

However, Joey and Pro Era proved themselves master strategists, and unearthed tweets by Troy from years before that called Nas “a sucka” and “wack.” Even Royce Da 5’9 chimed in, demanding Ave apologize for his comments on Steez. Troy defended his words, while Joey ridiculed him with the diss track “Ready,” and said Ave’s career was “on life support” in an Instagram post.

Since then, Ave has had more on his mind than Joey Bada$$. He was shot twice on Christmas Day of 2016 and is facing attempted murder charges stemming from a 2016 incident that left his bodyguard, Ronald “Banga” McPhatter, dead. Still, given how he ridiculed the suicide of Joey’s best friend, and how Joey clapped back by poking fun at Troy’s low album numbers, it wouldn’t take much for these two to start up again, at least on wax.

Azealia Banks is one of the most hated people in Hip Hop, so much so that her obnoxious demeanor overshadows her solid mic skills. The long list of industry figures she’s beefed with include T.I., RZA, Remy Ma, Iggy Azalea, Zayn Malik, Vice editor Mitchell Sunderland, and even then 14-year-old actress Skai Jackson. Banks seems to thrive on Twitter feuds, and is unabashed in her homophobia and racism. During her spat with Sunderland, she tweeted, “And even if I am a homophobe… so wat? I still make more $ than you.. Still have an extra hole.. and still own everything.”

Banks has seldom apologized for her behavior, and doesn’t seem to think there is anything wrong with calling the British-Pakistani singer Malik a “curry scented bitch,” or telling Jackson “grow some hips and start ur menses.”

As of press time, Banks is now going at the head of Cardi B and A Tribe Called Quest’s Jarobi. Wait, don’t act like you’re surprised?

It’s unclear what actually started the beef between Kim and Foxy, who were once friendly high school classmates. Was it that they wore the same outfit in the sleeve of their debut albums, released just a week apart in 1996? Was it that Foxy was with The Firm, and Kim was with Junior M.A.F.I.A.? Or maybe it was the fact that media outlets would not stop comparing them to each other. Whatever the reason, Kim and Foxy have one of the longest-standing beefs in rap history. Kim fired the first official shots on Lil Cease’s “Play Around” in 1999, and Foxy responded on Capone-N-Noreaga’s “Bang Bang.” Foxy’s verse led to actual gunshots being fired between the entourages of Kim and C-N-N, and Kim went to prison in 2005 for perjury related to the incident.

Fiddy is the King of Beef, and this was his first notable Hip Hop feud. According to 50, it all started when a friend of his robbed Ja Rule, leading to animosity between the two. Multiple run-ins led to 50 recording “Your Life’s On the Line,” a vicious diss track toward Ja and Murder Inc. The next time they saw each other, they threw hands, and a time after that, Ja reportedly stabbed 50 at the Hit Factory in New York. Things only escalated as 50 came through like hurricanes do with Get Rich or Die Tryin’, and it can be argued that Fif ended Ja’s career with scathing diss tracks like “Back Down.” The tensions eventually died down, and according to Ja, the two even sat near each other on a plane in 2013 with no issue.

However, in January 2016, for no apparent reason, 50 told Murder Inc. founder Irv Gotti’s 82-year-old father to “hurry up and die” in an Instagram post. Irv responded by calling 50 Cent a “rat” and posting a photo to Instagram of a legal document with Curtis Jackson listed as an informant. Yep, the bad blood still boils.

In the early 2000s, Benzino thought Eminem would be his resurrection, so he dusted off his mic to make a new record. For whatever reason, the co-founder of The Source thought it would be a good idea to diss one of the most scathing lyricists in history by likening him to Vanilla Ice. He released “Pull Your Skirt Up” and “Die Another Day,” but Eminem belittled “The Sauce” and put the “Nail in the Coffin” when he accused Benzino of using The Source to fuel his rap career. Benzino responded by releasing tapes of a teenage Eminem rapping racists remarks about black women, but even that failed to damage Em’s rep. Reeling from Shady’s disses, Benzino was then hit with allegations of sexual harassment at The Source offices. The magazine’s credibility never recovered, and a humbled Benzino spoke on the feud to RapFix Live in 2012.

“I can say it now, I was wrong for it,” Benzino said. “Because at the end of the day, Em is a great lyricist and he should be able to express himself in Hip Hop as anybody should.” Regardless, Eminem never responded to Benzino’s words, and probably doesn’t have much interest in reconciling with someone who called him “the rap Hitler” and tried to derail his career.

If nearly two decades of artists angrily leaving Cash Money Records hasn’t made it obvious, Bryan “Baby/Birdman” Williams does not have the reputation of being a stand-up businessman. Dwayne Carter had an absent father, and adopted Birdman as his dad. The two even recorded an entire album titled Like Father, Like Son together back in 2006.

But, Baby gon’ Baby, and right when Weezy was poised to release the last album of his Cash Money contract, Tha Carter V, Birdman decided to hold his “son” hostage. Wayne initially said the album would be released in 2014, but later stated the album was delayed by Birdman and the label. Instead, Wayne released Sorry 4 the Wait 2, a mixtape which dissed his boss multiple times. The plot thickened when labelmate Young Thug wanted to name his album Carter 6 as an homage to Dr. Carter before it was morphed into Barter 6.

Wayne’s tour bus was shot up in 2015, and Birdman and Young Thug-associate Jimmy Winfrey got 20 years in prison for the shooting, though Young Thug insisted that he had nothing to do with the incident. Three years later, Tha Carter V is still nowhere in sight. Neither is Wayne and Birdman’s once familial relationship.

Nicki and Remy had been trading subliminal disses for years before their volcanic feud erupted in 2017. Minaj fired the first shot before she ever got famous, low-key dissing Ma on the 2007 freestyle “Dirty Money,” which used Terror Squad’s “Yeah, Yeah, Yeah” beat. “Tell that bitch with the crown to run it like Chris Brown/She won three rounds, I’ma need a hundred thou’/Oh, y’all ain’t know? Bet y’all bitches know now.” However, upon Remy being released from prison in 2014, she spoke glowingly of Nicki for offering an olive branch to her. Minaj even hinted a collaboration with Remy in October 2016, but the love-fest ended when Ma trashed Nicki’s claim as the queen of rap on “Money Showers” with Fat Joe.

What followed was months of back-and-forth disses, until Remy dropped the semi-effective “ShETHER,” over Nas’ “Ether” instrumental. More diss tracks ensued from both parties until Remy finally said in May of last year that she was finished with the feud. That period lasted about a month until they started up again. It seems like every time one of them gets bored, the gloves will come off.

Can’t we all just get along? Probably not. It’s still a huge selling point in the culture.