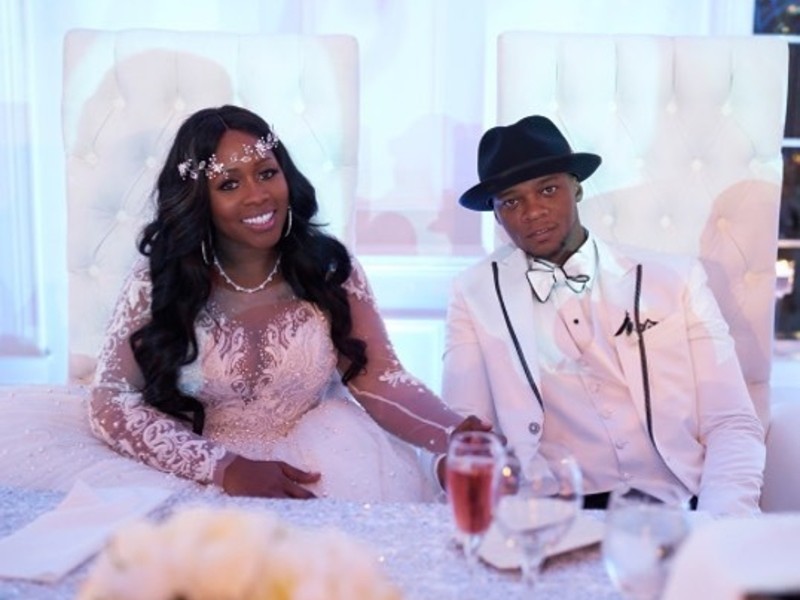 I Do: 12 Successful Marriages In Hip Hop

Sound the wedding bells. Gucci Mane and model Keyshia Ka’Oir are going to the chapel and getting maaarrried on Tuesday (October 17). The couple is a shining example of commitment through tough times; they met in 2010 and Ka’Oir stuck by Guwop during his three-year prison bid from 2014-2016. Many Hip Hop marriages don’t last, but there are some who have proven that monogamy is alive and well.

In honor of the upcoming nuptials of the soon-to-be Mr. and Mrs. Davis, here is a look at 12 rappers who have stayed married.

Note: Only marriages that have lasted at least five years are included.

Big Boi, one-half of the greatest duo in Hip Hop history married his other other half Sherlita Patton back in 2002. The couple has two children together and have supported each other through various business ventures along the way. Although their romance almost came to an end in 2014 when reports of an impending divorce swirled around them, the split was called off with Big Boi crediting Jesus for saving their marriage. He told TMZ, “the family that prays together, stays together.”

To say The Good Doctor doesn’t have the best track record with women is like saying America kinda has a problem with gun violence. Following Dre’s brutal assaults against Michel’le and Dee Barnes, however, Dre turned over a new leaf when he met Nicole Threatt, the former wife of now-retired NBA player Sedale Threatt. The couple has been married since 1996 and has two children together. Nicole said in the HBO documentary series, The Defiant Ones, that due to Dre’s obsessive work schedule, there were times she wasn’t sure they would “make it.” However, more than two decades into their marriage, they still wake up in the same bed.

Just like his aforementioned N.W.A cohort, O’Shea Jackson has had a long and successful marriage. He met his wife Kimberly Woodruff in the early ‘90s, but told BlackDoctor.org that she was in a relationship at the time and wanted nothing to do with him. However, Aaliyah’s classic sentiment rung true in this case — if at first you don’t succeed, dust yourself off and try again. They met again six months later, and Cube said that she “fell in love with your boy.” They’ve been married 25 years and have four children together. The oldest, O’Shea Jackson Jr., portrayed his father in the 2015 N.W.A biopic, Straight Outta Compton, which chronicled Cube and Kim’s relationship.

Lifelong fans probably thought the OG Tracy Marrow wouldn’t settle down but, you don’t know him, fool. He married the voluptuous swimsuit model Coco in 2002, and the couple renewed their vows in 2011 in celebration of their then-upcoming 10-year anniversary. From 2011-2013, they starred in Ice Loves Coco, an E! reality TV show highlighting their matrimony and even welcomed their daughter, Chanel, in 2015.

Ladies and gents, the royal family of Hip Hop and R&B. JAY met Bey, who is 11 years his junior when she was just 18. They were friends for more than a year before they started dating and recorded the memorable “03 Bonnie and Clyde” for Hov’s Blueprint 2: The Gift & The Curse — the first of many collaborations between the couple. First came love, then came marriage 2008, then came Blue Ivy in a baby carriage (2012).

But, as everyone knows well at this point, a billion-dollar net worth doesn’t make for a bulletproof situation. Beyonce brilliantly chronicled Jigga’s rolling stone ways and their ultimate reconciliation on 2016’s Lemonade, and Hov admitted his own shortcomings throughout the raw and soulful records on this year’s 4:44. The two had twins, Sir and Rumi, earlier this year and appear to be stronger than ever.

Many of the relationships on this list are remarkable because they have remained through infidelity and other issues that would end most marriages. However, Lecrae and Darragh’s marriage is outstanding because of its lack of major (public) issues. Not that they haven’t had trials, as any marriage does, but the couple is known for their openly displaying undying love for each other. Lecrae noted in his book, Unashamed, that the two met at a Christian conference. Darragh had been there for all of the major spiritual transformations of his life. He has dedicated multiple songs to her, most notably “Special” on Church Clothes and “All I Need Is You” on Anomaly.

This particular marriage is special most notably because there are two highly skilled rappers joined by holy matrimony. Many women in Hip Hop are hailed as “ride or die,” but it was Papoose staying loyal throughout Remy Ma’s six-year prison bid on weapons and assault charges. They wed in 2008 in the courthouse, right before Ma’s sentencing and Pap was barred from visiting her for six months. She got out in 2014, and the couple remains all the way up. 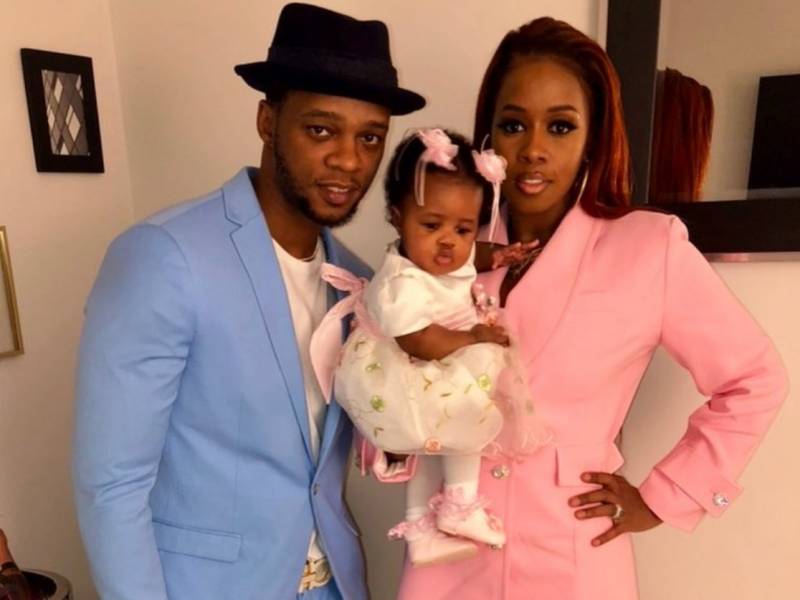 Isn’t it fantastic when two people compliment each other’s mind, as well as their physical well-being? Paul and Crystal met in college in 2001 and wed in 2006. Crystal told the Houston Chronicle that they became overweight together when she was pregnant (they have two children). However, in 2010, Wall dropped 130 pounds after gastric sleeve surgery, and Crystal lost 70 pounds by doing Zumba. She now runs a fitness studio, and the couple stays in shape together. They welcomed their niece into their home after Crystal’s sister died of sickle cell disease in 2014.

Sometimes, you have to marry another before you find your true soulmate. Joseph Simmons married young to Valerie Vaughn in 1983, the year Run-DMC’s self-titled debut album was released. While that union didn’t last, in 1994, he married Justine Jones. The two have been together ever since. They famously appeared together on MTV’s Run’s House from 2005-2009, which depicted a modern, real-life version of The Huxtables. Run and Justine have three kids together, including Diggy Simmons, who inherited his father’s affinity for rapping.

Who said you can’t marry your high school sweetheart and live happily ever after? Snoop met Shante when they were just kids growing up in Long Beach, California. She stuck with him through a murder charge and the infamous Death Row Records drama as the two wed in 1997. In 2004, there was a break-up threat, however, a change of heart was had and vows were renewed 2008. They also have three children who have shared pieces of their dad’s spotlight over the years.

Who knew that when Jada and her high school friend Tupac Shakur danced together to DJ Jazzy Jeff and the Fresh Prince’s “Parents Just Don’t Understand” that she would one day marry the creator of the song? That’s exactly what happened in 1997, three years after they met on the set of The Fresh Prince of Bel-Air. Jada didn’t get the role of Lisa, Will’s girlfriend on the show, but she did find her way to his heart. The two have been married for 20 years despite wild rumors of infidelities and swinger lifestyles. They also have two children together — Jaden and Willow — who have incredible acting and music careers of their own.

Before The Fugees 1996 groundbreaking album, The Score, before the drama with Lauryn Hill, before his aspirations to become president of Haiti, Wyclef Jean was just a young man in love. He married Marie way back in 1994, and the couple is still together after 23 years. That’s longer than many of today’s young rap stars have been alive. They adopted a daughter in 2005 and renewed their vows in 2009. Mazel tov!