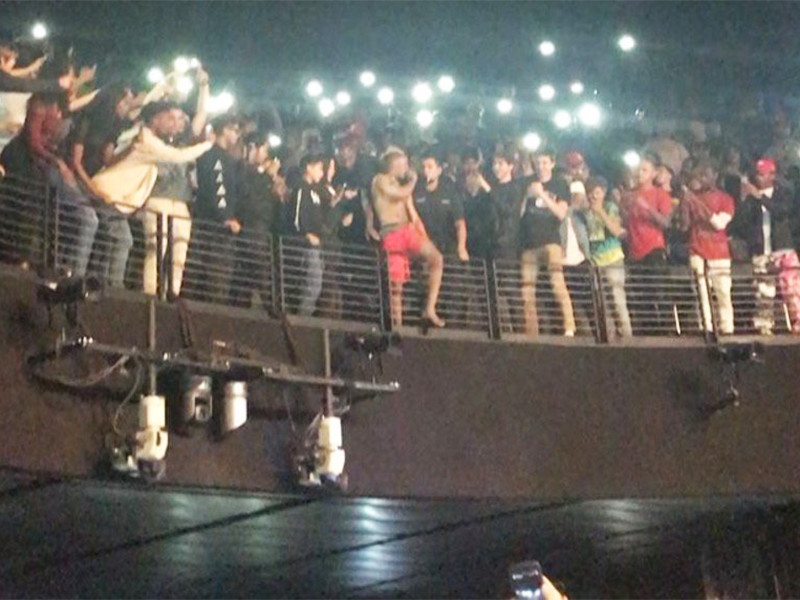 Parents, Don’t Let Your Kids Go To An XXXTENTACION Show

Wow. I’m speechless. I have just returned from the sold out XXXTENTACION show at The NOVO in Los Angeles, and all I can say is … wow. I’ve honestly never seen anything like this. From someone who goes to concerts more than the average, this was an experience I will never forget.

But for this particular show, there was no real singing. Instead, it was a straight hour of “turn up and lose your FUCKING MIND.” In preparation for the circus I was set to enter, I watched viral clips of him on the internet, including one where he leads a chant of “fuck the KKK.”

Being in the photo pit was the worst decision of my life. I mean, obviously, I had a choice. But I wanted to get the best footage. Being on the floor was the game changer — hands down. The craziest part is, although I was terrified for my life, the kids raging next to me were having the best night of theirs. Go figure.

After his first song, which was a slower joint off Revenge, he lets the sold out venue know that L.A. was the best crowd yet. He actually graces the stage fully clothed, but soon the only thing left on his body were boxers and some basketballs shorts. Those things were resting right underneath his gluteus maximus, and it still baffles me how they stayed on the majority of the show. Where the hell did his shoes go?

when you go to an @xxxtentacion show… wait for it. @THESLUMPGOD pic.twitter.com/Jh1qSBYGga

The reason I say don’t bring your kids to this show is pretty obvious. Check out of this clip of him hanging off the balcony, literally giving a fuck less about the rules security had implemented. If it wasn’t for that one guy holding him back, he almost definitely would have jumped. All this while chanting “Suicide Pit.” Gulp. I guess to me, the word “suicide” should never be glorified.

“Look At Me!” is definitely his biggest song to date, and he brought out his entire squad (Ski Mask, Lil Pump, Yung Gleesh, etc.). This performance wasn’t all that smooth, either.

So, how was your Tuesday?