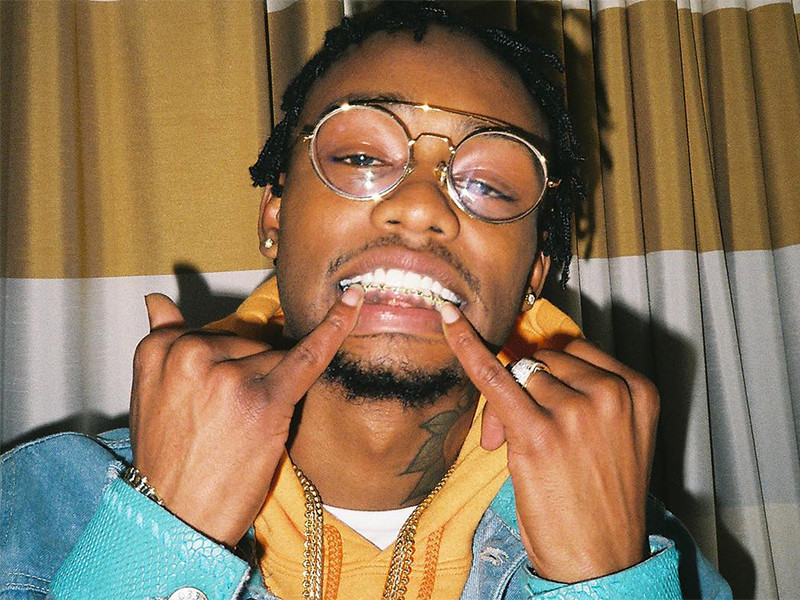 [UPDATE: Looking for the story about XXXTENTACION getting jumped on stage in San Diego on Wednesday night (June 7)? That’s here.]

HipHopDX was in the building for Desiigner’s Outlet Tour at The Fonda Theater in Hollywood on Monday (April 10). But arriving late to the party meant missing pandemonium between openers Rob $tone and Ski Mask The Slump God. After tension brewed for the past week or so, Stone’s crew beat up the Florida rapper on stage.

Then…last night #robstone allegedly jumps #skimasktheslumpgod (who is X Bro) while he was on stage ?

The beef started during the Seattle stop of the tour a couple days prior. According to reports, the “Chill Bill” rapper says Ski was being disrespectful, running up on stage in the middle of his set and shaking hands with the fans, attempting to steal the spotlight.

Later, the tour was set to play in Rob’s hometown of San Diego. When the show began, Ski was reportedly nowhere to be seen for his 8:30 p.m. set. At 9:25 p.m., when Rob was ready to take the stage for his set, The Slump God popped up and aggressively tried to steal the mic from Rob’s DJ. Taking the L, Ski stood in the middle of the stage only to be escorted out by security.

Sharing his side of the story, Ski Mask says that he wasn’t planning on performing that night because of payment issues. He claims he was just asking to use the mic to tell his fans that he wasn’t going to do his set.

Twitter user Heyitsbeto101 caught the action on camera and tried to explain the situation.

Yo wtf Daygo wasn't fair with you bro! Fuck whatever the issue was @THESLUMPGOD pic.twitter.com/R0mVWe6LHy

He had no set time , kicked right off

Yesterday #xxxtentacion had some words for rapper #robstone over his treatment to his bro #skimask on #desiigner tour. (Part 1)

Yesterday #xxxtentacion had some words for rapper #robstone over his treatment to his bro #skimask on #desiigner tour. (Part 2)

XXXTENTACION, again to Ski’s defense, did a quick tweet and delete with his response to the incident, saying “whoever the fuck that is getting fucked in they mouth when I go on tour for putting they peasant hands on my brother.” But he didn’t take it down quick enough for it to get past Rob Stone.

The response from Rob stems from XXX’s recent ramble about Drake stealing his style. This led to a series of tweets from Rob.

Don't come around here with that bullshit @THESLUMPGOD @xxxtentacion

Then, the fight broke out at the Los Angeles show. After it happened, Stone promised to share the full details of what went down. He posted and deleted footage of the brawl, but other sources quickly circulated the video as well.

OH MY BAD THE WHOLE THANG DIDNT POST… PUSSY NIGGA @theslumpgod @xxxtentacion NEXT TIME COME CHECK IN LIKE A MAN AND DONT RUN STRAIGHT TO THE STAGE.

The tension got so high that the cops were called. Little did the fans know, Ski Mask fell down outside.

Rob later shared a screen grab of Ski Mask with his pants down after getting beat up outside the venue on Instagram. 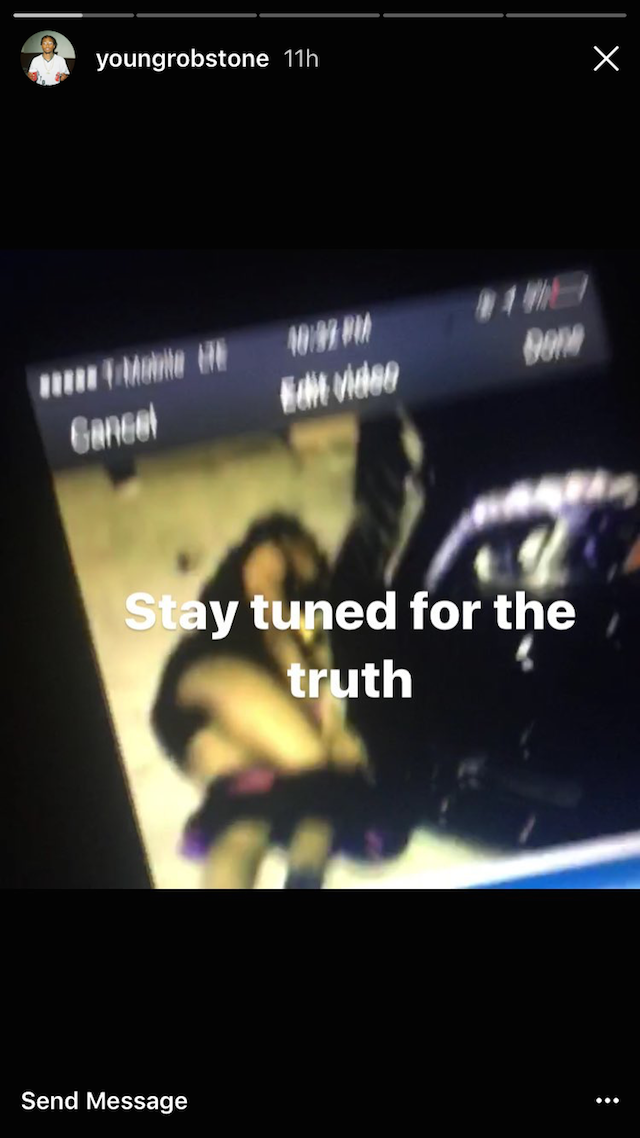 It seems the beef between the two was a matter of ego. Ski reportedly felt some type of way about being an opener before Rob, saying that he drew more people and performace-wise, he gave a better show. He claims organizers wanted to kick Rob off the tour but were unable to because it meant paying $75,000 to breach the contract.

According to Ski Mask, the whole ordeal didn’t faze him and he’s still counting his money.

And I Didn't Even Get Knocked Out ! How !