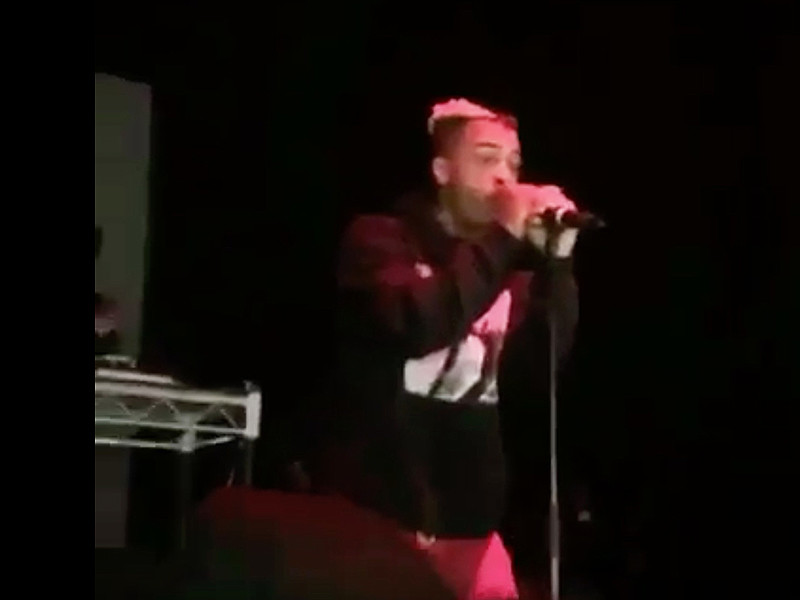 XXXTENTACION Gets Jumped On Stage In San Diego

All hell broke lose while XXXTENTACTION was performing in San Diego on Wednesday night (June 7). During his set, the rapper was jumped on stage and appeared to get knocked out. Videos of the incident show a lone assailant rushing the stage and slamming X in his face before several security guards and random other people jump in.

this just happened at the concert bro ? pic.twitter.com/Sne2pUQHHC

X quickly took to Twitter to claim the other guy wasn’t looking so hot, writing: “LOL YOU SHOULD SEE THE OTHER GUY,” which he followed with four laughing emojis.

Considering his wild show Tuesday night (June 6) in Los Angeles, people actually aren’t that shocked something like this would happen. Rumors are circulating online that X’s rival Rob $tone, who happens to be from the California city, was behind the vicious suckerpunch.

xxxtentacion just got jumped. Its like him and his crew attract ass whoopings

xxxtentacion got jumped on stage tonight supposedly by rob stone and his homies . Smh pic.twitter.com/K7Iu99Lock

The incident caused people to erupt (once again) into the chant, “Fuck Rob $tone,” a clear indication many people believe $tone is behind it. A fan who appeared to be at the show also claimed on Twitter that a person was stabbed. The footage that has surfaced online makes it difficult to identify the initial attacker.

Whatever’s going on, X will likely continue his streak of crazy concert experiences when the Revenge Tour picks back up at The Observatory in nearby Santa Ana Thursday night (June 8).

someone got stabbed not sure who