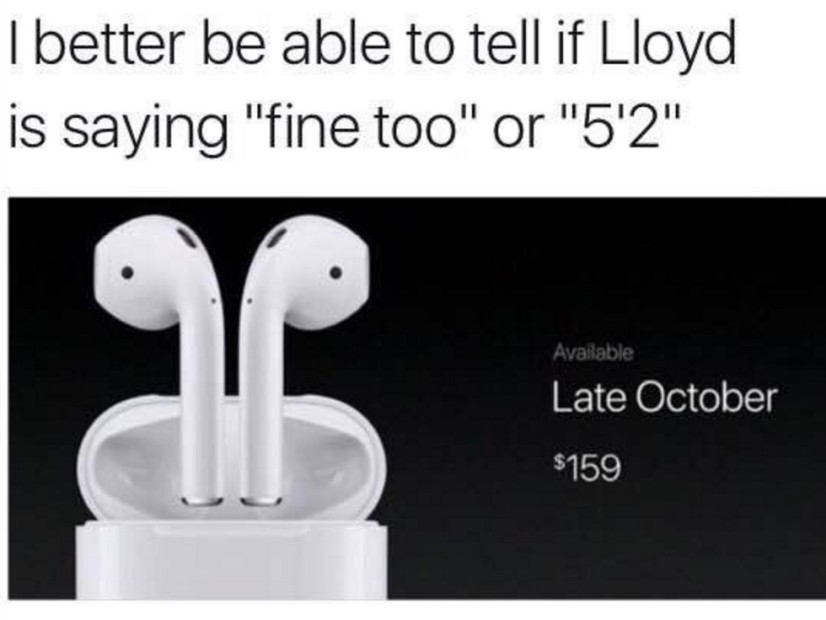 All Eyez On Memes: iPhone 7 Rids Itself Of A Headphone Jack

Another year, another iPhone announcement from Apple. Attempting to change the course of smartphone design yet again, the house that Steve Jobs built showed off both iPhone7 and iPhone 7 Plus for the first time. Months prior, rumors spread that the new gadget would be missing a headphone jack. They were proven true and many fans of the phone lost it. Sure, the iPhone 7 will come with an adapter for those playing car AUX DJ. However, the lack of simplicity was lost on some.

When they pass the aux cord but you have an iPhone 7 pic.twitter.com/X9vRSVIOUB

These #iPhone7 and #AirPod memes are wild. This Is 7. pic.twitter.com/OnAkenUUDz

the best thing about the iPhone 7 announcement are all the hilarious memes it is yielding pic.twitter.com/ufc4Gf90kH

For the culture. #AppleEvent pic.twitter.com/iikCyJd3W4

EXACTLY!!! This has been an issue since I worked for Apple under Steve Jobs!!! Can we fix this first world problem?!?! Thanks Apple!!! ?✅?? #apple #iphone #accessories #manythanks #iphone6 #iphone6s #iphone7 #firstworldproblems