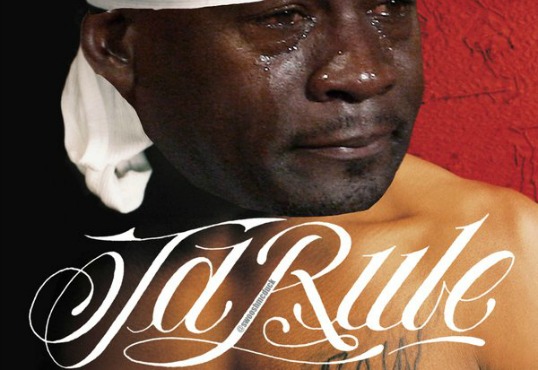 You can’t believe everything you read on the Internet. Apparently Ja Rule had to learn the hard way.

After the reality TV star dad made the mistake of taking the bait from a fake TMZ website that claimed Michael Jordan actually got paid every time his crying meme shot across the world wide web (as if Jordan Brand could keep track of them all at this point), he berated social media users for being “sheep” as MJ was laughing to the bank.

Ja Rule is really everything 50 Cent said he was. pic.twitter.com/FSMIGWfh9I

Of course that wasn’t true and those same social media users went the extra mile to make sure he knew it.

@artschooldrop so if i just did this…..do jordan and ja rule BOTH get a dollar? ? pic.twitter.com/GuG8ema1a5

All things considered, Ja is taking it in stride.

I ain't even gonna lie I'm dying laughing over here reading all this I have a great sense of humor y'all stupid as shit… Lmfao!!!

It still didn’t slow the slander, however.

"We all laughing at the Jordan crying face he gets a 1$ every time it gets post. Jokes on us!!!" – @Ruleyork pic.twitter.com/hJq88i7lrl

Best part of the Ja Rule tweet is that the $ is in the wrong spot tho l?l. pic.twitter.com/hD3blvrMNj

Ja Rule deleted the tweet, but I doubt he knows how screenshots and the Internet work. pic.twitter.com/VbL8xYqyGI