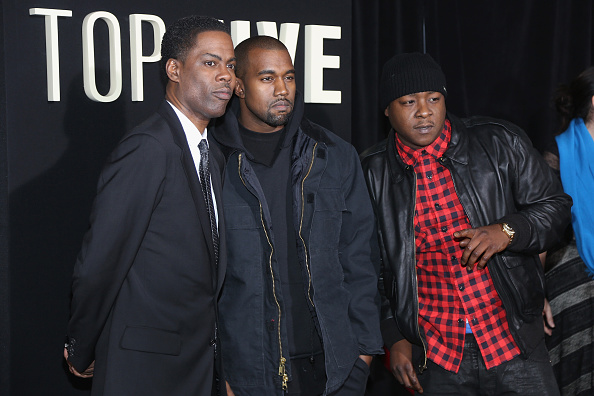 Chris Rock's Oscars Presence Is A Victory For Hip Hop

Straight Outta Compton‘s Academy Award omission and Chris Rock’s inclusion as the ceremony’s host is without question, acceptable collateral. The film’s conglomerate score on Rotten Tomatoes gives credibility to the entire “snub” accusation yet the famed comedian’s hosting gig is arguably the most Hip Hop thing that has ever happened to The Academy. (Well, that and Three 6 Mafia winning for a song titled “It’s Hard out Here for a Pimp.” It will be a millennia before anyone ever tops that one.)

As Rock was earning his stripes as viable force in Black Hollywood and later beyond, he became an influencer for the very same Hip Hop culture he had always been a fan of.

His signature boisterous on-stage persona would go on to become a voice for all rappers, even if he wasn’t exactly defending their actions and antics, and behind-the-scenes he was helping pump new life and ideas into songs that would transcend generations. (Anyone who had a creating a timeless classic such as “99 Problems” deserves recognition.)

It comes as no surprise that the iconic music that ultimately inspired the N.W.A. biopic holds the #1 spot on his top 25 rap albums of all time. Whatever the future holds for his developing Oscar monologue, there is certain guarantee that it will reflect the voice of Hip Hop regardless of Ice Cube’s presence or not.

Unbeknownst to many rap fans, Rock has garnered his fair share of credits within the liner notes of rap albums. Take a trip down memory lane.

Before Michael Jordan’s one-off movie career kicked off, Rock already had a loose tie-in with the NBA after appearing as the voice for Anfernee Hardaway’s “Lil Penny” Nike commercials. On the Space Jam soundtrack, a Lil Penny-ish Rock appeared alongside Barry White for the comical tune “Basketball Jones.”

As a product of 1980s Brooklyn, Rock’s range of Hip Hop knowledge easily surpasses the average celebrity who just reacts to whatever is buzzing on the Internet. Case in point his appearance on Price Paul’s A Prince Among Thieves–one of the culture’s greatest (if not thee greatest) concept albums of all time reaffirms his willingness to contribute any way he sees fit.

Ice Cube has a lot of albums; some classic, some oft-forgotten. War & Peace Vol. 2 (The Peace Disc) falls in the latter category but “You Ain’t Gotta Lie (Ta Kick It)” served as an ambitious attempt to translate his on-screen comedic efforts into something engaging on wax. With the help of Rock, of course.

Rock and ODB go way back like Brooklyn cracks in the pavement. The late beloved Wu-Tang star flexed his funny bone on Rock’s Grammy Award-winning Bigger & Blacker in 1999 and the Top Five director returned the favor later that year on ODD’s slept-on album, Nigga Please.

When the King of Crunk ruled over the land of rap, he created one of the best club songs of all time with “Get Low.” Rock was asked to see how far into the bottom he could take it and he damn near had it at the equator.

On his movie-inspired album, 2008’s Theater of the Mind, Ludacris (real name Christopher Bridges) seized the opportunity to tie-in Rock’s cult classic TV show, Everybody Hates Chris. However you wouldn’t ever find this language on any of The CW’s programming.

When it comes impact, no Chris Rock rap album appearance has measured up to nestling up next to the infamous “Yeezy taught me line.” Rock even jumped the shark himself, claiming West’s critically acclaimed album was better than Michael Jackson’s Thriller. It doesn’t get better than a self-appointed co-sign.

One could challenge Rock to say he created his baby–2014’s lauded Top Five–solely to insert this scene.