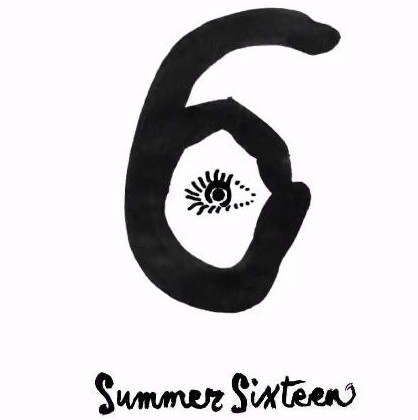 Between canoodling with Apple, serving as a near-fatal blow for Meek Mill’s rap career and two extremely successful surprise projects, it’s safe to say that Drake damn near ruled every conversation of 2015. October’s Very Own head manages to become the center of conversation after a fairly explosive week (Thanks to Kanye West and Amber Rose) through Views From the 6 single “ Summer Sixteen.” This, of course, comes after Drizzy found himself featured on Rihanna’s “Work” single from her recently released Anti project. With very little singing and heavy on the bars, Drake gets the most aggressive he’s been since “Back to Back.” A full 180° from ending the year off with the viral sensation of “Hotline Bling,” Drizzy is doing everything in his power to remind everyone of why he’s the 6 God. With that in mind, here are five notable rhymes from “Summer 16” that has everyone talking at the moment.

“I let the diss record drop you were standing right below me, nigga / We must have played it a hundred times, you was going to bed / Why would I put on a vest I expect you to aim for the head? / I coulda killed you the first time / You don’t have to try to say it louder nigga / We could hear you the first time / It’s nothing personal I would have done it to anyone.”

Mere moments after Meek Mill dropped part two of his Dreamchasers 4/4 series, Drizzy made everyone forget that the Philly rapper even existed. Talk about good timing. Though Mill sends some shots Drake’s way on the project, the masses will probably not care enough to even notice much. If anyone needed a reminder, “Back to Back” made the winner obvious. Too bad Mill hasn’t realized it yet.

During a live stream interview earlier this month, President Obama was asked a question of who would win a battle between Kendrick Lamar and Drake. There’s something about getting a co-sign from the nation’s first black president after the release of To Pimp a Butterfly that almost felt symbolic. Obama picked the Compton emcee as the better lyricist between both artists. From the looks of things, Mr. Aubrey Graham took that to heart.

Torey Lanez Is Put On Notice

Remember that one tweet from Torey Lanez where he called Drake’s usage of the number “6” in describing Toronto lame?

Well, looks like we have our response here and it’s in true form. Makes sense for OVO to keep things very subliminal and dismiss them as benefactors to his success.

Drake Wanted To Sign With Roc-A-Fella At One Time

The Jay Z and Drake comparisons get more glaring as time moves on. And, this is coming from the same guy who once rhymed that he’d cry a puddle of tears if Hov died. From student to master, the OVO king made a grand statement in his past ambitions. Like any aspiring rapper of the late 90s / early 2000’s, the Toronto native once wanted to sign to The Roc. Now, he’s reached the status of his idol and managed to break a few of his past records in the meantime.

He Can Flex On Kanye West Levels

“Now I got a house in LA, Now I got a bigger pool than Ye / And look man, Ye’s pool is nice, mine is just bigger is what I’m saying”

This was a tongue-in-cheek reference to Kanye’s persona as an egomaniac while throwing out a factoid of his luxurious lifestyle. That “Ye’s pool is nice” only adds a humorous flair that only Drake could really pull off.