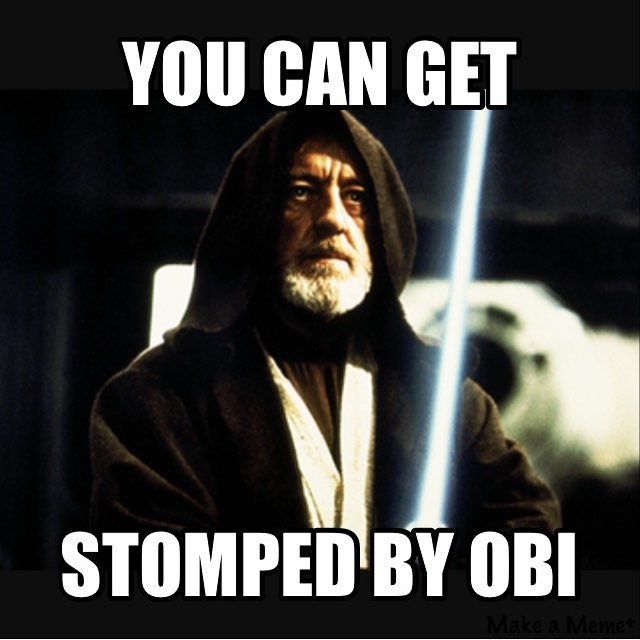 All Eyez On Memes: Eminem, Drake & Kanye West Gets The Star Wars Weekend Treatment While Future Gets Into Christmas Spirit

With Star Wars: The Force Awakens taking over the public consciousness due to Disney’s ridiculous marketing, of course, social media would create interesting rap memes.

This also means making some hilarious comparisons that only make sense to a selected few. For the record, Chubaka all the way.

This also means the continuation of “Hotline Bling” memes even if that means using someone who is probably the most hated character in the Star Wars franchise.

Considering Ye’s love for weird futuristic fashion, maybe he could play a villain in the next entry.

Get Stomped By The Force

Of course, the internet would find a link between Luke’s mentor and Eminem’s hilarious Moby diss from “Without Me.”

Future Clause In The Bando

As Christmas rolls around, memes taking light shots at everyone’s favorite rappers are a must have.

Meek Mill probably holds a record for the most losses taken in 2015 considering his probation violation issue.

If Rick Ross ever wants to make some life changes and become a pastor, these photos look like the perfect church promotional photos with Lira Galore.

The irony found a dose of reality this week when wealthyOnce Upon A Time In Shaolin buyer Martin Shkreli found himself arrested for fraud charges.