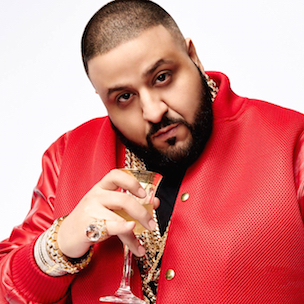 DJ Khaled As A Personal Trainer

Since becoming known for his extremely motivational one-liners and a recent move to using popular social media platform Snapchat, DJ Khaled has become a meme goldmine.

We The Best Snapchat

As last weekend ended, DJ Khaled provided a video of his morning ritual and that included brushing his teeth.

“Cocoa Butter is the key,” says Khaled during one of his Snapchat episodes which became widely circulated around the web due to sheer off-the-wall humor.

Since the almost legendary interview with Sway, social media continues to use Kanye’s “How” meme in questioning the seemingly impossible.

Facial hair makes any male look older than his actual age sometimes. Take this picture of Childish Gambino and Jhene Aiko for example.

There’s an irony in someone fusing PopeBars with Jay Z lyrics. Knowing Hov, he probably has some connect to the Vatican.

The opening bars of Coolio’s “Gangsta’s Paradise” were taken from notable Bible verse Psalms 23 which makes this #Popbars meme even more hilarious.

Then again, if Jesus is on the beats, what could be wrong with anything coming from The Pope’s mouth.