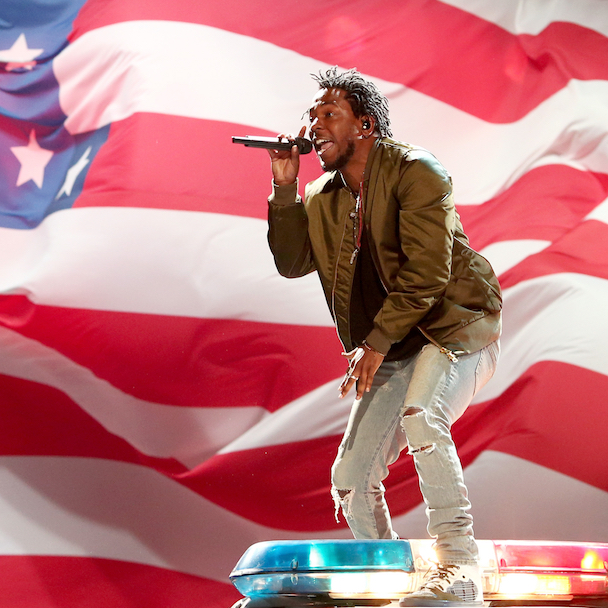 Kanye West called MBDTF an apology. For what, right? For smoking holes into the economy of American politeness? Or maybe it was for grabbing too much ass and drinking too much Henny and going up on a stage and saying some shit he couldn’t take back. The outrage spread like wildfire. What was, at the dawn of the new decade, quite the snafu, though, is today, just a dustup. The outrage machine that is social media has grown supple, a fat baby crying at the top of its lungs and it constantly needs feeding. People like us are great and sifting through the pork parts of RL to feed it to you, too. In many ways, it can be our jobs. But, I’m thankful. I’m thankful to Justin Charity’s K. Dot article, and I’m grateful for Andreas Hale’s rebuttal. It means we’re talking about things we care about and hope everyone else cares about too. There’s a great deal of humanity in that.

We’re all discussing the gargantuan humanity — the Epic of Gilgamesh level humanity — in Kendrick Lamar’s To Pimp A Butterfly. Is it the best album of the year? Is it as good as we all thought it was? Was it just a rehash of old-styled Afrocentric tropes made to great hoopla by the Soulquarians? It doesn’t matter, really. Because a trite examination of its parts leaves no room for the synergy, the metaphysical awakening of its whole. Its messy haired jazz plunges are evolutions of the Soulquarian mission statement, not a regression. Let’s, for a moment, trust our instincts. We heard greatness spill through our speakers. Our minds picked up on the meatier parts at once and left the more complex textures for later, but we ate and ate. We mulled it over and under. It popped into our minds in the shower. The moribund scatting of an emcee wtf seriously crooning “this dick ain’t free?” Absurd.

We listened, despite the strange mixing and mastering, and despite the old-timey sounds, the sax and horn and piano and funk, this time flitting about the room and bouncing off of things instead of the inside of some computer’s matrix. The notes felt like they, themselves, were literally dancing and so were Kendrick’s words and ideas, diving deep into his own pockets and summoning change from thin air. That’s what it felt like. “Complexion (A Zulu Love)” featuring Rapsody felt like rubbing cocoa butter into your skin on an ashy winter morning in Brooklyn. “King Kunta” like blowing into your hands for warmth.

But why is it important? It’s important because it is the most human album of the year. It looks to try and encapsulate the mitosis of a life that is not a parallel happening. This is complicated stuff, this living, this believing. Let us ask ourselves, with real brevity, what is all this? When the best of intentions leads to disastrous results? When the unfairness of a world with overlapping and constantly shifting modalities leaves you with no idea what the right move is? When you are overwhelmed by your own success and your otherness and your “u” and your sadness and your “i” this album will be here for you. When the weight of a decision made that cannot be unmade fills your life with an odor you know you will never un-smell  this album will be here for you. It is the rendering of a person pinned open, nerves bare. So, of course, its backdrop is a mixture of two of the most important American art forms ever: Jazz and Hip Hop. “Loving you is complicated,” right? Full bottles clanking happen in both revelry and despair right? This album is here for that. And it’s here to tell you that you’re going to be “Alright.”

Despite the pervasiveness of the virtual worlds we all inhabit, we are still breathing and thinking. We are still brutish at times and nurturing at others and sometimes we are both all at once. Consider the alternative, then. It isn’t necessarily a bad one. K. Dot’s first album gave you a linear story about what it was like to exist in a hood that was not of your own choosing. But he’d chosen. And his fame and wealth have increased a million times fold so what’s the album you make after that? An album that stretches further, maybe. One that shoots for the outer reaches of both the inner and outer worlds of our messy, dumbfounding humanity. For my money, for almost any artist that’s tried to do that, he’s come the closest to succeeding.

Especially when, for all you’ve done and all the sacrifices you’ve made, you’re forced in front of what you’ve alway wanted only to find it wanting. To find that it isn’t everything. To address that, and do it while dragging in almost all of black music into the mix is extraordinary. At least, I hope, we can settle on that.

Andre Grant is an NYC native turned L.A. transplant that has contributed to a few  different properties on the web and is now the Features Editor for HipHopDX. He’s also trying to live it to the limit and love it a lot. Follow him on Twitter @drejones.