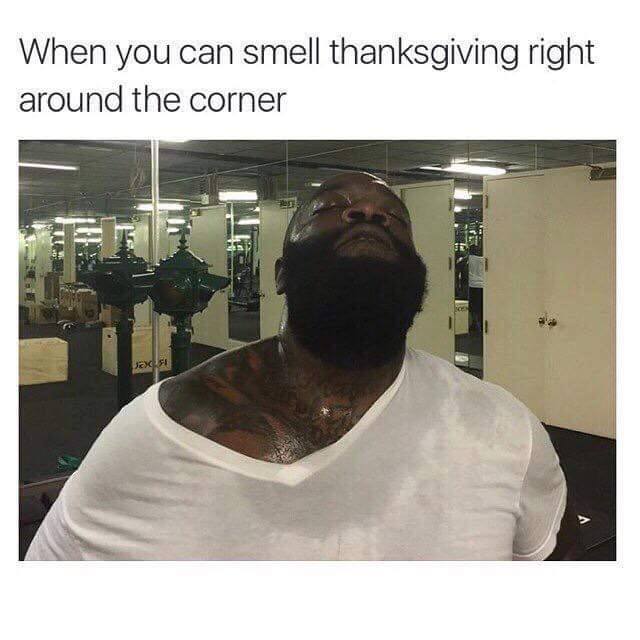 Getting Ready For Thanksgiving

Why not use the popular Rick Ross workout meme in anticipation for Thanksgiving.

Ironically, The Game himself decided to become a “Classic Man” for Holloween following memes alluding to his similarities to Jidenna.

“I just fucked your bitch in some Gucci Flip Flops” is probably one of the best opening lines of 2015. The pettiness of social media continues to use the line in the most ingenious ways.

Remember the popular “stepping into 2015” meme last year? It’s back with Meek Mill in tow as this year hasn’t been the greatest for him.

Is Kobe’s Time Up?

Comparing the awesome duo of Raekwon and Ghostface Killah to Lebron James and Kyrie Irving? Must make sense to someone.

Clippers are got the “Lob City” nickname for a reason. They get the treatment for The Fugees’ sophomore classic The Score.

This week, Adel’s “Hello” broke some records while Drake’s “Hotline Bling” still manages to inspire parodies weeks after its release.

Yes, Future may be 2015’s turn-up king. However, some of his music is really depressing beneath the surface.