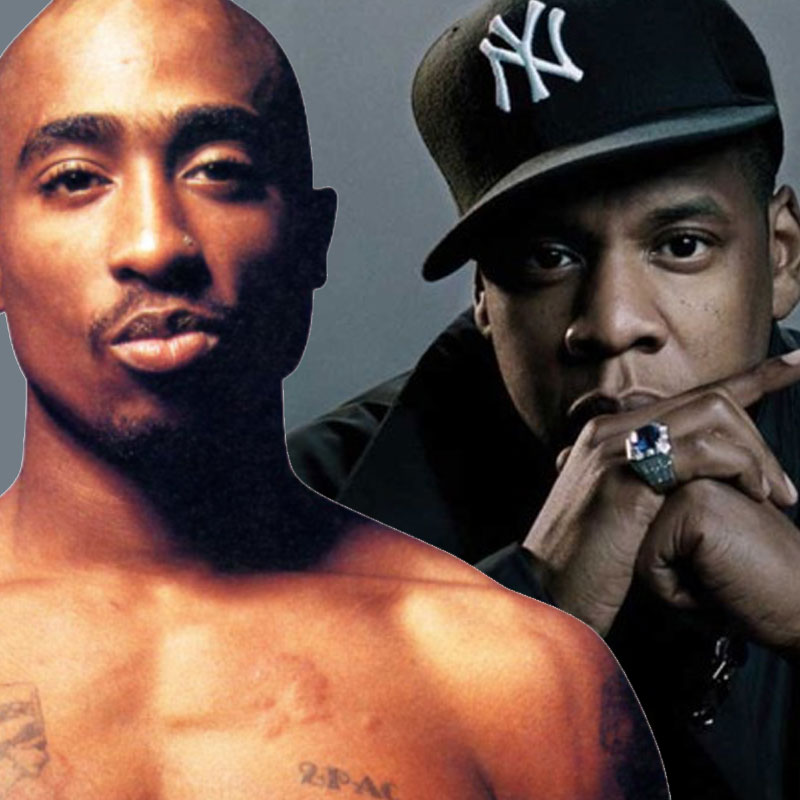 Ural: Considering the impact, popularity and backing Pac had at the time, it’s highly unlikely anything Jay Z would have thrown him could work. Death Row was too much of a united front that was only made stronger once the All Eyez On Me rapper joined the ranks despite Dre leaving some time before his death. Yes, Pac wasn’t anywhere near the wordsmith people associate with Hov. However, there was an unhinged genius who was bold enough to say “ You fat muthafucka, that’s why I fucked yo bitch” on “Hit Em Up.” Hov simply wasn’t big enough then to even effectively diss Makaveli himself mainly for the same reasons Drake vs. Meek Mill turned out the way it did regardless of how elementary the contemporary beef looked. History probably would see him now as someone trying to capitalize on the East Coast vs. West Coast controversy. Then there’s the fact that Pac was a genuine hit-maker and Hov’s first crossover hit wouldn’t be until Vol…2 Hard Knock Life. Around that time, Jay couldn’t match the mainstream appeal of Death Row’s flagship artist or Biggie.

This does beg the question: What info did Jigga have on Pac that DJ Clark Kent felt was damaging enough to destroy his career? Honestly, it sounds like fluff considering how long Mr. Shakur has been dead now. Between the internet, recent accounts of how people viewed him then and other tidbits of information, what could have been said? Right now, the world will never know. That’s unless something gets leaked because that’s how the internet world works.

Andre: According to DJ Clark Kent it would have been over after Jay Z’s scathing takedown of ‘Pac. He said there wouldn’t have been any coming back. But he’s wrong, I think. ‘Pac always came back. He’s been coming back after his untimely and tragic end in 1996, and before that he was a man of many lives. But, if what he’s saying is true, then this diss track could have had far reaching implications. Tupac has become a symbol of the poetry and rage of Hip Hop. He is Hip Hop’s champion, and unless something changes drastically over the next 20 or 30 years he will go down as its ultimate hero. So then imagine a world where that isn’t the case. A world where Tupac Amaru Shakur gets so thoroughly roasted by Jay Z that his disses become tiny, ineffectual affairs akin to “Wanna Know.” Let’s imagine what, in 1995-1996, that would have meant for him. Well, it would have meant close to career humiliation.

Those were Hip Hop’s halcyon days and such losses would have been taken seriously by all. It would have put a blemish on his record that would not have been easily escaped. But how plausible is it that Jay Z really put the knife in and turned it slow like that with “Nasty?” You have to remember that as great as he was even then, he wasn’t the well seasoned lord or rap he would become by the time Big died and The Blueprint surfaced. Could “Nasty” really be that good? I guess we’ll never know.

What Would Be The Ultimate Hip Hop Biopic?

Andre: The only true, no holds barred biopic I’d like to see is the life and times of one Sean “Puffy” Combs. Talk about a rags to riches story.  Hard-scrabble kid off the streets of Harlem makes good, goes to Howard and pursues his story in the music business. At first, a backup dancer and small time A&R. Then, the Andre Harrell days where the stories fly en masse. Coming to work with his shirt off. Screaming at interns. His firing, and then re-emergence as a major player through one of the biggest coups of all time. Grabbing a then underappreciated Biggie Smalls and helping to mold him into one of the greatest emcees of all time. Calling B.I.G. back in time to avoid the raid on his stash house in the Carolinas, Faith, Lil Kim, Bad Boy and more.

Puff Daddy has had his hand in almost every major rap happening in the last 20 years. Every single one. And his life is chock full of rumor and innuendo. It would be epic and sprawling and if honest, could unlock a litany of mysteries hanging over Hip Hop like a cloud.

Ural: The best music biopics are good at interconnecting an artist’s music with their personal lives while framing that in the role they serve within pop culture. At this point in time, Hip Hop is so ingrained within mainstream America, it won’t be surprising how many rap stories get silver screen adaptations after the inevitable success of Straight Outta Compton. One story that needs to be told is that of Sugar Hill Records, rap’s first record label. Most importantly, Joe and Sylvia Robinson’s company gave the world The Sugar Hill Gang and the biggest rap single of the time “Rapper’s Delight.” Anyone who’s seen the documentary I Want My Name Back can surely understand the drama and controversies that arose from that record’s success. For many unaware of the culture, “Rapper’s Delight” was their first introduction to Hip Hop. Then there were the effect rap’s most iconic single had on Hip Hop culture both negatively and positively depending on who one talks to.

Who doesn’t want to see an origin story wrapped in an “almost end of disco era” package? Other moments could be tackled including Grandmaster Flash and Grandmaster Flash and The Furious Five’s “The Message” which turned Hip Hop into more than just something to party to but, lead socially aware themes that would eventually benefit a group like N.W.A. A Sugar Hill Records flick would be beautiful, funny, triumphant, uncomfortable, depressing and everything that makes musical biopics great.

Andre Grant is an NYC native turned L.A. transplant that has contributed to a few different properties on the web and is now the Features Editor for HipHopDX. He’s also trying to live it to the limit and love it a lot. Follow him on Twitter @drejones.
Ural Garrett is a Los Angeles-based journalist and HipHopDX’s Senior Features Writer. When not covering music, video games, films and the community at large, he’s in the kitchen baking like Anita. Follow him on Twitter @Uralg.