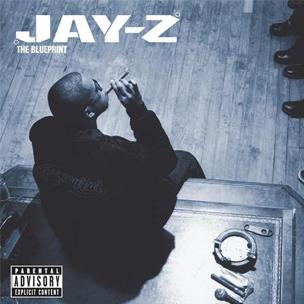 Jay Z has spent the good part of this year in the public eye and has shown no signs of disappearing. With the release of his sixth album The Blueprint, Jay Z, who said this is his “most personal album since Reasonable Doubt” has brought the flavor back into his lyrics and not just the beats.

The 13-track opus, with two bonus tracks, shows why Jay Z has the audacity to call himself the King of New York. With the majority of the tracks sounding like a trip into a deejay’s old school collection, Jay Z sounds like he has taken his time and collected his thoughts. The first track, titled “The Ruler’s Back” sounds like Jigga spitting off the top of his head. With the backing track’s trumpets, Isaac Hayes guitar and dipping drums, the New York emcee’s lines cut the track up like a drug dealer with his product. Lines like, “I’m too sexy for jail like Right Said Fred” flow through the track and let the game know that he can’t leave Rap alone. The game needs him.

Production on the album is a mixed bag of up and coming as well as established producers that shine through with their signature sounds. Kanye West, Just Blaze, and Bink handle three or more songs with additional production from Timbaland, Eminem and Tone and Poke of The Trackmasters.

Although he references them and calls out their names to the hilt, there are no guest appearances from his Roc-A-Fella fam. Jigga does reach out to other artists; on the old school track that sounds like a Reasonable Doubt outtake, “Girls, Girls, Girls,” Slick Rick, Q-Tip and Biz Markie play around in the background. And in an attempt to link the different markets of Rap music, Eminem makes an appearance as both rapper and producer on the haunting, Michael Myers sounding, “Renegade,” which displays the Detroit rapper with another flow that keeps fingers on rewind buttons.

If this album does anything, it keeps the beef mill moving. As fans wonder what’s the deal between Nas, Mobb Deep and ‘Hova, the track “Takeover” doesn’t explain anything, but it shows that Jay Z hasn’t been sleeping on the rumors. The beat, which makes you move no matter who you are, keeps heads listening to lyrics as he tells the Queensbridge stars how it is. The track boasts lines like the following:

“I don’t care if your Mobb Deep / I hold triggers to crews / You little fuck, I got money stacks bigger than you… Went from Nasty Nas to Esco’s trash / Had a spark when you started, but now your just garbage  Fell from top ten to not mentioned at all / To your bodyguards Oochie Wally verse better than yours…”

In the midst of his various party tracks that he has released in the past, Jay Z has reached into his soul and found his gusto that allowed Reasonable Doubt to hit the Hip Hop classic list.

With his well-established flow, comedic verses and “rewind-me” lines, Jay Z has hit the streets with an album that shows why he is the number one contender for the crown of New York.