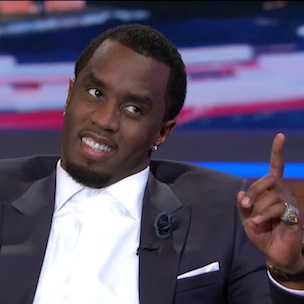 This week, some of the best Independence Day memes and the internet reacts to Diddy’s fall at last weekend’s BET Awards.

Just in case the United States Of America attempts an adjustment to the current flag, someone found one specific adjustment just in time for Independence Day.

Independence Day wasn’t only the time America fought for freedom against British terriney, it became the moment in history Will Smith helped save the world from invading aliens.

Whether it’s propane or charcoal, hopefully everyone had a safe time with the grill yesterday and kept it cool like Hank Hill.

During the Bad Boy reunion performance at last weekend’s BET Awards, Diddy took a nasty fall that had the internet in an uproar.

Remember To Get Up

After that nasty fall, Diddy performed like nothing even happened. Doesn’t mean the internet forgot.

The current tiff between Joe Budden and Meek Mills over something so silly has inspired some interesting social media commentary.

As Budden and Mills went at each other, this take on No Love Lost’s cover with the current U.S. Vice President Joe Biden.

Forget world peace and economic prosperity, this is what a happy Future looks like.

Cheers to the moment in history where someone decided to buck the authorities. Before N.W.A., it was this.

Being an artist is more than just making music. It’s also about insuring the package to an album is up to par.