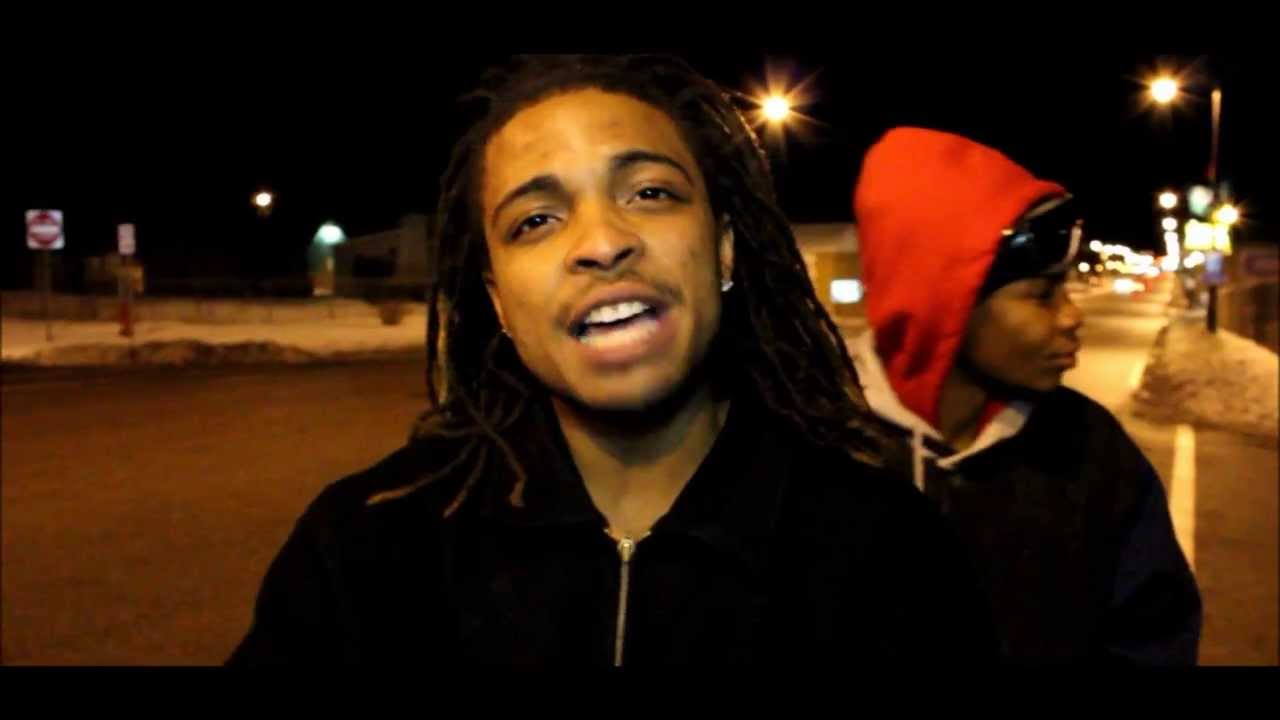 Chance The Rapper: Major Without A Deal

A few weeks ago, Twitter was ablaze with memes and jokes when it was reported that Troy Ave’s second studio album, Major Without a Deal, sold only 30 physical copies in its first week. Quickly after, Billboard and Troy Ave clarified that the figure was negligible since it had only taken into account street date violation sales that were made before the official release of the album.

Still, those 30 physical copies that were sold outnumber the number of records ever sold by fellow XXL 2014 freshman class member Chance the Rapper. Admittedly so, this is because the Chicago MC has released all his music up to this point for free, beginning in 2012 with his debut mixtape, 10 Day.  And with no label backing him upfront, including the kind of independent label that Troy Ave has to support him, Chance the Rapper’s rise from throwing free shows in high school gymnasiums in the Southside of Chicago to the cover of The Fader, Complex, and the Lollapalooza stage alongside R. Kelly, shows how viable it is for an artist to become major without a deal.

Shunning Labels Has Become The Wave

Chance decidedly doesn’t have a record deal. And while it’s easy to run with the headline that he turned down an offer from TDE, it’s important to clarify that he didn’t pass on TDE specifically, but rather passed on the notion of signing a record deal altogether. As exciting as it would be to see Chance on the same roster as Kendrick, Ab-Soul, Jay Rock, and Schoolboy Q, staying within his tight circle has enabled him to release music on his own terms and at his own pace.

And although he is without a deal, he does have a publicist — Dan Weiner — whom he met through his work with the band Kids These Days, another Chicago act which was fronted by Vic Mensa and included Surf frontman Donnie Trumpet. Weiner introduced Chance to another client of his, Childish Gambino, which lead to his feature on 2012’s R O Y A L T Y and his placement on Gambino’s tour. This introduced Chance to an audience of Internet-addled teenagers, accustomed to finding music through blogs and the Internet more-so-than-radio. In addition, Weiner also paired Chance with seasoned Hip Hop booking agent Cara Lewis (“Cara Lewis is our agent, word up”).

In late 2012, between the releases of 10 Day and Acid Rap, Chance was questioned about the labels that had reached out to him. “I definitely want people to know there’s gonna be a major label album coming soon,” Chance said in an interview with XXL. “I can’t say with who yet.”

Two weeks before the release of Acid Rap, Chance spoke with HipHopDX about his independent status. “It’s a label of us right now—just me and Pat,” Chance said, referring to his manager. “Right now it’s a great system. No one’s telling us how some shit should sound, giving us a date to have the tape done by. Today it’s April 13; I’m still not done with this tape, and it comes out April 30.”

A year after the XXL interview, and following the success of Acid Rap, Chance once again fielded questions about signing with a label; this time around, he calmly refuted the need to be signed. “There’s no reason to [sign with a label],” Chance said in an interview with Rolling Stone.

“It’s a dead industry. The whole point of Acid Rap was just to ask people a question: does the music business side of this dictate what type of project this is? If it’s all original music and it’s got this much emotion around it and it connects this way with this many people, is it a mixtape? What’s an album these days, anyways? ‘Cause I didn’t sell it, does that mean it’s not an official release? So I might not ever drop a for-sale project. Maybe I’ll just make my money touring,” Chance said.

Pessimists may use this change in position as ammunition to prove that Chance is an “industry plant,” an artist with a label secretly backing them. And while that thought may be limited to conspiracy theorists on KanyeToThe forums, it’s not unheard of for a label to have an artist secretly signed for some time. After all, Logic admitted in an interview that he’d actually been signed to Def Jam since 2012.

But perhaps Chance’s change of heart isn’t too illogical. If Acid Rap truly was a project meant to question the validity of the music business meddling with the artistic side of things, then didn’t it prove how lucrative it could be to act without the interference of a label?

Chance Doesn’t Want To Be Cool, He Just Wants To Be Free

As an independent artist, one may seek the value of a distribution deal, and while this would afford Chance radio play and physical releases, how much could that do to further his career at this point, and at what cost? Chance has established his fanbase, and with that, he has a captive audience that will continue listening to his music, especially if he keeps releasing it online for free.

And as much as it feels good to hold a physical copy of an album, Chance’s audience grew up discovering and downloading music on the internet. If they want to promote his personal brand, why not just buy an Acid Rap tee at the merch booth of his show, or online?

Sure, he’s not on Spotify or Tidal, but that seems to be ok right now. Don’t have his album? Just go to the link that he put on Twitter. The biggest drawback that not having a label can propose in the future is the lack of promotion.

But in a telling interview with the Breakfast Club in February 2015, Chance and Nico Segal (Donnie Trumpet) spoke candidly about their choice to forgo the label route. When Charlamagne brought up the prospect of Chance being a mere product of “media hype,” Segal took ownership of the accusation.

“We live in media hype. The reason people are successful nowadays is because of media hype or because of the Twitters and the Soundclouds and the Facebooks and all the different kinds of ways that these kids could literally talk to Chance the Rapper,” Segal said.

Chance also spoke about how music is moving in a direction that’s more exclusive, and how he’s trying to retract it into a “bohemian society,” where fans are more inclusive, making the relationship with the artist more personal.

And Chance’s organic homegrown approach is so much cooler and more inclusive than Apple’s Connect or the sentiment “#TidalForAll.” After all, what’s more inclusive than giving consumers one platform they must pay for in order to have access to an artist’s content?

But Chance doesn’t wanna be cool, he just wants to be him. And a lot of the tactics Chance has employed as an independent artist have become the norm for artists signed and unsigned. Consider all of the major releases this year. When did we have as much as an album cover or tracklist for more than two weeks before the release date, even if we got one of those?

True Independence Means Never Having To Say Your Sorry

Still, the control Chance has over his output does put him at an advantage over other artists. It’s doubtful that we’ll see any “I WOULD LIKE TO PERSONALLY THANK (@insertlabelhere) FOR FUCKING UP OUR RELEASE,” tweets from his camp coming any time soon.

Acid Rap was released two years ago, and with Surf, Chance is only doing more to subvert the expectations of what an artist must do to follow up a well-received record. Chance can release an album that showcases the talents of other artists, as opposed to rushing to release a solo album in order to fulfill a contractual obligation.

Chance avoids the contract disputes that have enshrouded artists on Cash Money Records, all while putting out a collaborative album with cameo appearances by Busta Rhymes, B.O.B, and Erykah Badu, to name a few. And while “Rapper” is in his moniker, Chance is among a generation of rappers who “the rapper” is merely another occupation added to their resumes, and the freedom of not being signed to a label allows Chance to dip in and out of that role.

If it’s any more of a testament to this, the rapper is set to star in a feature film directed by longtime collaborator Austin Vesely, and Chance himself told Rolling Stone recently that he doesn’t know when he’ll release a solo album. And with no label, there’s no (legal) need to.

Though he’s had a sudden, meteoric rise to fame, Chance the Rapper’s success as an artist is partially due to the footwork he put in as a young artist in Chicago, along with his decision to keep his marketing and promotion in-house, which has given him the leeway to release his music the way he wants to, when he wants to. Chance has utilized his tight circle and resources to capitalize on his talent and reach the level he’s at. And while skeptics may think a label is lurking in the background somewhere, Chance the Rapper shows how the Internet has given rise to an artist who’s capable of being major without a deal.

“Christopher Cole is a native of Rancho Cucamonga, CA (Yes, from Next Friday), and he studies Film and Television Production at NYU’s Tisch School of the Arts. He is an aspiring screenwriter, Kanye West defender, Netflix binge watcher and has written for Washington Square News. Follow him at@ChrisCole95.”