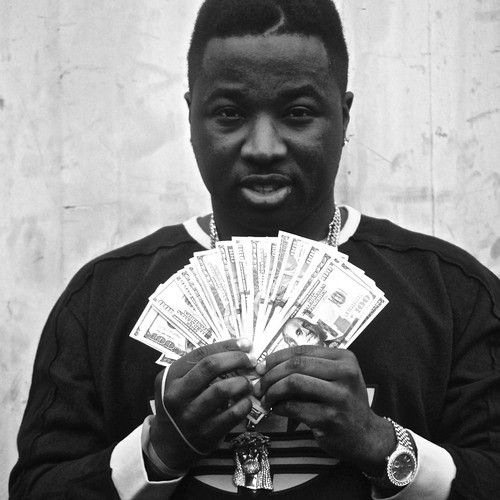 As such, we’re reserving this space for a weekly reaction to Hip Hop’s current events. Or whatever else we deem worthy. And the “we” in question is me, Andre Grant, and Ural Garrett. Collectively we serve as HipHopDX’s Features Staff. Aside from tackling stray topics, we may invite artists and other personalities in Hip Hop to join the conversation. Without further delay, here’s this week’s “Stray Shots.”

Andre: Troy Ave’s 90s like version of aspirational rap is about money, cars, women and clothes. We all used to be so into that shit, weren’t we? Classic hood flicks like Paid In Full put right up to our noses the Horatio Alger cheese of the “rags to riches” story. It’s the ultimate dangling carrot. Work hard enough, sacrifice, be ruthless to your enemies and good to your friends and you, too, can achieve the American dream (i.e. be rich as fuck). For folks like my parents it was about coming to the States, finding a job, getting an education and getting your kids a better one. Let’s not talk about the fact that the reason you had to come here for that is because America was holding that bag of cookies hostage. For folks like Jay Z, B.I.G., ‘Pac and others, the goal was to go much farther. It was to launch yourselves into the upper crust of American society through brute force. Through straight-up cash. The pull for that was immense, and, eventually, that line of There Will Be Blood thinking won out. Gangster rap became the dominant force on the charts, and with it came the hyper-focus on material things. Rap always had other forces worming throughout the culture, though. There was what people like to call “conscious” rap. It was the polar opposite of gangster rap. It was about fulfillment for your people and for yourself. And it was upheld by groups like De La Soul, Tribe Called Quest, OutKast and others. With Ye´came the rise of “middle-class rap,” where an emcee could openly talk about his time working at the Gap and how college was a worthless carnival and not be vilified for it. The 2000s were a strange time, indeed.

But something awoke in the modern urban psyche when Mr. West’s focus on inner turmoil, morality, fashion and the will to be oneself came to the forefront of the culture. It would take a while — College Dropout and Late Registration formed a formidable push in that direction — but it would be Graduation and then 808s and Heartbreak that would cement the shift. The last entry would all but go on to create the musical landscape we are awash in today, as Ye´ teamed up with Kid Cudi and T-Pain to write Beck’s Sea Change for the Hip Hop aughts. And with that, the new crop of talent who grew up listening to Kanye get “Jesus Walks” playing in the club and “Drunk and Hot Girls” would think, “Why does everything have to be about money, clothes, women, cars, and power? Why can’t I just be myself?” Myspace dug the hole even deeper, as emcees like Charles Hamilton, Brandon DeShay and a young Canadian kid named Drake would experiment with styles both old and new. Of course, Drake figured it out and the rest is history. But there’s a difference. The aspirational rap of the 90s was still anti-establishment. It was about getting money outside of the traditional modes of making it and then ruling the upper crust with an iron fist. It was a pipe dream, but it was Gen X and important.

The new millennial rap of modernia is in bed, snuggled up to the pure impulses of capitalism in a way no other generation before it has. Everything is about being a “brand” or worshipping one. And all the energy has gone from standing out in definitive ways to standing out in your own way. Ask me what the difference is, and I’ll likely look at you puzzled, put my head down and belly laugh. Kendrick Lamar is an outlier, but important, then. He is both of the mind of telling introspective moralistic stories a la conscious emceeing, but in an anti-establishment way like Gang Starr or Mos. For most, from A$AP Rocky to Chance The Rapper, this isn’t the case. While A$AP has most earnestly followed Kanye in cozying up to brands and branding, Chance has gone the direction of cozying up to childhood nostalgia capitalism-pulls like the Arthur theme song. So here is Troy Ave., making the kind of music few appreciate, and even fewer really, really feel akin to. And here is Troy Ave, effectively alienating a great swath of those who may have been his fans say 10 years ago. Where we go from here is anyone’s guess.

Ural: Sometime around the rise of No Limit and the dreaded “Shiny Suit Era,” aspirational rap became perverted by hypercapitalism. Sure, the lyrical mechanics remained mostly intact but, the soul was lost. Add the eventual dominance of nearly everything below the Mason-Dixon Line, fall of New York, music industry downfall and economic recession, most of the 2000s Hip Hop was in a weird transitional state. Maybe it was the first black president or maybe the nuanced look into aspiration rap spearheaded by Kanye West since College Dropout, things have obviously changed. This is an era where Macklemore’s “Thrift Shop” almost parodied the notion of mega spending and won big time. Between J Cole’s 2014 Forest Hill Drive and Kendrick Lamar’s To Pimp A Butterfly, the goal of acquiring large amounts of money isn’t just for frivolous flexing. It’s more about using those said funds for building socio-economic power within a system that oppresses. Even Jay Z has elevated from rhymes about enjoying the luxurious spoils of street hustling to understanding his new found responsibilities as a corporate boss. Yes, it’s painfully obvious most top 40 Hip Hop still thematically relies on the mantra of money, cars, women and clothes. However, the masses are more into those uber simplistic melodic hooks, bass heavy 808s and dumbed down lyricism sandwiched in-between. There’s a specific level of self-awareness that also serves as a guilty pleasure.

This new dynamic has not only become a challenge for Troy Ave but most New York emcees who indulge in aspirational rap. Attempting to “bring New York back” is difficult when most of the popular rappers from the area are more influenced by Southern sensibilities or avoid economic flexing all together. Makes sense why Action Bronson’s local eccentricity is so fascinating and the old soul aesthetic of Joey BadA$$ is so appealing. Troy’s Major Without A Deal album isn’t actually bad either(in my opinion). Considering the creative climate of Hip Hop today, it does feel as hollow as the album cover featuring Brooklyn’s own leaning against an all black Mercedes. Which is a shame as Major Without A Deal feels like a throwback almost to a fault. Troy can spit, manages to also play around with Southern sounds, has sound pretty high profile guest spots, can hold a note when sing-songing and “Doo Doo” could be 2015’s most underappreciated single. The problem? There’s no soul. While aspirational rap’s debateable godfather- B.I.G. mastered the art of contextual flossing, many have failed attempting to emulate. Troy may be one more casualty.