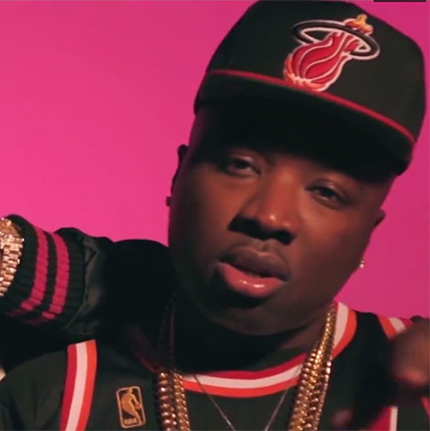 This week, the internet reacts to Troy Ave’s reported album flop and Rachel Dolezal becomes the most popular “transracial” figure.

The internet erupted when sales figures for Troy Ave’s Major Without A Deal arrived with under 5 thousand sold overall with 30 physical copies. Big loss in dead.

In some bizarro world, having Iggy Azalea portray Rachel Dolezal could be borderline genius. The similarities are quite obvious.

Black Twitter erupted once the story of Dolezal’s attempt to pass as African American hit the web. Leading to some of the greatest commentary one will hear on race this year, #askRachel hashtag only added more hilarity.

Can Dolezal Answer The Ultimate Question

There were many #AskRachel questions that were proposed. However, this one surely took the cake.

Jay Z’s Face After The Announcement Of Apple Music

If the battle between Spotify and Tidal couldn’t get any worse, Apple Music joined in. Could this have been Hov’s look during the announcement?

“Trap Queen” may be the song of the summer but that hasn’t stopped the internet from making light hearted jokes about his signature aesthetic. Even using this late C4 Corvette as inspiration.

Following the cancellation of a national tour and Pride weekend performance, the internet still won’t give Iggy a break. Take this as a prime example.

Kanye Is On The Paleo Diet

Kanye phoned into Hot 97 recently to talk rumors about kicking people out of Chuck-E-Cheese. Not only did he say the situation didn’t happen, Yeezus himself is staying away from carbs.

When The Cops Come

Can Anyone Guess This Lyric

Thank the heavens for Three 6 Mafia. The Memphis group has inspired the best memes the internet has to offer. Case in point here.