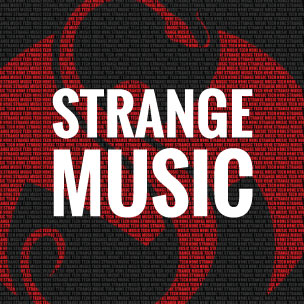 As such, we’re reserving this space for a weekly reaction to Hip Hop’s current events. Or whatever else we deem worthy. And the “we” in question is myself, Andre Grant and Ural Garrett. Collectively we serve as HipHopDX’s Features Staff. And, this week, we’ve got a special guest in Wisconsin’s very own and intrepid intern Cliff Grefe. Aside from tackling stray topics, we may invite artists and other personalities in Hip Hop to join the conversation. Without further delay, here’s this week’s “Stray Shots.”

*Of course Tech N9ne is the leader, but these five artists have also put out very, very strong projects alongside their rapid-fire commander-in-chief.

Ural: Along with adding to Top Dawg Entertainment’s spectacular 2011 ranging from Ab-Soul’s Longterm Mentality and obviously Kendrick Lamar’s Section 80, Jay Rock’s co-released debut with Strange Music stands as one of the label’s most unique. Follow Me Home was a straight forward West Coast album more in line with gangsta rap from an entity more known for being outside of traditional Hip Hop notions. Matter of fact, some could call that album the most commercially approachable during that time outside of Tech N9ne’s own All 6’s and 7’s (released literally a month earlier). Doesn’t hurt that Jay Rock could spit some of the best narratives of gang life at the time and managed to secure some slick production along with pretty high profile guest features. Even Tech N9ne and Krizz Kaliko manage to show up on “Kill Or Be Killed” without sounding awkward. It’s pretty interesting that at one time, TDE had a difficult time getting a record from Jay Rock on shelves through their deal with Warner Brothers Records. Strange Music played the halfway point for a label that would soon make their way to Dr. Dre’s Aftermath imprint at Interscope with Follow Me Home. 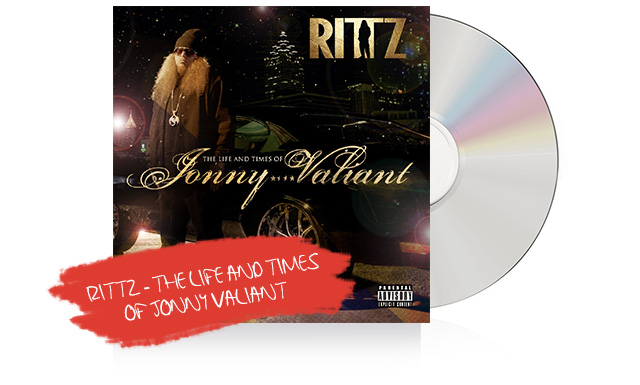 Rittz – The Life and Times of Jonny Valiant

Ural: Many caught wind of Rittz on Yelawolf’s Trunk Muzik banger “Box Chevy.” Those following the Slumerican rapper understand how incredibly dope his 2011 debut mixtape White Jesus was. Continuing the momentum, he eventually landed on Yela’s Radioactive project. Elevating from beneath Catfish Billy’s shadow, Strange Music came calling and he fit in like a glove. The Life and Times of Jonny Valiant managed to both elevate beyond his last project and become one of 2013’s most underrated albums. Of course the damn near required Tech and Krizz features popped up, but there were a few pleasant surprises as well that made all the difference. First was the flat out ratchet sensuality of  “Sober” featuring Suga Free and the introspective “Wastin Time” with Big K.R.I.T. Then again, the southern rapid fire slang still pops up on “For Real” and biographical “My Interview.” Outside of !Mayday!, Strange Music never had true Southern representation and Rittz filled that void with trunk rattling bangers that would continue to his 2014 follow-up Next To Nothing.

Andre: In the game since the early 90s, the emcee known as Brotha Lynch Hung released Dinner And A Movie as his Strange Music debut in 2010, and it helped put a punctuation on the strange in Strange Music. The beginning of a cannibalistic trilogy, Dinner And A Movie saw the horrorcore emcee succinctly divulge the ins-and-outs of carving through murderistic tendencies while raising kids and trying at a struggling rap career. The metaphors and flow are cold, despite the warm blood gushing through his songs, and the Sacramento emcee is typically one of the most underrated emcees, perhaps, ever. While violent lyrical content was a given for most artists in the 90s, Lynch was shunned by most fans, and may have been a victim of his own prodigious skill. Perhaps his ability to convey real internal conflict while vividly rapping about dismembering and eating other humans was too much to bear. Still, this album is a highlight in his long, winding career, and Strange has continued to appreciate his serial killer tendencies while embracing his refusal to compromise his sound or lyrics for just about anything.

Andre: Tecca Nina’s right hand man, Krizz Kaliko brought the heat with Kickin’ & Screamin’, a 19 track assault on the rap senses. Seven slashed through 17 of those 19 tracks, creating a soundscape that was perfect for the emcee. The album featured great features from Tech himself, Twista, T-Pain and others, lending to the success that the label had begun to attain over the years. The gem was arguably “Spazz,” another Michael “Seven” Summers production that featured the robust skill set of the Strange Music emcee: multi-syllabic rhymes, a spitfire flow, and an infectious, high energy hook. Then there’s “Dancin’ With Myself,” where he let critics know they really didn’t matter. For Strange Music artists that’s probably correct. The loyalty and intensity of his and their fan base almost alway assure that willing ears are waiting to hear what Krizz and the rest of the Strange team have to say.

!Mayday! – Take Me To Your Leader

Ural: Before Strange Music, Miami-based collective !Mayday! were pretty fine by themselves locally. Making their way to the label that Tech helped build, they would release an album that Travis himself would call it the best releases in the labels history through Take Me To Your Leader. One reason could be how free the chaotic album feels. So much to where there are ideas that are purely insane including “Due In June” and “June” a track that’s narratively placed from the perspective of an unborn fetus. Then there are the more socially aware moments like “Everything’s Everything” which perfectly blend Top 40 catchiness with revolutionary ideas. Since then, the group has dropped Believers and !MursDay! with Murs but either have left the impression of Take Me To Your Leader.

Cliff: Raw and Un-Kutt was grimey. Records like “Get Kutt” had that dirty bounce sound. Other joints, like “Only You,” employed elements of that style, whilst slowing it down for the ladies. You never would have thought Kutt could or would do records like that, but he maintained the style, and laid some funk on top to smooth it out. “Calling My Name” was different as well and was another exemplifier of the artist’s adaptability. The Midwest has a diverse musical palate. At any given time, it’ll have a multiplicity of distinct regional sounds. That Strange sound is one of them. Characterized by wild flows and vocabularies and grizzly melodies laid over bouncy, uptempo beats, Kansas City has been waiting to blow. Kutt Calhoun owned that Strange Music sound. At Strange, he was one of their most expert storytellers, and like many Strange Music artists, Kutta had a big range of vocal inflection, which made his words more conversational. Tech and co. have now expanded their roster well beyond Missouri but they lost a soldier with Kutt.

Cliff Grefe is the Editorial Intern from Madison, WI. The Midwest plug has worked in and around Hip Hop music in many forms and has come to LA to take it another step further at HipHopDX. Cornfields to oceans. Follow him on Twitter @CliftonBeefy