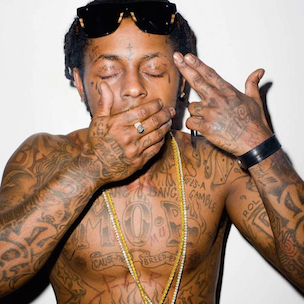 As such, we’re reserving this space for a weekly reaction to Hip Hop’s current events. Or whatever else we deem worthy. And the “we” in question is myself, Andre Grant and Ural Garrett. Collectively we serve as HipHopDX’s Features Staff. Aside from tackling stray topics, we may invite artists and other personalities in Hip Hop to join the conversation. Without further delay, here’s this week’s “Stray Shots.”

Can Cash Money Continue Its Reign Without Lil Wayne?

Ural: Before Mr. Dwayne Michael Carter made the decision to forgo Jay Z’s invitation of making Def Jam his home over ten years ago, Cash Money was nearly at a cross roads. Their biggest artist at the time, Juvenile, left the New Orleans-based label following a fall-out regarding finances. Musical backbone and in-house producer Mannie Fresh literally parted with Cash Money over the same issues. B.G. even accused label owners Bryan “Birdman” Williams and Ronald “Slim” Williams of keeping him addicted to heroin for similar monetary reasons. The remaining Hot Boy Turk was on his way to jail after a slew of charges were brought up against him. Essentially, Lil Wayne was all Cash Money really had.

Then the beginning of Wayne’s dominance began through two preliminary releases, Tha Carter II and The Dedication in 2005. Both represented very important aspects of what birthed the Weezy everyone understands today. The first album without Fresh, Tha Carter II displayed Wayne’s ability to buck Southern Hip Hop trends the “bling bling” creator pretty much propagated and set the stage for The Dedication a week later. The DJ Drama hosted mixtape truly set in motion the emergence of Mixtape Weezy. What happened next was all history from there. Later, Wayne’s appearance the following year was through the career making The Dedication 2.

However, mixtapes don’t pay the bills. Between 2006 and Tha Carter III’s 2008 release, the label itself was relatively dead output wise. Outside of collaborative effort with Birdman Like Father, Like Son, the only album released in 2006 was Teena Marie’s second album with the label Sapphire. After that, Birdman released the forgettable 5 ★ Stunna, a few best of compilations and The Leak EP to wet appetites of those craving an actual Wayne album. Of course when Tha Carter III eventually dropped, Cash Money’s accounting books had some gratefully needed buffering. Like any superstar rapper, creating his own imprint is always the next step and Young Money worked well for obvious reasons. Though questions of how exactly YMCMB’s actual deal with Cash Money contractually works is generally up in the air, albums released solely on the parent label haven’t exactly set the world on fire. For the past several years, Baby and Slim have had made some questionable signings from Paris Hilton to Limp Bizkit to ill results. Even albums Kevin Rudolf and Jay Sean among others have been duds. With that in mind, is it safe to say that the success of Drake, Nicki and to an extent Tyga has been funding Cash Money itself through Young Money?

Asking Weezy F Baby himself, there’s a 100 percent chance that answer would be “HYFR.” From the looks of things, that wasn’t much of an issue until the controversial delays of Tha Carter V. This is where the dilemma Cash Money has comes in. Do they release something that ultimately may sell poorly considering Wayne’s last four singles haven’t done too well or do they just make the man who’s kept them alive for nearly a decade happy? That risk-reward aspect is quite fascinating when put into context. Doesn’t help that Baby’s alleged current financial woes means more strategic planning. If Wayne leaves, this puts Cash Money in the same position they were between 2004 – 2005. This time, their current roster doesn’t look strong enough to even place them in another potential successful run, let alone someone who can create a vanity label near Young Money levels. Hell, there aren’t even in-house producers that could possibly provide strings of hit singles worth a grain of salt. Wayne’s absence from Cash Money means the chickens are most definitely coming home to roost for a label over twenty years old.

Andre: Cash Money is a behemoth and that behemoth is on the proverbial ropes. Its torch bearing of the Louisiana bounce sound — along with its rocketeer rise — leave it truly in a class of it’s own. In 2013, Cash Money won BMI’s Icon award for being awesome over the course of a really long time. And they have. With blunders sometimes, but what large organization doesn’t have to swim in its own foolishness from time to time. Baby, Wayne and Slim built that thing from a local powerhouse into one of the largest and most successful brands in the world. It’s black excellence, whatever others may say, and it’s inspirational and amazing. One member of the trinity is unhappy, though, and that member might be its most important: Lil Wayne.

His decision to stay with Cash Money is the best thing to happen to the company since a little song called “Back That Ass Up” wound its way up the coast to take over radio stations in the then clamored after Northeast market. Juve caught a falling star with that one, and although it wasn’t his biggest hit (that would be “Slow Motion,” which hit number one on the Billboard Hot 100) it helped the fledgling company catch the eye of Universal, with Dino Devaille helping them sign an unprecedented $30 million dollar pressing and distribution deal with 100% control of their masters. In short, the deal was a coup. And so was keeping Wayne. His 2005 Tha Carter II was a revelation for the young emcee who once didn’t even curse on records because he’d promised his mom he wouldn’t. It set the stage for some of the best Wayne we’d ever heard. This was pre-wonky Wayne roasting hit-after-hit with “Fireman,” “Hit ‘Em Up,” “Hustler Muzik,” and a duel interpolation of Robin Thicke’s “Shooter” on the same insane album. But, even then he wasn’t happy with the best practices over at Cash Money. In the wake of the Roc-a-Fella empire’s end and Jay Z’s rise to president of Def Jam, Wayne was rumored to be in talks to move over to the label. In fact, in this video from a concert in Mississippi, he actually says he’s already signed.

Who knows how that could have played out. Let’s be honest, at that level with that much money at play, almost everyone you know is a shark. And that perfect evolutionary killing machine may also be the reason Cash Money’s been in so much tumult over the course of its history. Baby has been called “ruthless” by Turk and called out by damn near everyone who’s done business with the team over the years. Mannie Fresh, Bangladesh, Curren$y, BG, Juvenile and so many others have spoken out in anguish over his business practices. Even Drake sort-of-kind-of sued the label a few years ago over royalty gripes, and that’s their cash cow! But even with Drake and Nicki Minaj tearing a burning path through a dark Rap sky, the soul of the brand is Lil Wayne. He’s not some old, over-the-hill baller who’s now a liability. He’s literally the heart-and-soul of that label. His presence there makes YMCMB possible, and we’d be silly to think that his clout hasn’t attracted the slew of artists Cash Money have signed and shelved indefinitely over the years. And let’s not forget about the unprecedented amount of success. Just know, before you count out Wayne and what he means to the label, that every single proper album he’s put out since Tha Carter II has gone at least Gold. That’s including I Am Not A Human Being and I Am Not A Human Being II. Admit that Young Thug is not Wayne’s complete replacement. And admit that the man deserves to have Tha Carter V put out, even if it’s lukewarm or flat out terrible. He deserves that respect. We deserve to see his sun set at the label he helped build. Unfortunately, that may not be possible. So can Cash Money live without Wayne? Maybe. The real question is can they live with the vacuum that will be caused by Wayne’s departure as Nicki, Drake, and other potential signees get nervous?