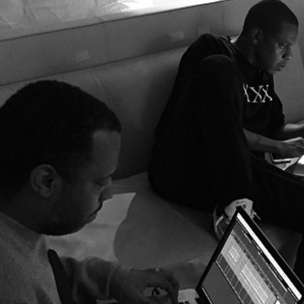 After A$AP Mob decided to cancel their latest group album L.O.R.D., we are only left to wonder what’s next. Have no fear, leave it to A$AP Yams to save the day. After announcing via Tumblr, “LORD IS SCRAPPED,” he follows it up with “FLACKO JODYE SEASON THIS FALL” (Flacko Jodye being A$AP Rocky). Since not all of us are Tumblr friendly, A$AP Yams takes it to IG to post a countdown of the project under A$AP Rocky’s website. No caption necessary.

Drake Begins Work On His “View From The 6” Album

Drake may have taken the phrase, “Hold on, we’re going home” literally. It appears it’s time to say goodbye to Drake, as he takes time out to prepare for his fourth studio album View From The 6. He announced the title a couple months ago and stated he would not begin working on the album until the end of his Drake vs. Lil Wayne Tour. Now that the tour has ended, he announced via Instagram that he is going into hiding to work on this album. He does so with a selfie.

Watch out world, Tinashe is about to release her debut studio album Aquarius. It is scheduled to be released October 7 by RCA Records, with guest appearances by A$AP Rocky, Future, and Schoolboy Q. She cannot contain her excitement as she posts pictures on her IG counting down the number of days until its release. Here’s one of them.

Nicki Minaj announced that she will not only be performing at the MTV European Music Awards, but she will also be hosting. The event takes place on Sunday, November 9, in Glasgow, Scotland. This annual, global ceremony will showcase the hottest music worldwide, and will be aired on all MTV channels. The event also takes place just two weeks after the release of Nicki’s third studio album The Pinkprint.

Does this signal another installment of “The Next Episode?” Snoop Dogg recently posted a photo of himself with Dr. Dre stating they are getting back to work soon. What does this mean? A new track off Dre’s new album? Speaking of, in most recent news, Dr. Dre’s highly anticipated upcoming album will no longer be named Detox. As Snoop is supposed to appear on the project, the release date remains unknown. Hope springs eternal. 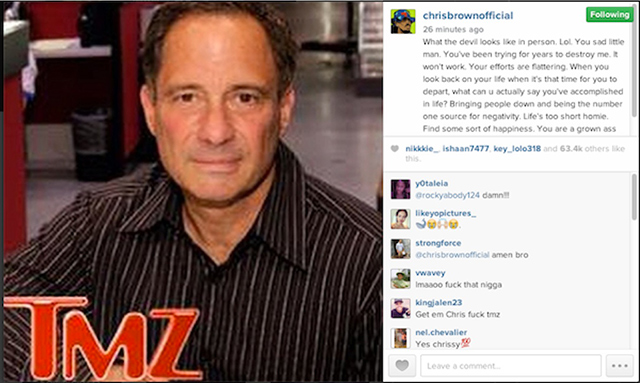 According to TMZ, Chris’ girlfriend and family members were concerned with the star’s alleged gang affiliation, stating it was hurting his career and life altogether. This isn’t too surprising, as in the past month, he was on the scene of two violent occurrences at nightclubs in Hollywood. One was a shooting that took place at 1Oak, and the latter a stabbing that took place at Supperclub. Chris Brown was not pleased with this, as he called out Harvey Levin, the CEO of TMZ, claiming he is the devil. He also clearly regretted the post, taking it down shortly after. Good thing TMZ is always on top of everything and anything, as they were able to capture a screenshot of the post before it was deleted

Jay Electronica Hints At A Jay Z & No I.D. Collab

A photograph of Jay Z and No I.D. in a recording session was recently posted to Jay Electronica’s IG. The caption jokes that they are in Russia, but where are they really? Earlier this year, Jay and Jay collaborated on the “We Made It” remix, where Hov refers to Drake as “Mrs. Drizzy.” The two also performed at the Brooklyn Hip Hop Festival in July.

50 Cent posts a snapshot of October/November’s issue of XXL magazine, which features himself and the old G-Unit crew. Reuniting after six years, the magazine takes an in-depth look on why the group broke up. The shoot took place at 50’s mansion in Connecticut, the same place it was shot for the last XXL G-Unit Cover back in May 2008. Apparently, this is also the last time all members of the group were together. This issue of the magazine will hit stands everywhere on October 17. Consider it a bittersweet moment as XXL recently announced this will be the last print edition of the publication until further notice.

Birdman recently posted a photo of himself rocking his 10 year anniversary shoe. He’s a little early, as the shoe will not be available until December 1, via Lugz.com. This Rich Gang apparel item practically has its own theme: Lifestyle by Rich Gang ft. Young Thug. Rich Gang is the collaboration super-group of Young Money and Cash Money. So far, Baby has posted three photos promoting the shoe, and it’s only October.

Bowlegged Lou Posts A Throwback With A Young Nicki Minaj

Don’t ever underestimate just how much of an impact Full Force has had within Hip Hop and R&B. From House Party to their work with the likes of Rihanna, Britney Spears and James Brown, the Brooklyn, New York group’s impact is rather reaching. Apparently it also includes some early work with Nicki Minaj, as Bowlegged Lou posted a Throwback Thursday pic featuring a young Nicki with the Hoodstars.