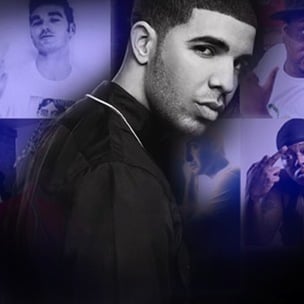 Say what you will of Drake, but from the start of his Hip Hop career, he has been a bona fide risk-taker. By strutting into territory that other male rappers refuse, Drake isn’t afraid to work emotions and abstract musical nuances into his final products. Having already worked with the likes of Little Dragon, remixing Santigold, and then getting the legendary Stevie Wonder on his latest album Take Care, Drake’s trajectory is unlike any Hip Hop artist out today. That said, the HipHopDX staff has a few picks for other artists we’d like to see Drake collaborate with. Whether musical kindred spirits or polar opposites, these artists would either align with Drizzy’s aims and ideals or outright challenge them. The product would be a delightful spectacle either way. 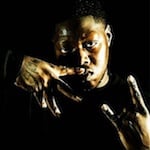 Drake has deep ties to the Rap-A-Lot Records family. Don’t believe us? Let J. Prince tell it on the intro to Bun B‘s Trill O.G. However, our staff of music insiders believes that Drake’s melancholic side, as well as his ability to mesh sing-rapping over-top trunk-thumping beats puts him nicely alongside Houston favorite, Z-Ro. A song like “Happy Alone” from Z-Ro’s just-released Meth resonates with that Drizzy style. On top of that, this collaboration, more than say, a Devin The Dude look, would allow Drake that grimy complement to his cleaner style, as we’ve seen so beautifully done in Lil Wayne, Rick Ross and Mack Maine. 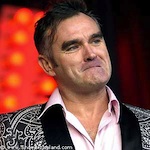 Since Thank Me Later, Drake has blended some big genre: Sade, Elle Goulding, Florence & The Machine. Going beyond contemporaries, we think Aubrey Graham and Steven Patrick Morrissey could do some real damage together. The Smiths’ singer has built a reputation for being a woe-is-me superstar who finds loneliness while surrounded by adoring female fans (Morrissey also has fueled decades of speculation regarding his sexuality). Smiths’ monumental 1985 hit “How Soon Is Now?” may have made years before Drake was born, but the chorus of “I’m human and I need to be loved” backed by some synthesized grooves (that have reportedly become a favorite of DJ Premier) is Drake-esque before there ever was a Drake. The swag would definitely match the sweaters here. 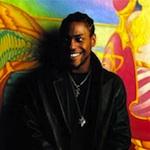 Nineties crooner D’Angelo had a lot of Hip Hop appeal, and helped a lot of you babies clear for takeoff. Nearly a dozen years since Voodoo, Drake, a byproduct of D’Angelo’s gritty production-meets-sex appeal could help the Virgin/EMI Records star regain some ground lost after addiction and numerous arrests. Perhaps in turn, D’Angelo could help Drake manipulate his style a little bit and channel some of that mojo we all loved about “Devil’s Pie” and “Shit, Damn, Motherfucker.” This could be the best collaboration Drake ever had. 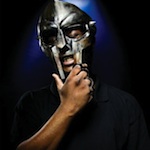 The sub-sector of Hip Hop that MF DOOM dominates is one rich in obscurities, mystery and bold, polysyllabic lyricism. Drake possesses none of that. That’s not to say the Drizz doesn’t have his rightful place in Rap; however, MF DOOM is the antithesis of everything Drake represents and vice versa. Pairing these two would merge two worlds of humility and arrogance, covertness and overtness. While DOOM’s work is laden with hidden messages, Drake’s are very up front. It would be a decoding dream come true for lyric aficionados, debating which lines should be taken at face value and which shouldn’t. MF Graham would probably never hide that pretty face with a metal mask though. Or would he? 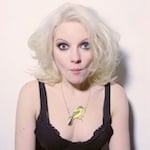 If you’ve heard his numerous collaborations with The Weeknd, then you know Drake is no stranger to the worlds of Electronica and Synth-Pop. What if you could channel a flow reminiscent of the one he used on SBTRKT and Little Dragon’s “Wildfire” remix, but successfully speed it up similar to the bootleg remix of Thank Me Later’s “Up All Night”

? Blackpool, England’s Little Boots is just the woman for the job. She shares Drizzy’s ability to pick a dance track that steers clear of the David Guetta fist-pumping sound as well as his affinity for a tight-knit, insular production style. Increase the BPMs on pretty much any song on the latter half of Take Care, and you’re essentially left with a compliment to “Stuck On Repeat.” Plus seeing Drake rock while Little Boots plays the Tenori-on just sounds like it would be cool as shit. 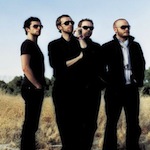 Chris Martin has been a familiar face in Hip Hop as of late. After appearing on Jay-Z’s cryptically synthy “Beach Chair” (off Kingdom Come), the Coldplay front-man got some mid-level recognition in rap (plus he and his wife Gwyneth Paltrow double date with Jay and Bey). We also learned through Kanye’s “Big Brother” that Yeezy tapped Martin for a track before “Beach Chair” even hit the sand. That song was Ye’s “Homecoming”

(off Graduation). As Chris Martin becomes a prevalent part of the remix factor in Hip Hop, he and Drake might fare well together. Drake’s penchant for off-tuned sounds in his production at times makes for an awesome pairing with Martin’s subtly abstract vocal tone. It would take whatever tiptoe outside of “urban” that Drake enjoys doing and nudge it right to the next level. Besides, with “The Throne” both having worked with Chris Martin, could getting him on a track be the new Rite of Passage? 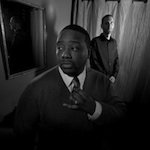 If we can all agree that a few unreturned Little Brother favors from Drake’s Comeback Season (“Don’t U Have A Man, “Think Good Thoughts”) are the source of Phonte keeping it all the way 100 and calling out Mr. Graham for leaving him hanging when it came to securing a guest spot on Take Care, then this should surely smooth things over. While most rappers do the Ja Rule thing and sound like they’ve gargled crushed glass each time Jim Jonsin convinces them to sing, Phonte is a rare, true double threat. The only problem is that he’s such a fucking great emcee that some of us don’t want to hear him just be a really good vocalist. And since Drake has gone full on “Mama I Wanna Sing” with Take Care, it would be interesting to see if Nicolay can force these two to find the balance between the hard bars they’re capable of and the harmonizing they both seem to prefer as of late.

(Foreign Exchange – “All That You Are” 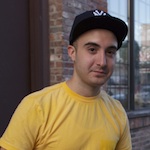 As Drake moves into the gold chain with matching goblet phase of his career, most fans would be hard pressed to name another rapper that would be able to cause some pangs of envy in their favorite Canadian after-school-specialist turned rhyme spitter. Yet they’ll have to come to terms with the fact that Mac Miller, A$AP Rocky, and the BasedGod himself still has one of the few legs up on Drizzy. Why? Because while Drake sputtered halfway into space on tracks like “Shut It Down” and “The Resistance” Lil B has pulled multiple round trips to the heavens and back over the ethereal production of Hip Hop’s Brian Eno a/k/a Clams Casino. Drake is an emcee able to work organic emotion into his tracks without losing the bite. What he needs now are some abstract Clams beats that will make Drake’s next record the first “rainforest banger.” For a rapper who wears the Bohemian Grove logo on his sweaters, it’s a perfect fit. 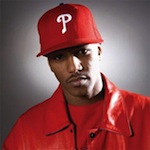 For as much credit as Lil Wayne gets for helping Drake find his style, we believe Killa Cam is definitely a strong influence. While the debate whether or not Drake stole Big Sean’s punchline style is happening, I firmly believe that Cam’ron was doing it well before either artist was a factor. “Candy apple raindrops, Soul For Real,” is a 2006 example of Cam’ron’s use of punchlines without making them similes. Additionally, the Dipset sound around Purple Haze and Killa Season was very similar to the Cash Money/Young Money sound. Musically diverse, bass-heavy and ideal for stuntin’-in-audio. Drake, Nicki, Cam sounds like a winning three-piece with biscuits. 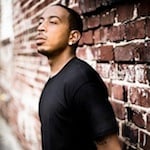 In light of recent beef rumors between Luda and Drizzy, this pairing is momentarily a total fantasy. Plus, if Cudi and Wale can bury the hatchet, why can’t these two? Consider Ludacris the Hip Hop chameleon. With his jocular, colorful flow, the undisputed king of collaborations has proved he can tumble with the rough (Young Jeezy, Trick Daddy) and shake up the soft (Jamie Foxx, Fergie). Similar to Luda, Drake can easily switch his style from empowering (“Lord Knows”

) to sensitive (“Doing It Wrong”), holding court in both worlds – though rarely finding a happy medium. Though he surprisingly hasn’t traded bars with Driz, Luda is capable of bridging that gap by bringing some of his more introspective tracks to life. Imagine the DTP leader hopping on a cut like “Shot For Me” or “Trust Issues”

, sprinkling the R&B flow with a little bit of Hip Hop pepper. And, if the duet ends up with Drake going the velveteen route, Luda has pointed the pen inward, too, showing off a more serious side (“Runaway Love”). Either way, the collaboration would clearly be tight – and probably best enjoyed with some Pinot Grigio cut with Conjure.

What are some of your fantasy Drake collaborations?