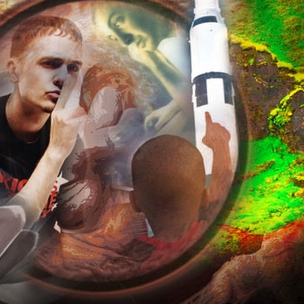 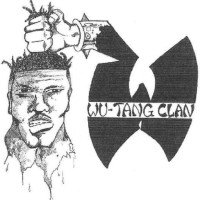 Overexposure to lame Hip Hop production means fans who are worn down by a set of mini-defeats like sustained nicks from a dull razor. There are things like the same four bars looping for three-minutes straight or quantize-button-happy producers that could at least cut everyone a break and change the velocity of the snare hits if they’re going to make them line up exactly on the 2’s and 4’s with a click of the mouse. There are the same samples used over and over without producers even giving them the old college try and flipping them differently than the last guy. How about when making things “dark” automatically translates to replicating the lo-fi beats grandmasters like RZA, DJ Muggs and MF DOOM have been scuzzing out the musical landscape with for nearly 20 years?

Wait, hold on! There’s some good news. When Hip Hop production finally does decide to push back – and it has during the first half of 2011 – things get really interesting. January through June of the year 19AC (after Chronic ) has managed to snuff out the whole woe-is-me attitude I had adopted when it came time to talk about my thoughts on the current state of Hip Hop beat-making.

Releases that would typically be considered straight down the middle offerings from underground favorites now came with a streamlined credit list; a single producer stepping behind the boards to produce the majority of the cuts; stacking samples and using an expanded palette to craft refreshingly dense rhythms. Rob The Viking on Swollen Members’ Dagger Mouth,  Alchemist on Curren$y’s free Covert Coup

and Michael  “Seven” Summer’s on Tech N9ne‘s All 6’s & 7’s all seem to have captured the sound of outerspace’s gutter. As a proud beat geek there have been two individual producers and another production duo that deserve special recognition for providing an instant audio antacid when the bitter old man reflux still flares up in me. Here are some positive thoughts recorded during my 6 month interstate sonic road trip.

My home state of New Jersey has a twisted sort of symbiosis when it comes to its homegrown artists. (I use the term “artist” loosely to describe anyone doing something on camera or into a microphone that can later be copyrighted by said individual or a parent media company). While smart actors pretending to be Italian mobsters chase each other through the Pine Barrens on The Sopranos, morons pretending to be Italian mobsters get drunk and naked and chase each other around a “reality show” beach house. The Garden State’s musical roster is no less schizophrenic but in the end finds the same sort of “We’re all Misfits” (pun intended) equilibrium. When Bon Jovi got frosted tips and didn’t feel dangerous anymore, we got the Dillinger Escape Plan scaring the shit out of everyone. When Sebastian Bach stopped coming out of five-minute long interviews having pissed off an entire laundry list of people, we got Joe Budden.

Then there is producer and beatmaker Clams Casino, the rare creative mind that calls New Jersey home without needing a “high” or “low” counterpart to maintain artistic harmony. The plot points of his story shouldn’t feel so logical but they do. Clammy Clams starts by pushing his work around MySpace then crafts some of the strongest beats in the catalogs of rappers like Soulja Boy and Lil B and then releases Rainforest, his first EP as a solo artist and the aural equivalent of the nature as seductress / destroyer fever dreams of director Werner Herzog. (The video for leadoff single “Natural” is a montage of synced up shots from Aguirre that puts Pink Floyd’s Dark Side of the Moon sync with The Wizard of Oz to shame)

Although his work on tracks like “Realest Alive”, “Motivation” and “All I Need” date back to 2010, the reason why the first half 2011 has been so significant for Clams is the power his beats have as standalone compositions was made startlingly clear with the March release of his instrumental mixtape. Take away Squadda B’s lines like “I love her like my sister but I don’t believe in incest” on “I’m Official” and you get a collage of chopped vocal harmonies floating over ambient synth washes and the occasional chunky tom fill. Mute Lil B’s snarl on “Real Shit From A Real Nigga” and you’ll find an angelic wall of strings straight out of a Michael Mann movie.

Immersing himself in the work of producers like Kanye West, The Heatmakerz, and Havoc most likely played a large part as to why beats so abstract and lush manage to still be so emcee-friendly. Bjork, Brian Eno, and Mogwai are inspiring but those artists will never teach an aspiring hip hop producer on how to keep a joint dense without upstaging the rhymer for which it was intended.

So from a state that advertises its produce on billboards that have turned gray from smog comes something completely organic; music that waits for the right light to show its layers rather than shoving them down your throat.

Stargazing From A City With No Lights

Was there a curse put on American Hip Hop by European Electronic music after so many Hip Hop classics sampled Kraftwerk? There has been so much Euro-electro goodness produced since Trans-Europe Express that I still can’t seem to get my head around why mainstream Hip Hop constantly chooses one of two locations when it goes across the Atlantic looking for inspiring sounds: Rome discotheques circa 1977 and the raves that have been taking place on the Spanish island of Ibiza ever since glowsticks and foam bubbles were invented.

I wrote the above paragraph a few months before reading an interview with the production team of CP and Mali Boi better know as the Block Beataz. In the piece the duo was asked what their earliest memories of music were. CP answered with “the church choir.” My eyes stopped doing the half-assed Internet speed reading thing and settled on the page. Mali Boi’s response was “Moments in Love,” the 1983 single by avant-garde British Synth Pop group Art of Noise. Now everything else I needed to do that day was put on hold. Then I found out the Block Beataz were from Huntsville, Alabama, the same location of every “space camp” movie that had my ass planted in front of the TV for hours as an eight year-old. And the basement produced album they’d hit their stride with – G-Side’s Starshipz and Rocketz  – sounded like nothing made in any basement I’d ever seen. The production was closer to Bill Leeb (Frontline Assembly) Delirium project than Enter the 36 Chambers. That sealed the deal and so began the most intense game of Hip Hop catch up I’d played since discovering Andre Nickatina.

G-Side couldn’t have picked a better title for their January 2011 album. Not only had my familiarity with the work of the Block Beataz come full circle, but Cohesive ’s ethereal production connected with its street-level rhymes on every single track. Joints like “Y U Mad” belong in arrangement classes, the pianos and synth pads carry the song so well that most listeners wouldn’t even realize that 2/3 of the track is completely percussion-free. And even when beats like “No Radio” – produced by the equally-talented DJ Burn One – really start banging they never lose their trancey through-lines.

The Block Beataz and their Slow Motion Soundz brethren are the first to make hip hop float. Just listen to “Imagine”, Cohesive’s closing track, and you’ll see why Enya really is triller than you think.

Stopping New Yorkers In Their Tracks By Way of Lexington Kentucky

My neighbors aren’t bad people they’re just cold and emotionless. Like many Metro Area professionals who have gone the zombie route, they believe it’s just better to keep your head down and see anyone acting overtly polite as either off their meds or a recent transplant from down South. Anyway… the perfect storm of losing my garage door opener and buying the CunninLynguists’ Oneirology on the first warm day of spring  made me see that it really is possible to break people like my neighbors out of their individual spells and put them into a collective trance.

Windows open and car idling in the middle of the street, I was trying to figure out the garage door’s touchpad combination at the same moment Onreiology’s “Shattered Dreams” slid into its vocal break. If you’ve heard the track you’ll know it as the part that sends chills down your spine; the female vocals following Deacon the Villain’s woozy tale of drowning sorrows “in the silicone zone where titties are grown”; the ones that are sung by a guest but with producer Kno’s sampling skills – flawless and incomparable at this point – could just as easily been ripped from a record found during an afternoon of digging.

I looked around and saw that a few of these neighbors that were outside had taken a momentary break from plowing through life and were just standing there, eyes glazed over, listening until the song had played out.

If July is “Halftime,” then “Fall Training” was Kno’s solo album Death Is Silent. On that album he laid out the blueprint for the dreamscape production of Oneriology, which turns out to be one of the the most haunting Hip Hop albums ever recorded. The real achievement is that with all its nuances, flourishes and gray area it still grooves and doesn’t swallow the trio’s two primary emcees – Deacon The Villain and Natti – along with guests like Freddie Gibbs and Big K.R.I.T.

If the first six months of 2011 featured G-Side rewinding to UK synth music of the’80s, Oneriology once again sees Kno capturing the essence of psychedelic music recorded in Britain a decade earlier. And when he does return to Southern State soil on tracks like “Stars Shine Brightest” its not to try his hand at the traphouse sound of today but rather that of Jan Hammer’s, yayo-flooded and pastel-suited Miami.

If halftime is wrapping up and we’ve already seen this kind of depth, what will the final two quarters bring as the MPCs power up again and the sun starts to set?

Michael Sheehan is part of HipHopDX’s staff in the Music Department. He is a writer, musician and graphic artist. He lives in New Jersey and is in the process of completing his debut novel.