Rapper Big Pooh is preparing for his rebirth with the upcoming release of (what he says is his) second album, Dirty Pretty Things. The LP comes six years after his debut, Sleepers, and only a year after Little Brother’s tumultuous break up. As his former groupmates, 9th Wonder and Phonte work on rekindling a business relationship, Big Pooh is primarily focused on rebuilding his image as a solo artist. The North Carolina native emcee is intent on showing listeners how much he’s changed since the beginning of his Rap career, and although he currently stands alone as an artist, there have been rumors about he and producer Nottz dropping an EP.

HipHopDX was able to speak with Pooh about the Little Brother breakup, re-establishing his place in the industry and the beauty in Dirty Pretty Things. 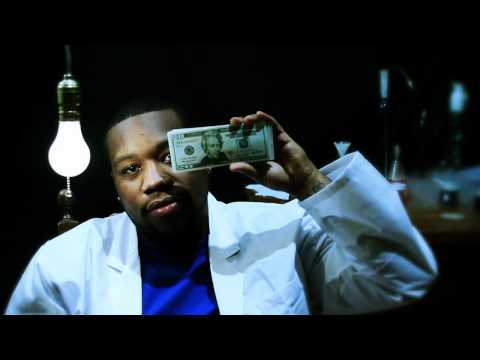 HipHopDX: Did you go into recording Dirty Pretty Things with a goal in mind?

DX: How crucial was it to build a separate identity from your place in Little Brother?

DX: How difficult has it been to separate yourself?

Rapper Big Pooh: It’s extremely difficult. Obviously, you never fully break away from the identity that was created as a part of Little Brother and I wouldn’t want to break away from that because we did some incredible things but it’s just one of those things where people look at you, or view you a certain way, or wanna hear you a certain way and to try to give them something different, it’s… And it’s not like it’s totally different but it’s different from what they’re accustomed to, it’s difficult for people. They don’t like to let go of how they first heard or saw you. I always think about all the artists that I loved growing up.l The records I used to get and why they never… Like, “Why they can’t just go back and make a record like their first record?”
Becoming an artist myself, I realize that’s damn near impossible. No one, whether you start in a group or by yourself, it’s impossible to be “that” again. You can’t be that again, because you spent your whole life up until that moment releasing a project. You put all of that into that project and you can’t go back to that, so I knew it was gonna be a difficult task going in but it’s one of those things that I’m constantly working on and trying to get people to see me for me now as opposed to just seeing me as a member of Little Brother.

DX: Right. So you’re solo now but it’s been said that you and Nottz are working on a project.

Rapper Big Pooh: It’s been a thing with me and Nottz, that we’ve been talking about doing for a while and I told him when I went up there to work on Dirty Pretty Things, that 2012 we gotta definitely sit down and do it. That’s one of the two or three projects that I definitely have scheduled for 2012. What people don’t realize is that me and Nottz have about seven to 10 songs that we’ve done together, some of them are new, and people have never heard them before and we’d just gotten into the rhythm of just doing stuff.

We wanted to actually go to Virginia, sit in the studio for an extended period of time and me and him bang it out. Not a thing where he sends me tracks or whatever. I wanted to do it a certain way and I know the best way to do it is to do in there with him and we bang it out so I’m definitely going to try and make time in the near future to go and sit with him and do that ‘cause we’ve been talking about it for a couple years now and we don’t have a date, there are a lot of things in the air but we definitely agree that we need to get it done.

Rapper Big Pooh: At first I borrowed the title from the movie Dirty Pretty Things. I liked how it sounded, it just sounded like some cool shit. If you’ve ever seen the movie, what I took from it, there were people that were giving up kidneys to get visas out of the U.K. It was black market and all of this was happening out of a hotel. But if you looked at the hotel, they had the doorman dressed to the tee in his perfect outfit, the nice clientele, the clean lobby and all that but you had this very crazy thing going on inside of the hotel and that’s- people.

No matter what the outside appearance is, everybody has some shit going on with ‘em. And that’s Dirty Pretty Things. On the outside it may look very presentable like everything is 100% okay, but on the inside it could be a lot of crazy shit going on that they don’t reveal to you and you have to peel back the layers to get to that and that’s kinda where I decided to take Dirty Pretty Things– the album- after just digesting the movie and just thinking about myself and what was going on with me and that was the direction I decided to take it in.

DX: Okay. That explains the artwork where you’re smiling like everything’s cool but there’s a body in the tub behind you and blood on your hands…

Rapper Big Pooh: Exactly. It’s crazy ‘cause people saw it and was like, “Yo. I don’t get it” – which I knew was gonna happen – then you had the people like, “Oh, are you advocating violence against women?” And I’m like, “Nah. It has nothing to do with that.” It’s just something that… I’m not a killer but it’s just me peeling back the layers where you’re looking at me like, “Okay. Is something wrong? Is something not wrong?” But you actually see what’s going on behind me. So, it’s just one of those things. I borrowed it loosely from the movie. So a lot of people, if they haven’t seen the movie, they have no idea where that’s coming from but it is what it is.

DX: When was your proudest moment in the entire process of getting Dirty Pretty Things done?

Rapper Big Pooh: When it was all finished. Mixed, mastered and when I finished getting the mix I actually put it in the car and rode to it and I think that was when I was finally able to breathe a sigh of relief and was proud of the work. Just proud of the effort, proud of how I put it together, it wasn’t all me though obviously. I had contributions-and important contributions- for the record, but I arranged that record from top to bottom, from the first song to the artwork, everything, so those were my touches. I think that once I realized that the project was complete and it was ready for public consumption – that was my proudest moment, because I really felt like I did it.