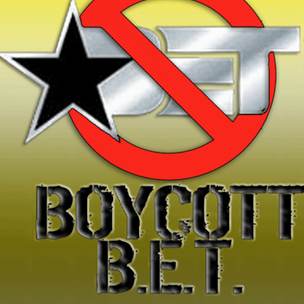 Color Lines: Does BET Do More Harm Than Good?

“Our leader, Bob Johnson had a dream…a dream that would accomplish what hundreds of years of slavery, Jim Crow and malt liquor couldn’t—the destruction of black people!” –“Boondocks” BET Parody.

BET can’t win. Black people won’t let it. No matter its efforts, many in the black community revile the once black-owned cable network. Some have such a disdain for the network that even when it does well, it’s still met with indifference, orneriness and contempt. Has BET’s history of letting down the black community with subpar programming landed it on a channel below redemption?

Last month, Black Entertainment Television aired its marquee program, “The BET Awards.” Social networks were flooded with harsh commentary about the show, the network’s overall programming and of course, Free’s (ample) rump. The latter became a trending topic on Twitter. Now in its eleventh year, the awards show was indeed a little weak. The pool of talent lacked diversity as was displayed in the constant pop-ups of Rick Ross, DJ Khaled and Chris Brown. The usually on point nostalgic act missed the mark this year with an uncomfortable performance by Alexander O’Neal and Cherrelle that included slurred speech and missing teeth. There was also a time delay for profanity and a misstated announcement of the Viewers’ Choice Award. But even with all of these mishaps, some of the critiques seemed harsh, mean and unforgiving.

Shit, if gay people are marching for the right to suck dick in peace, niggas should march for #Free‘sAss.27 Jun via UberSocial for BlackBerry Favorite Retweet Replyhex hawking
hexmurda

Are BET and their programming executives held to a higher or different standard than their black counterparts at other networks? Christina Norman, a black, female executive was responsible for VH-1’s “Flavor of Love.” In her defense, she also was instrumental in VH-1’s “Hip Hop Honors.” She went on to hold a position at Oprah’s OWN network, and largely sidestepped the criticism directed at her BET counterparts, Debra Lee and Reginald Hudlin.

When we throw the title “black” on anything, it can add a certain amount of pressure and accountability. When you separate yourself from the pack—stake a claim for blackness—there’s a responsibility to represent and speak to the culture. Other general entertainment networks have the luxury of courting viewers of all races, genders and cultures. Sometimes they reach black people, sometimes they don’t. But because those with less melanin haven’t made a commitment to reflect black life, we don’t expect them to accurately tell our stories.

Launched over thirty years ago by Bob Johnson, BET began as a two-hour programming block on a cable satellite system. Not a bad start for a channel lacking capital, but a bad look, especially when programming didn’t change quickly enough. Eventually (eight plus years later), the network added a few socially responsible programs that addressed the needs of the African American community like “BET News with Ed Gordon,” “BET Tonight with Tavis Smiley,” “Teen Summit” and “Lead Story.” But the number one network among African Americans rarely gets credit for strides like this. Audiences instead remember the sloppy and lazy programs like “Hell Date,” “BET Uncut” (a lot of men might argue that this show was indeed quality programming) and “Cita’s World.” And while the network has gotten a lot of flack in the past for canceling many of its public affairs programs, it often goes unmentioned that the horrific ones have been removed from the air too. Johnson would go on to sell the network to Viacom in 2000 for roughly $3 billion.

“The upside of being a part of a post-civil rights generation is that black folks really are more diverse. But the flash point for that diversity is caught up in Hip Hop. So you have a generation that says, ‘I’m gonna wear my sneakers, and I’m gonna wear my pants how I like them…Then you have a generation that says, ‘I did not get bit by dogs for you to conduct yourself this way. Then the younger generation says, ‘Yes, you did. This is what freedom means.’” –Reginald Hudlin BET Director of Programming, 2005 – 2008 [quote taken from Oct. 2008 Vibe magazine].

During the same year Hudlin gave Vibe the above quote, he voluntarily resigned from the network. But his words speak to the fact that Black culture is complex. We’re not all one thing. Not all Black people care about moving the race forward or debunking painful stereotypes. Some just want to laugh, party and wear snapbacks. This kind of polarization makes it harder to effectively target or market the culture without isolating some people. What is quality programming to one person is trash to another. Earlier this year while watching the movie Belly 2: Millionaire Boyz Club (not to be mistaken for the original classic Belly) on BET, I had a thought: “This is actually someone’s favorite movie.”  While it was far from “Star Cinema,” it appealed to another group of people that were just as black as me (if not more black).

Life (and MC Breed) have taught me that there’s no future in fronting. So, I’ll admit, BET has often failed the black community. But many of us have failed BET as well. I cannot think of another race of people that tear down the efforts of their own, even if they have failed miserably in the past. So, why are we so resentful of BET? Could it be that the television network represents the things we hate most about ourselves? Things that frustrate us in our own personal and professional lives. The black community has its own set of unique struggles and it’s silly and unreasonable for us to expect a network that reflects us to be free from these same burdens. Like it or not, BET is a mirror of the black culture and its current condition. That means the good and bad stuff.

Over the past few years the network has reached a number of milestones. The biggest and most recent, undoubtedly was the acquisition of “The Game” from UPN. Nielsen Media Research reported 7.7 million viewers tuned in to the premiere, making it the highest-rated telecast of a sitcom ever on an ad supported cable network. That’s a pretty big deal. BET has also demonstrated its commitment to growth with original programs and specials like “My Mic Sounds Nice,” “Black Girls Rock!,” “American Gangster,” “Let’s Stay Together” (okay, maybe not that show), “Rip the Runway” and “Sunday Best.” The network even enlisted Tracee Ross and Malcolm-Jamal Warner (the all grown up Theo Huxtable) for their upcoming original series, “Reed Between The Lines.” And while these types of programs might not tickle your fancy, many black people (like your cousin) really enjoy them. BET cannot be all things to all black people, especially since the black culture is not a homogenous one. One network cannot bear the responsibility of representing every block, mansion, front desk or board room that black people find themselves in today. Perhaps the continued growth of black targeted networks like TV One and Centric (the latter is owned by BET) will help balance the seesaw of social responsibility and provide BET the wiggle room it desperately needs. Black Entertainment Television no doubt has a lot of growing to do, but so do we.

Lakeia Brown is a freelance writer living in New York. Her work has appeared in publications and websites like Essence, The Atlanta-Journal Constitution, New York Newsday and Theroot.com.