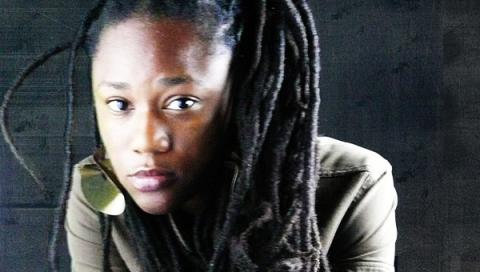 Get Your Mind Right: Dear Tarica

I want to thank you (on behalf of myself) for Moonlight Revolution: The Mixtape. It makes me happy. Allow me to explain.

Over the last 18 months or so, I’ve been on a journey of sorts…some of it good; most of it not-so-good, all of it real. About 10 years ago, it occurred to me for the first time that everything that I thought about people and the world was wrong. I was in college, and I went to see The Matrix. The film blew my mind, and opened a new world of possibilities for me…it was as if I began to recognize that me (myself) was my only opponent. Since that day (I still remember the day, shouts out to Young Bradley) I’ve been gradually becoming more aware of the universe and my connection to it. I’m just now coming to understand that silencing myself is like silencing god, and that I that should never do that even though at times it is hard.

In a 12-month stretch I got married, finished graduate school, got a job, had a baby, and bought a house. I felt six, seven, eight…10 feet tall. Finally, I was worth loving, and life was worth living. What I was─I wasn’t…it was if all had been forgiven.  But it was all happening a bit too fast. In the back of my mind, I knew that at some point I would have to take my foot off the gas, or else my life would have passed before I knew it.

Fast forward to 2008. I was married and raising my only begotten son, Brock Kiume. I had read Quinn and Frazier and Baraka and was slowly becoming convinced that the more I knew; the harder life became. Dealing with family and friends who didn’t know what I knew (and didn’t want to know) became extremely stressful. Three of my closest friends stopped talking to me, cold turkey. My wife and I separated. My son was the only real bright spot in dark days that turned into dark months.

New friends eventually came along (as they tend to do), and they helped me see that life really is what you make of it. I knew that I was successful. They showed me that I was so much more. At 28, I was becoming more and more disenchanted with Hip Hop. I wanted to tell H.E.R. that she should get up off her knees and quit the fellacio on that wild-ass, pimp-ass rapist called the radio. I designed and began teaching a Hip Hop course, which ironically made me even more critical of Hip Hop than I was before. As you know, the very worst of humanity manifests itself in the music industry and this made it very difficult for me to endorse the music that I loved.

But your project has reminded me that the very best in humanity also manifests itself in Hip Hop. I had given up religion years before…but I swear when I heard your music it was like an angel came and sat next to my bed. The things she said had my hands shaking and my eyes turning red…she said:

“This is your mandate / Empty your plate / Get your boots right now, no time to wait. We’ll take no prisoners…we’ll be reborn…we’ll fly from here to where we’re really from / And melt right back in to the sun.”

My style has always been different than others’, and I rarely feel understood. Like you, as a kid I could always be found in any given corner of the thrift store, finding something way flyer than any given couture. Your project almost single-handedly convinced me that I am not crazy; and that even if I am…I am not alone. Listening to your words is like listening to my own thoughts and feelings translated through music. I do not have an artistic bone in my body but somehow your words seem like my own…like the logical manifestations of a free mind…

The best part, of course, is that you’re a woman. I must be messed-up, I must be insane, because your project actually makes me feel like a woman.  It is a rare thing to hear real feminine thought in Hip Hop. In fact, (now that I think about it) I don’t think I’ve ever heard it before. I’ve heard lots of femininity focused through a masculine lens: yes. But femininity for femininity’s sake?

There is no way I could have said that a couple of years ago. I was too afraid of what people would say. A poisonous thing it was to me at first, but now I know better; it was all just a line in the creator’s love letter. He wrote it to me, encrypted in himself just to show me things that I couldn’t see myself. I walked out that house called fear; I’ve moved to a brighter place, I can see so clear.

I’m learning to understand that the artificial boxes that we use to categorize ourselves (and each other) keep us from real self-knowledge. I’m a man. But I’m also just like my mother. She was the one always working the hardest, putting all her love and pain into me; she put the stories of her losses and her gains into me. Just like my son is like his mother. So I’m learning to embrace and listen to the sisters. They have answers.

It’s tough though, and it ain’t sexy. I constantly talk about women as if they are objects, and I can’t believe I have not outgrown that yet. It’s much easier to write stories that disparage their names and cause them to second-guess themselves, and put their real talent up on the shelf. It’s real easy to assume that they think how we think; that she wants what I want. I’ve grown very used to hiding behind this pen and using manhood as an excuse. Thanks to your project I now hope that I don’t end-up like that: too scared to talk about the way I feel when I write. In fact, from now on, if you ever read my writing and it’s only an act, I beg of you please: snatch my pen back.

Today somebody on Twitter sent me a link to Al Sharpton’s radio show, on which he was arging with Tavis Smiley about President Barack Obama.

I’m not making this up.

The mental gymnastics required to be interested in Sharpton (i.e. Black millionaire #1) bickering with Smiley (Black Millionaire #2) about Obama (Black Millionaire #3) was overshadowed only by the regular commerical breaks. In other words, the “conversation” itself was making money for White Corporate America. Disclaimer: I don’t want everybody getting mad at me thinking I’m talking about Barack Obama. I mean I could say some stuff about Barack… (e.g. a commander in-chief slash Nobel Peace Prize winner who can’t help Haiti) …but I digress. These greedy politicians have the boulevard looking like a warzone. There’s wars on TV; but nobody covers the wars that we see. Believe me.

Meanwhile things are more confusing than ever. I can’t watch TV anymore- the messages actually hurt my brain. I swear I actually feel myself getting dumber. McDonald’s food doesn’t rot (try it!). I hear that there is pesticide in Pepsi. The whole world seems like one big crime scene. They are already charging us for air. They won’t put anything real on the radio, (and that’s a public space) so they are robbing us-right to our face. They are always keeping us asleep, while they put lullabies over hot-ass beats. We move our feet…we keep consuming and never assuming our place. I’m scared to breathe in the city some time, ’cause I don’t know what’s going into my nose. We all want a piece of the pie, but the pie is really poison because poisonous people run the government. I’m so sick of all this booty shakin bullshit! Let’s be honest: Hip Hop is a commerical where mercenaries are getting rich off the role-reversal. The artist is a mouthpiece for the corporation. Plain and simple.

My wife wants to talk about another kid. I swear this world is so scary right now…I dont know if I would want to bring a child into it and make him or her go through it. I just want to calm my spirit; call on God-and know She’ll hear it, whether times are good or hard. Tonight when I lay down and close my eyes, I want to know I’ll see another beautiful sunrise. But none of that is guaranteed. It ain’t god-speed, so all that I can do is be myself and stay true in deed, heart, spirit and mind, and stop looking for the truth though it’s hard to find. I’m going to stop looking for the proof and just feel sometimes…but I’m skeptical. Like you, I’m only suspicious because it’s never been fair.

Thank you for not writing mindless music.  Thank you for rocking for the spirit behind the music.  I know that you’ll be the same, even when they sign your music. The Moonlight Revolution is indeed here.

P.S. This is an actual letter written to Tarica June, shared with you with her permission. Moonlight Revolution: The Mixtape (which you can download for free at www.TaricaJune.net) is, in my opinion, one of the most important projects in recent Hip Hop memory and I encourage you to engage it for yourself. Those who already have will note that my letter is full of Tarica June’s own words; lyrics that continue to provide a soundtrack for my everyday existence. It is with profound gratitude that I humbly offer this piece as homage to her infinitely brilliant light.  Thanks for reading.