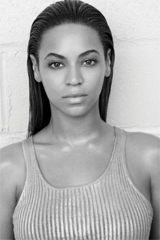 Get Your Mind Right: Gender Bender

Life is full of contradictions.

If you read this column with any frequency, you know that I often discuss race or race relations, or racial politics, or interracial dating..something that has to do with black folks. In fact, when I’m not talking race, I’m usually talking about something that has implications for race.

This time your girl B has provided us with all sorts of interesting psychological fodder to play with, in the form of her new album: I Am…Sasha Fierce [click to read]. Specifically, the first two singles (“Single Ladies,” “If I Were a Boy”) are extremely interesting on a number of levels, not the least of which is gender. Like race, gender is (largely) a social construct; a concept that exists only in the minds of people relating to one another. Thus, we have a lot of ways of conceptualizing what manhood ‘means’ or how women ‘should’ be viewed in society. In reality these are all just ideas, based on our on cultural history and experiences. Put simply, gender is in our minds. Take, for example, the tremendous variation that exists when it comes to masculinity. Across cultures and contexts men dress, act, dance, speak and behave very differently. Likewise, women in one culture can exhibit many differences compared to women in another.

Not to be confused with sex (a bio-physical term), gender refers to society’s agreed-upon notions of sex roles. Gender identity, then, can be defined as the individual’s attitudes, thoughts, and beliefs about their particular gender group membership. Sasha’s first two singles offer two very clear and very different perspectives on gender identity.

But You’re Just a Boy

Every now and then a song comes along that really makes you wanna think. But, once in real long time there comes a song that literally forces you to think. “If I Were a Boy” is such a song. In so many words Beyonce, (oops I mean Sasha) expresses how the sexist realities of life gets articulated though her personal romantic relationship. On the surface level, the song appears to be typical Beyonce: casual commentary on how men do wrong by women.

Even just for a day

And throw on what I wanted then go

Drink beer with the guys

And chase after girls

I’d kick it with who I wanted

And I’d never get confronted for it.

Cause they’d stick up for me.“

But then, with the hook comes a miraculous epiphany:

I think I could understand

How it feels to love a girl

WOW. In one fell swoop Beyonce brilliantly captures the psychological complexity associated with gender identity. Her hypothetical supposition of maleness (i.e. If I were boy) is used as support for her ability (i.e. I could understand) to love. This is compelling for two reasons. First, this verse indirectly acknowledges the symbiotic, reciprocal relationship that exists between men and women. In the biological world, male literally needs female for the life process to occur. This, I believe, can be extended to the social sphere as well. More precisely, we can’t actually define or imagine men without their natural feminine counterpart. So as Beyonce imagines being a man, she does so in a direct attempt to better understand herself. Secondly, I find it necessary to interpret the title as an admission that as a woman, complete, true self-understanding is simply not possible. In other words, the only way to completely understand and thus love a woman would be through the mentality of her right-minded male counterpart. The song concludes with a fatalistic view of the inevitable relationship collapse experienced by millions of men and women every single day.

“But you’re just a boy

How it feels to love a girl someday

You wish you were a better man

You don’t listen to her

You don’t care how it hurts

Until you lose the one you wanted

Cause you’ve taken her for granted

And everything you have got destroyed

By intentionally using reductionary language (i.e. you’re just a boy) Beyonce makes it clear that the root of the problem is men’s unwillingness or inability to consider the woman’s point-of-view. This explains her assertion that if she were a boy, things would be different- a man with a woman’s sensibility would in effect be a better man.

For men, this flies in the face of the majority of messages, images, and ideas that we usually get regarding gender. Think about it. Usually the message is: women are objects to be possessed. It is okay and perhaps even commendable to want to “get” or “have” a woman. This verse challenges the “woman as possession” idea by pointing out how it is this very lack of understanding (i.e. taken her for granted) about how women operate that prevents men from reaching their true potential, in effect ending up in a premature, juvenile state (i.e. just a boy).

I find this song provocative because the artist takes an ingenious approach to expressing her own perspective on gender. Rather than continue to plead with men for compassion, understanding, and sensitivity, she simply states that she herself could do it better.

It is also worth mentioning that ‘If I Were a Boy’ is substantially enhanced by the iconography present in the music video for the song. The video presents Beyonce as a self-reliant, assertive, confident woman in a relationship. Throughout the narrative we see how Beyonce does exactly what she wants; often resulting in pain and sorrow for her man, who consistently makes himself physically and mentally available to her. The creativity used illustrate how socially acceptable it is for her to behave this way is confusing to the viewer; such behavior is not only atypical for a woman, it is virtually taboo. Likewise, the conforming, complacent, almost docile posturing of the boyfriend does not fit with traditional images of masculinity. Thus, when the characters in the drama abruptly switch roles, the result is a powerful rendering of all those subtle sexist forces that prevent men from having a clue in the first place.

Shoulda Put a Ring On It

And then, as if for spite, we get “Single Ladies.” No deep video this time (depending on how you define deep) and a profoundly different take on gender identity. Gone is the pensive, layered assessment of gender dynamics and feminine worth. Left behind is a reactionary and simplistic (albeit catchy) request for control.

“Up in the club, we just broke up

I’m doing my own little thing…

don’t pay him any attention

Guys I know what you’re thinking: WTF? You mean to tell me that a couple that’s been together for three years breaks up- the girl gets on some random dude at a party, and ex-boyfriend is supposed to just be cool? Why would Beyonce even think that makes sense, much less say it out loud? Oh, right. Of course…

“‘Cause if you liked it then you should put a ring on it.“

If ever there was a complete 180 from “If I Were a Boy” it is this. Essentially what she’s saying to men is that if you want to have a say in what women can and can’t do, then you have to own them. Renting won’t do. Man up. Put a ring on it. Show her you care.

A tell-tale sign of real sexism is when I get offended by it. I mean, this is blatant. Only someone who actually views women as possessions to be won by men could celebrate this song. Somehow, it seems to the artist, that being separated from one man is a temporary sickness that is to be cured by the next lucky guy to come along.

“Here’s a man that makes me then takes me

And delivers me to a destiny, to infinity and beyond

Pull me into your arms

Say I’m the one you want

If you don’t, you’ll be alone

What happened to a woman’s ability to think for herself? This verse completely undermines any attempt at understanding womanhood, because the woman is literally absent from the discussion. Note how Beyonce (opps, Sasha) willingly objectifies her gender status by taking a passive approach to the prospect of relating to a man. The man is encouraged (if not instructed) to: make, take, deliver, pull, and then come right out and claim her. And this is what she wants.

From one perspective, it could be argued that women in our male-dominated society don’t have many tools to actually think like women. To a large degree, the best they can do is regurgitate the male-gender driven schemas that they get from media, religion, loved ones, and society in general. Nonetheless, all of our individual gender identities continue to inform our lives in a myriad of ways. Most often, men are the ones criticized for being sexist. Get Your Mind Right: some of the most sexist ideas in art come from women. I’m not referring to some sort of reverse-sexism or male bashing, I’m referring to the negative and often constricting views about women espoused by women. In Sasha’s, (oops Beyonce’s) case its all the more interesting given her clear ability to produce equally as insightful pro-feminine sentiments.