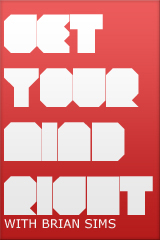 Get Your Mind Right: The Best Verse Ever #2

Last month Get Your Mind Right kicked-off a three-part series called “The Best Verse Ever” which counts down the three best rap verses of all time according to yours truly. Before getting into this month’s installment, I’d like to address a couple of issues that I probably should’ve nailed in Part One.

Second, the real purpose of this exercise in particular (indeed, GYMR in general) is to generate dialog, not to rank order anything or to crown a “winner.” All of the you-know-what’s in the comments section and message boards saying things like, “I can think of 37 better verses better than that off the top of my head!” are missing the point.

That said, the fact that thousands (perhaps millions) of verses have been spat into existence doesn’t mean that there can’t be one verse that is better than all the rest. It is simply flawed logic to conclude that because there are many runners in a race there can’t be one single solitary winner. Oh, and so we’re clear: this is not my list of the best rappers ever, or the best songs ever. This is the best verse ever. If you’ve got a verse that tops one of those on my list, bring it. Then they can race.

And now, without further ado, the 2nd Best Verse Ever.

“All Falls Down” (third Verse) by Kanye West

“I say fuck the police, that’s how I treat ‘em/ We buy our way out of jail, but we can’t buy freedom/ We’ll buy a lot of clothes when we don’t really need ‘em/ Things we buy to cover up what’s inside/ Cause they made us hate ourself and love they wealth/ That’s why shorties hollering “where the ballas’ at?”/ Drug dealer buy Jordans, crackhead buy crack/ And the white man get paid off of all of that/ But I ain’t even gon’ act holier than thou/ ‘Cause fuck it, I went to Jacob with 25 thou/ Before I had a house and I’d do it again/ ‘Cause I wanna be on 106 & Park pushing a Benz/ I wanna act ballerific like it’s all terrific/ I got a couple past due bills, I won’t get specific/ I got a problem with spending before I get it/ We all self-conscious I’m just the first to admit it.“

Mr. West has had more than his share of controversy. Born in Atlanta, West‘s parents divorced when he was three years old, and he and his mother moved to Chicago. He enrolled at Chicago State University but later dropped out to continue pursuing his music career. Love him or hate him, with production credits on hit singles for Jay-Z, Alicia Keys, and Janet Jackson (to name a few), three platinum solo albums, and a slew of awards, Kanye West has had a tremendous effect on the music industry.

“I say fuck the police, that’s how I treat ‘em/ We buy our way out of jail, but we can’t buy freedom.” Perhaps it is my penchant for Monopoly, but a verse that kicks itself off with an allusion to the greatest board game of all time just has to get a nod. Kanye West (who to my knowledge has never spent 11 seconds in a jail cell) gets N.W.A. out the gate, and then seamlessly reminds us of corrupt law enforcement’s most important implication: incarceration. I won’t hit you with the statistics, but the simple fact is that every year millions of black and brown men and women get sent-up (many as repeat offenders) for petty crimes; a constant fuel for the growing prison industrial complex in this country. On second thought, I will hit you with the numbers. Based on 2001 statistics1 the lifetime chances of a person going to prison are higher for blacks (18.6%) and Hispanics (10%) than for whites (3.4%). Based on current rates of first incarceration2, an estimated 32% of black males will enter state or federal prison during their lifetime, compared to 17% of Hispanic males and 5.9% of white males. Meanwhile, black or African Americans made up only 12.3% of the population and Hispanics accounted for 12.5%. White Americans made up 69.1%.

You do the math.

What I love about this bar is its almost hidden commentary on the state of Black America. African Americans are making more than ever before in history, with several prominent black individuals in sports and entertainment, business, government, and education, but as a community black people in America are still (literally) in chains.

“We’ll buy a lot of clothes when we don’t really need em…/ Things we buy to cover up what’s inside/ ‘Cause they make us hate ourself and love they wealth“…Hip Hop catches a lot of hell for its often over-the-top obsession with material possessions. Never was the Notorious B.I.G. more profound than when he said “Money, hoes, and clothes: that’s all a nigga knows.” It’s notable that somehow clothing often seems to get top billing…which (for me) is why this bar is so poignant. Kanye’s assertion that fancy, expensive clothing is an attempt to cover up our real selves is nothing short of psychological. His explanation is nothing short of brilliant. In a million ways, capitalism (through its bastard offspring racism) teaches us that to be something, you have to have something. Those with nothing, are nothing. For the “system” to work, it needs total buy-in on the part of the people. Not only do we have to de-value ourselves, we have to over-value those in charge. This explains how you get a community that owns less land than it did in the 1960s to become fascinated with spinning rims and $2,000 denim.

“That’s why shorties hollering “where the ballas’ at?/ Drug dealer buy Jordans, crackhead buy crack/ And a white man get paid off of all of that…” But it doesn’t stop there, because the same psychological mechanism that exploits minorities works on women! Kanye uses cliché to highlight racism’s distant cousin, sexism and its relevance to this discussion. Women (still) earn approximately 75 cents for every dollar earned by men. Subjugated and relegated to second class status for centuries, European women have long been pressured to cling to symbols of masculine wealth as an avenue to financial and social liberation. Indeed, “strong enough for a man; made for a woman” still resonates. Contemporary young black women navigating this neo-American landscape personify such age-old tendencies in a phenomenon we call gold digging. Kanye identifies with (or at least understands) the complex implications of having to look to men for economic security. Note for example, how on “Gold Digger” [click to read] the first single off of Late Registration [click to read], he says: “Now I ain’t saying you a gold digger; you got needs.” Ultimately though, the indictment is still on capitalism, because to equate capital with freedom is a farce no matter whether you’re talking race, gender, or Jordan.

“But I ain’t even gon’ act holier than thou/ ‘Cause fuck it, I went to Jacob with 25 thou/ Before I had a house and I’d do it again/ ‘Cause I wanna be on 106 & Park pushing a Benz“… In a rare glimpse of vulnerability and transparency, Kanye admits that, for all his social criticism related to capitalism, he’s also a willing participant and therefore helping to perpetuate the very system he rails against. Anyone, myself included, can be critical. But to realize and acknowledge one’s own culpability in the grand scheme of things is not only commendable, but a necessary first step in effecting change. Said another way, it’s art.

“I wanna act ballerific like it’s all terrific/ I got a couple past due bills, I won’t get specific/ I got a problem with spending before I get it/ We all self-conscious I’m just the first to admit it.” When we consider what is currently happening with the credit crunch and sub-prime mortgage crisis, this bar from 2004 seems absolutely prophetic. Millions of dollars have been lost, hundreds of thousands of people have lost their homes through foreclosure, and even the most optimistic experts are saying that things are looking grim. Fact is, the American Dream is largely built on the “buy now, pay later” model that allows us to drive cars, own homes, and watch televisions that take us years to pay for. When a platinum selling producer and rap star tells us that he’s got a problem with spending, we should listen. We should listen because Kanye’s point is that it is not only the poor and disenfranchised that suffer under the system- everyone does. On the verse prior to this one (cheating I know…bear with me) he says: “It seems we living the American dream/ But the people highest up got the lowest self esteem/ The prettiest people do the ugliest things/ On the road to riches and diamond rings.”

This, I believe, is where it ultimately “All Falls Down.” Like Wu-Tang’s “C.R.E.A.M.” [click to read], Biggie’s “Things Done Changed,” and 50 million dead prez songs before it, this verse captures the irony in how the pursuit of meaningless things in the name of success becomes the very device that prevents us from achieving true freedom and dignity. It also begs the question: Where do we turn once we realize that those we emulate are not only fucked up, they are also just like us?