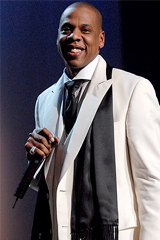 Get Your Mind Right: The Best Verse Ever

In the wake of the emerging “beef/drama/sillyness” between Soulja Boy and Ice-T [click to read], we at DX thought it necessary to drop a little science regarding the true value inherent in Hip Hop lyricism.

Hip Hop (music), like other art forms has entertainment value. No question about it. However, what often gets overlooked (particularly by young folks with no sense of history) is that Hip Hop is also THE way that more than two generations of marginalized Americans have expressed their pain, glory, anger, lust, bitterness, beauty, love and humanity. Whether it’s Kool Herc’s innovative approach to infusing verbal messages with beats, Lil X’s mind-blowing music video cinematography, or Lil Wayne’s hilarious linguistic improvisation; creativity translates into entertainment, and thank god for it.

I’d argue that Hip Hop as entertainment is merely a by-product of the continuing imaginative genius that artists employ in order to gain the attention of listening/viewing public. Hip Hop is predicated on intellectualism, and to deny such is to rob a culture of its dignity by essentially reducing it to the mindless, iterative garble that largely rules the airwaves today. I believe that what we’re seeing with the conflict between Ice-T and Soulja Boy is the inevitable reckoning of a culture resisting the ignorant (if innocent) attempts by new-comers to disgrace that which many people hold sacred.

That said, rather than take sides on this issue, I’d like to use this as an opportunity to illustrate just how fucking spiritual Hip Hop can be. Thus, in this “Best Verse Ever” series Get Your Mind Right will offer interpretive readings of the top three rap-verses of all time, according to none-other than yours truly. My hope is that those that don’t know will recognize and that those who do know will critique. And it goes a little something like this…

“Nigga…just to get by/ nigga I sold coke/ nigga I pusha la/ carried the 4-5./ Claimed I was Ready to Die/ promised never to cry/ held it all inside/ reality was too much to take so I / kept my mind fried/ slept for most of mine/ soon as I closed my eyes…/ then I woke up behind/ thinking either I’d/ load up these nines/ or blow-up with rhymes/ so this flow of mine/ is like blow-up with lines of coke-up/ and you folks think Hov just wrote stuff to rhyme?/ naw, I’m a poster for what happens seeing your mom/ doing five dollars worth of work just to get a dime/ so pardon my disposition/ why should I listen/ to a system that never listened to me?/ picture me working McDonald’s/ I’d rather pull a Mac on you/ Sorry Ms. Jackson, but I’m packin’.“

Much has been written about Jay-Z. We all know the story: Born and bred in Brooklyn, Jay-Z rose from a life of roaches, rats and crime to become one of America’s all-time great rags-to-riches stories. Indeed, few individuals have had such a polarizing effect on the game. Worshiped by millions and demonized by millions more, Shawn Carter epitomizes the multiplicity of the human spirit and serves as a provocative case study of the interactive influence of environment on human development. Said another way, Jay-Z provides us a with fascinating look at how one’s environment can collectively shape the course of people’s lives while simultaneously producing individuality by nurturing the resilient spirit characteristic of the black ethos inherited from an African ancestry.

This verse captures all of that.

“Nigga…just to get by/ nigga I sold coke/ nigga I pusha la/ carried the 4-5“…There are some that believe that there is no such thing as crime; only individuals who are pushed to the brink by circumstances which limit their ability to survive. No clearer illustration of this philosophy can be seen than the multiple media accounts of New Orleans residents being vilified as “looters” less than 24 hours after the flooding from Katrina began, simply for searching for food and drinkable water among the devastated supermarkets and abandoned grocery stores. On the surface this could be construed as crime, but another perspective is to look to those decision-makers in control of the resources and acknowledge that in many cases, people are literally left no choice but to take what they have been unjustly denied…just to get by.

Claimed I was Ready to Die/ promised never to cry/ held it all inside/ reality was too much to take so I / kept my mind fried/ slept for most of mine…In the Hebrew Book of Proverbs there is a verse that reads: “Before honor comes humility.” If ever there was humility in Hip Hop, it is in Jay’s candid confession of his supposed ambition to take over for his friend and mentor the late great Notorious B.I.G. Note the ambiguously brilliant allusion to Biggie’s classic masterpiece as both a tribute to B.I.G. and a vulnerable admission that not only was he unable to accept his fate the way that Biggie did, but that he was also not as great as his heralded predecessor. Following that is the sort of objective commentary on the mind-numbing role of alcohol, drugs, television, etc. rarely seen in products made for mass consumption.

“…then I woke up behind/ thinking either I’d/ load up these nines/ or blow-up with rhymes/ so this flow of mine/ is like blow-up with lines of coke-up/ and you folks think Hov just wrote stuff to rhyme?” Comparing one’s rhymes with illicit drugs is perhaps as old as Hip Hop itself. In fact, our vernacular is full of ready-made similes for linking the two, not to mention the myriad emcees with aliases taken directly from the drug world (e.g. Escobar, Frank White, “the snowman,” Joey Crack, Pusha T, Noreaga, etc). But the merit in these bars is that Jay-Z effortlessly leverages his patented double entendre in order to highlight the economic value attached to both drugs and rap music. One has to wonder whether Jay himself understood the many parallels between the two (both are stereotypically Black domain yet consumed largely by Whites, both are hood staples that originate outside of the hood itself, both can get you killed, etc). In any case, we see the origins of Jay-Z’s hustler persona- the “I-will-not-lose” philosophy that countless fans emulate and adore. In fact, the theme of being more than what Marcy made him permeates much of his music (we don’t have time to get into it here), and so it is fitting that Jay-Z simplifies his options for success down to 1) a life of crime and violence or 2) rap. The last line effectively chastises the listener and would-be critic for approaching Jay’s work as mere entertainment. In rhetorical fashion Jay demands that we see him for what he is, a professional at work.

“Naw, I’m a poster for what happens seeing your mom/ doing five dollars worth of work just to get a dime.” Again, the notion of wanting to “move mom’s out the hood” is not particular to Jay-Z. In this bar, we see a personal side of the rags-to-riches tale, one that explains the pain and humiliation associated with seeing one’s own mother exploited at an early age. This picture is painted a thousand times in post-slavery black art, from Ellison to Angelou to Mumia to Tupac Shakur. I do think, however that what makes this particular quote resonate is the realization that being put in such a position not only could produce such powerful motivation to succeed, but should produce it. By terming himself a poster-boy for the struggle, Jay-Z reaches out to all those nameless, faceless black families that have endured similar circumstances at the hands of economic and social oppression.

“…So pardon my disposition/ why should I listen/ to a system that never listened to me?/ picture me working McDonald’s/ I’d rather pull a Mac on you/ Sorry Ms. Jackson, but I’m packin’.” Many marginalized youth err by viewing their fucked-up lives exclusively in terms of personal dynamics. Picture, for example, the black motorist who is unnecessarily disrespected during a traffic stop. He or she may view the situation as a personal violation, and indeed it is; however a more informed appraisal is to view the actors in such a scene as just that, actors in a script. To use a basketball metaphor (shout-out to David Stern): the rules are slanted, the referees are biased and the game is fixed. In short, don’t hate the player- hate the game.

In these lines we see a profound understanding of the “system”. What I love about this conclusion is that Jay excuses himself from any indictment based on his callous “fuck you, pay me” mentality by placing accusing the system (i.e. corporate America) of behaving exactly the same way. Moreover, rather than make an abstract, blanket statement about how capitalism oppresses the proletariat, Jay calls out the prototypical company for labor exploitation, McDonald’s. Jay’s singling-out of McDonald’s is particularly poignant given their emphasis on uniformity. Known for its embarrassingly low wages, menial work and low social status, McDonald’s is the global leader in burgers for a good reason: they have perfected the science of exploiting their workers. Everything at McDonald’s has an explicit process, from how to wipe tables to how to salt french fries. McDonald’s’ business practices have spawned several angry extremist groups made-up of bitter employees out for justice. (Again, I don’t have time to go into it here, but if you’ve never worked for McDonald’s just ask somebody who has, or Google “Workers Resistance Against McDonald’s” or “McDonald’s International Liberation Front” and you’ll see just how fed-up people really are.)

Ultimately, Jay refuses to play along, invoking a quiet rage simmering with violent potential- easily preferred to a life of being told what to do and how to do it. And just in case you’re not sold on how incredibly brilliant this verse is, Jay’s OutKast reference at the end is there to close the deal. This remarkable allusion to Andre 3000 and Big Boi’s anthem lamenting the pit-falls of interpersonal (read: baby-mama) relationships cements the metaphor of not wanting to listen to someone who refuses to listen to you; all while subtly asserting his position as a literal out-cast from such a mundane proposition. Where some might interpret “packin” as gun-toting, I tend to see it as packing in the sense of getting one’s things together in order to move on.

What we see, then, is that Hip Hop lyricism (albeit entertaining) contains meaning, which requires the intellectual gaze of those wishing to fully appreciate it. Far from the exception to this rule, Jay’s verse on Talib Kweli’s “Get By Remix” is just one of an infinite number of examples of Hip Hop artistry used in service of making a point.

Which, it could be argued, is Ice-T’s point.

Note: Stay-tuned, next month GYMR will offer an interpretative reading of the Second Best Verse Ever, according to BSims.