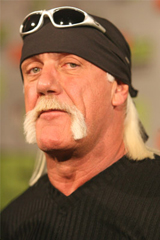 Get Your Mind Right: The Future Of Hip Hop

Remember when Hulk Hogan body-slammed Andre the Giant? That was great.

I remember watching WrestleMania III with my little brothers. The hype for weeks prior was that the Hulkster was “gonna slam Andre the Giant.” I didn’t believe it. Then again, I was seven.

Change is inevitable and Hip Hop is no exception. We love talking about how much Hip Hop has changed since its inception 28 years ago. There’s never a shortage of discussion about how different things “used to be” in Hip Hop. Back in the day just won’t go away…and thank goodness. There is a lot to be said for remembering Hip Hop’s yesterday. In fact, I’m among those who believe that much of the stupidity evident in today’s culture is related to our collective inability to tap into Hip Hop history’s lessons in life.

Instead, we tantalize our senses with the impossibility of predicting the future. As I write, millions are preoccupied with predicting who is going to win the 2008 presidential election. Millions more are busy predicting who’s going to be America’s next top model, #1 draft pick, American Idol, etc. Each year, corporate America takes a multi-million dollar hit thanks to employees distracting themselves with their NCAA brackets (shout out to Candace Parker). Point is, whether you realize it or not, you’re probably obsessed with the future, too.

There are socio-evolutionary theories that help explain our fascination with the future. Many experts link our desire to know what’s going to happen to us with a basic survival instinct. In other words, those individuals who are best at predicting what’s going to happen are the most likely to succeed and ultimately, survive. This concept is easily applied to the Hip Hop music industry. Like boxers, rappers that stand the test of time are those stay ahead of the curve, those with ability to see what’s going to hit them before it does-and avoid it.

What is the future of Hip Hop? Is it possible to predict what Hip Hop will look like say, 25 years from now? Twenty-five years means six presidents. At its current rate of increase, gas will cost $17.38 a gallon. Seems like a long way off, right? Maybe not. Here are my predictions:

One of the most prevalent misconceptions about Hip Hop is that it is predominantly a youth culture. Ask your grandpa what’s the first thing that comes to mind when you say “Hip Hop.” If your grandpa is like mine was, chances are he’ll mumble something about young whipper-snappers. This, on some levels, is understandable given the fact that American society in general caters to young people (I’ve never seen a commercial for a product that makes you look older). But a closer inspection of Hip Hop tells a different story. Hip Hop has never been driven exclusively by the young folks. Hell, Hip Hop has its very origins in the grown-up problems of racism, disenfranchisement, poverty and revolution. Out of all that pain rose a sophisticated cultural aesthetic that enabled the type of mature, multidimensional self-expression needed to mend the mind and soothe the soul. In 1979, Kurtis Blow was 20, Marley Marl was 17, Grandmaster Flash was 21. Today these pioneers are scraping their fifties. In 25 years, they will have beaten the average life expectancy for African American males (70 years)1. Many of today’s biggest stars are middle-aged. Jay-Z is 38, LL Cool J is 40, Busta Rhymes is about to turn 36. In 25 years, these dudes will be literal senior citizens.

Show me the money

By 2018, the Hip Hop music industry will be in shambles. The minor scuffles between artists and labels and big labels and indie labels that we’ve witnessed over the last few years will have escalated into all out war. A dramatic increase in the amount of would-be rappers coupled with unparalleled access to studio technology will ensure that there will be way more supply than demand. Prices will plummet, as rappers will finally be able to create, produce, and distribute large quantities of their music completely on their own. Consequently, nobody will buy music anymore, and by 2033 the entire rap industry will collapse on itself.

First, the traditional rap album will fade out of existence, followed by the traditional rap song. Even now, rap albums are much shorter than they used to be. Soon the “album” will become economically obsolete. Artists will simply drop tracks immediately after they finish them to a digital market ready, willing and able to consume them. Everything will have a ring tone. Fax machines, microwave ovens, textbooks…everything.

The artists left standing will be singing a new song. Gone will be the hyper-materialistic pseudo-commercials of the turn of the century. Hip Hop artists, for the first time, have the benefit of trial and error to guide them. With parents who squandered away paycheck after paycheck on meaningless material goods, the rappers of tomorrow will instead rhyme about the single most important issue facing humanity: the environment. Los Angeles will be cloaked in smog. Rainforest depletion will have crippled the ozone layer. Oil-based fuel will be taught in history books. Worldwide food shortages due to un-farmable land will have jolted the global economy, forcing us all to concentrate hard on how to live in peace with the earth. Sure, there will still be club joints and ballads and braggadocio, but the underlying theme will be one of growing anxiety about the world and our place in it.

Buy You a Drink

Gender relations in Black America will be strained by the shortage of eligible black men. A third generation of African American women raised without fathers will be so confused about their worth and personal value that they will lash out at men in general. Sexism and misogyny will take on new forms as those rare brothers with sense search desperately for quality female counterparts. Current trends towards female superiority in academic, professional, and political circles will finally spill over into the social arena, and women will finally have the upper hand in the proverbial battle of the sexes.

Men will be relegated to making a name for themselves by doing cameos in women’s videos. Videos will characteristically feature scantily clad male models doing obnoxious macho things like lifting weights and playing video-games, with female artists playing the protagonists in stories of gossip, jealousy and emotion. The term “Artist” will be synonymous with women, and male rappers will be referred to as just that: “male rappers.”

We are the world

“Hip Hop has become a global culture,” according to Halifu Osumare, a lecturer in African American Studies at UC Berkeley, who teaches “Power Moves: Hip Hop Culture and Sociology.” Osumare has found, in research on Hip Hop cultures in Japan, England, France and Germany, that youths in each region adapt American patterns to their own demographics. For example, in London, marginalized East Indian youth blend Indian melodies and Hindi with English rap as a street form of protest. In fact, data obtained using trend software developed by Google™ reveal that the top 10 ranking cities that searched for the phrase: “Hip Hop” in 2005 were:

By my count that’s three U.S. cities in the Top 10, and none in the Top 5. Clearly, Hip Hop is already a worldwide phenomenon. In the future, each of these countries will have a highly developed sense of Hip Hop identity. As international terrorism and armed conflict between governments increase, individuals are bound to feel more and more allegiance to their country of origin. Couple that with the virtual shrinking of the globe thanks to instant worldwide communication, and voila: we go from rap fans in Bangkok yelling “Brooklyn!” to rap fans in Bangkok yelling “Bangkok!”

Of course, it remains to be seen what we’ll call Young Jeezy, Joc, and all the other “Young” clones in 25 years. It’ll also be interesting to see how good of a job Hip Hop does at embracing its youth; given the embarrassing failures of the Civil Rights Generation before it. One thing is certain: like Hulk Hogan, a new champion will emerge who won’t look, act or talk like the old one. One day Lil Wayne will be old school. Time will tell who the new leaders of the new school will be.