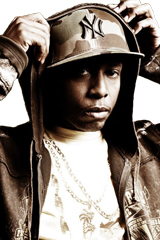 Get Your Mind Right: Underground Vs. Mainstream

If you’re like me you’ve had 101 arguments about hip hop with 1001 different people. Arguments are inevitable once questions like “Who’d be the best rapper if B.I.G. were still here?” and “What the heck was Nas thinking with Nastrodamus?” come up.

Undoubtedly, the most pervasive question in Hip Hop, the one that has been around since its earliest days, is: what is the difference between “mainstream” and “underground” rap music?

Of course, these are two terms that every rap fan has in their vocabulary; but I’d bet you a value-meal that most people don’t have a solid understanding of what the terms mean, much less the difference between them. Most casual hip hop fans would probably say something like the following:

Seems plausible. Certainly, mainstream artists like those on the cover of XXL and Ozone Magazine sell more units than the “underground” artists that line their pages, right?

Using that definition, it would be difficult to classify artists like Lupe Fiasco, whose “underground” career bears a strong resemblance to his post Food & Liquor “mainstream” career. And how about Talib Kweli, Pete Rock, and the long list of artists who have had sales success; yet never come close to mainstream acceptance?

It seems then, that there is more to the mainstream/underground distinction than just dollars. Perhaps being “mainstream” has to do with one’s message. After all, there is the Common misconception (pun-intended) that underground artists “keep it real” and refuse to sell-out. Somehow, underground artists tend to be perceived generally as deeper, more skilled and more authentic than rappers on TRL. Even artists themselves sometimes espouse this idea, as does Jay-Z on The Black Album:

“If skills sold, truth be told, I’d probably be, lyrically Talib Kweli. Truthfully, I wanna rhyme like Common Sense (but I did 5 mil); I ain’t been rhymin’ like Common since.” – “Moment of Clarity”

But this, too is an over-simplification. There are plenty of examples of brilliant albums (and artists) that are as mainstream as it gets; and just as many examples of underground rap music that is just plain trash.

What is needed, then, is a more precise measure of what constitutes “mainstream”. So, I decided to ask the question: just how mainstream is mainstream Hip Hop?

Therefore, one indicator of just how mainstream Hip Hop is is a look at how celebrities from the world of Hip Hop compare to other celebrities in terms of popularity. Recently the folks at MSN (the folks that bring you Windows Live) created a celebrity ranking system that works by comparing the number of online searches for Hollywood figures, radio personalities, fashionista, athletes, politicians, and the like. Users can then view rankings that show each celebrity’s popularity status relative to other celebrities.

The results may surprise you.

As of this writing:

• Michael Jackson is one spot above Janet Jackson (#49 & #50 respectively)

Overall, within the top 100 there are 20 celebrities associated with Hip Hop and/or R&B (including Vida Guerra but excluding Kid Rock). That means that only approximately 20% of society’s star power is attributable to Hip Hop.

According to the Recording Industry of America (RIAA), the list of the Top Ten best selling albums since 1991 does not include a single Hip Hop release. Its list of top selling artists has 15 artists ahead of Mariah Carey (at 61.5 million copies sold). Tupac Shakur is the first pure Hip Hop entry, at #43 with 36.5 million copies sold, followed by R. Kelly at #48 with 33 million. Eminem is #69 with 27 million, Jay-Z is #75 with 26 million, and the Beastie Boys round out the top 100 with 22 million.

That’s seven out of 100, and two of those (Mariah and the Beastie Boys) have catalogs that are mostly non-rap.

I Don’t Buy It

From this perspective, underground hip hop now seems even further below mainstream Hip Hop than it did before! This is why I’d argue that the only real distinction between mainstream and underground Hip Hop is in the mind of the listener. After all, rap music is art, and therefore subject to interpretation by those that encounter it. The American way of life is predicated upon capitalism (indeed I’m writing this article for a check) and as a result much of our mindset is based on consumerism.

We perceive a tremendous difference between 50 Cent and Mos Def (despite their striking similarities) because one is more prone to consumerism than the other. Some Hip Hop music is more easily packaged and sold because it resonates with the American ethos of the almighty dollar. Some, not so much. To the degree that it fits that bill, we call it mainstream. That is the only difference: not quality, not message, and not profundity; but perception. Get Your Mind Right: It is mainstream if it can be commercialized (and it all is being commercialized). Period.

The brilliant artist and thinker Andy Warhol once said: “Why do people think artists are special? It’s just another job.”

As far as Hip Hop goes, I’d have to agree.

If Hip Hop was born in the late 1970s, then it hit the block selling when it was only seven years old. In 1986, rap icons Run-DMC (guided by the Geppetto of Hip Hop himself, Russell Simmons) made “My Adidas” a song about, well Adidas. The brand actually was the natural sneaker choice of the group, and the song quickly became a hit. Legend has it that during a tour stop on their Raising Hell Tour in Madison Square Garden, (Rev) Run cut the music and commanded everyone to take off a shoe and put it in the air.

Question: Why would anyone do that? Answer: Because Adidas reps were in the building (invited by Simmons), and Russell wanted them to literally see how powerful product-placement in rap songs could be. A sold-out arena obliged, raising thousands of brand-new shell-toes into the air; raising with them the awareness in corporate circles that Hip Hop had tremendous unbridled marketing potential. According to The Village Voice, Run-D.M.C. received $1.5 million dollars to endorse Adidas.

That was a little over two decades ago. In that time rappers have gone from relatively subtle mentions of products in their songs to blatant harping on them. And, like the true ballers in the NBA and NFL, they are cashing in. Here are some notable examples:

-In 2002 Reebok signed Jay-Z to design and endorse his own signature shoe. The launch of the “S. Carter Collection” in June 2003 was telling: The shoes sold completely out in three days.

-In 2003, on the heels of his mega-hit “Air-Force One’s” Nike and Nelly agreed on a one-year endorsement deal to release a limited-edition sneaker called the “Air Derrty.” Nelly would later go on to sign another endorsement deal with Reebok.

-In 2004, Bad Boy & Sean John CEO Diddy did an endorsement deal with Guthy-Renker, makers of Proactiv Solution. In 2007, he inked a multi-year deal to develop Ciroc vodka.

-In 2005 rap star Xzibit signed an endorsement deal with athletic footwear manufacturer Dada to produce shoes. The line was named “Pimp Your Kicks,” alluding to Xzibit‘s role as host of the MTV show Pimp My Ride.

-In March 2006 Lil Wayne, Lupe Fiasco, Mike Jones and Daddy Yankee made their debuts as the new faces of Reebok. The artists signed deals with the company and appeared in Reebok ads. They also introduced co-branded footwear and, in some cases, apparel lines.

-Just last year Pharrell Williams of the Neptunes was signed by Pepsi to design a custom Pepsi can as part of the company’s “Design Our Can” promo-campaign.

– In 2006 Jay-Z signed on with Anheuser-Busch as an official rep for Budweiser Select. (Ironically, Jay’s first commercial ever was for Heineken in 2003 after the release of the Blueprint 2.1.)

One of the more interesting aspects of American life is the fact that we actually like watching commercials. Television commercials are, of course, the reason why network television shows exist. On some level though, one has to respect the pure marketing genius that creates the illusion that you are watching Law & Order: SVU with commercial interruptions; as opposed to watching commercials interrupted by detectives Benson and Stabler.

Hip Hop has certainly made its mark on television commercials; here are a couple of my personal favorites, in no particular order.

Kanye, Luda, and Game kick verses to each other over their Boost Mobile phones. Game is in L.A., Luda is in the A and Kanye is in the Chi; but the result is a pretty decent soundtrack. In fact, it’s better than most of the stuff I hear on the radio these days. Brilliant.

This one shows Beyonce walking up to a gas station attendant to ask for directions. As the guy looks up at her with her hair flowing all around her he’s unable to do more than squeak in response; which she of course understands perfectly. After all she is Beyonce.

An extended parody of the Night at the Roxbury head-nod phenomenon, in which the whole world goes from nodding-off with boredom to nodding in rhythm, thanks to Diet Pepsi Max. Definitely some over-acting in this one, but still a winner.

Young MC dropped some truly classic ish like: Cool cans are coming so don’t be afraid/ If you get lucky then you might get paid. And To be cool and somewhat respectable/ pick up Pepsi in these hype receptacles. And I’ll bet you don’t remember those Taco Bell commercials… I’m Young MC with a story to tell/ I just got a free cup from Taco Bell. Classic.

Horrible commercial, but it’s on my favorite list because of its irony.

“I might’ve failed to mention that this chick was creative/ But once the man got to her he altered her native/ Told her if she got an image and a gimmick/ that she could make money, and she did it like a dummy/ Now I see her in commercials, she’s universal

She used to only swing it with the inner-city circle…“

In the final analysis, the inherent commercialism in hip hop has created a world in which artists must be as marketable as they are talented. Artists now have to “brand” themselves in order to be commercially successful. Again, some of my favorites:

Not only does Hip Hop advertise for corporate America, mainstream hip hop operates like corporate America. And no wonder…now you’re average rapper with a record deal is selling more than just records. “Artists” will continue to peddle alcohol, automobiles, sneakers, technology, vitamin water, and whatever else they can, all in the name of Hip Hop. But Get Your Mind Right: Hip Hop (to those that know) is much more than marketing campaigns and dollar signs.