Master P Doesn't Give A F*ck In "Middle Finga"

The Ice Cream Man Master P takes no days off as he continues to grind in the studio to whip up more Ghetto D for his fans. The New Orleans Rap boss drops the new official music video for his street classic “Middle Finga,” off the album The Grind Don’t Stop. The colonel of The Tank doesn’t miss a beat as he’s back to his old ways supplying the world with No Limit Bout It music that created his stardom. The boss of all bosses has sold over 75 million records and made history twice and is even more relevant in the 21st century as his rowdy fan base gets younger and his loyal fan base stays true.

“Middle Finga” was produced by BlaQnMilD, as the new music video takes you on a journey through the Crescent City, just a taste of what the industry is going to get with the upcoming Master P biopic King of The South. Master P says, “Middle Finga” is a motivational record. I made this song for everybody that’s chasing dreams and has haters trying to stop them.” 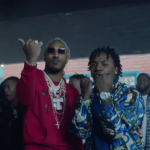 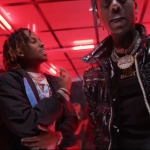 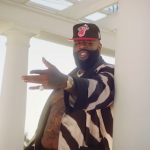