Caskey's "Wish U Were Here" Gets Short Film Treatment

It’s a common tale: Relationship gone distant, passions interfering with professions, love put on hiatus. If you haven’t experienced a relationship like Caskey describes in his short-film-slash-EP, Wish U Were Here, you probably haven’t been alive long enough to see three Presidents. The Cash Money artist tells DX that the project is about his girlfriend’s decision to move to Asia. “I know I done said a lot of fuck shit,” he emotes on the release. “But I didn’t mean those things… I made a plan and put into motion / You made a plan to go across the ocean.”

Wish U Were Here was released in February, just in time for Valentine’s Day. Its singular focus differs from the well-received, Black Sheep 3. On the surface, the project targets the ladies, but Caskey’s received an unexpected response. “I’m surprised how many guys hit me about the music,” he says. “They’re hitting me on Snapchat and Instagram. Guys are listening to ‘Call Me.’” Away from fans, Caskey’s profile continues to rise throughout the industry. “I feel like there’s a lot of eyes that have spoke up about the support,” he says. “I met Timbaland the other day. He loves Black Sheep, too.”

Expect to see a lot of Caskey in 2016. He still plans to release visuals for Black Sheep 3, and also plans another release later this year. “I’m getting the studio built right now,” he concludes. “I’m going content crazy—high quality content.”

Listen to Wish U Were Here below:

YungManny Takes Fans Down 'The Road' To Fame 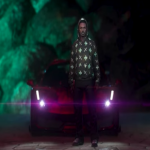 Directed and animated by Alessandro Wiliam. 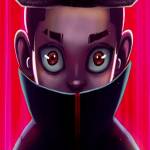 YungManny Takes Fans Down 'The Road' To Fame 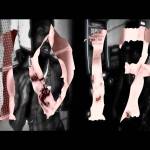 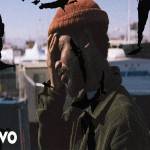 Directed by Alexander and The Haus.